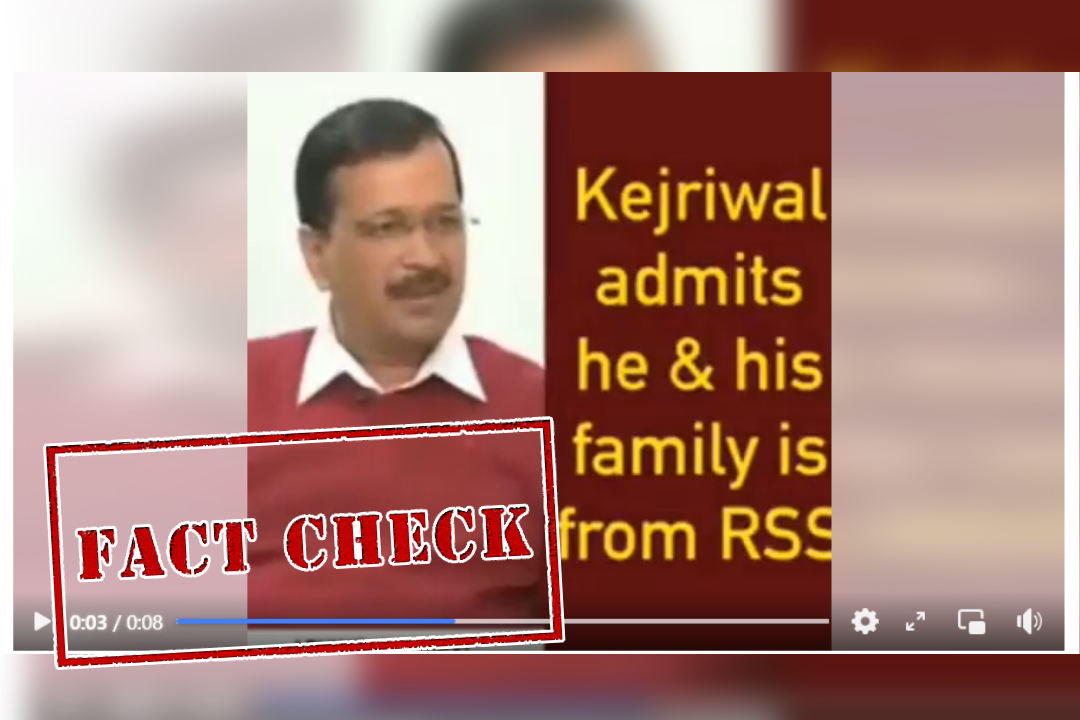 A 7-second video clip is being shared on social media in which Delhi Chief Minister Arvind Kejriwal can be heard saying, “Our family was of the Jan Sangh Parivar. We are born ‘BJPwallah’. My father was in Jan Sangh. He went to jail during the emergency.” 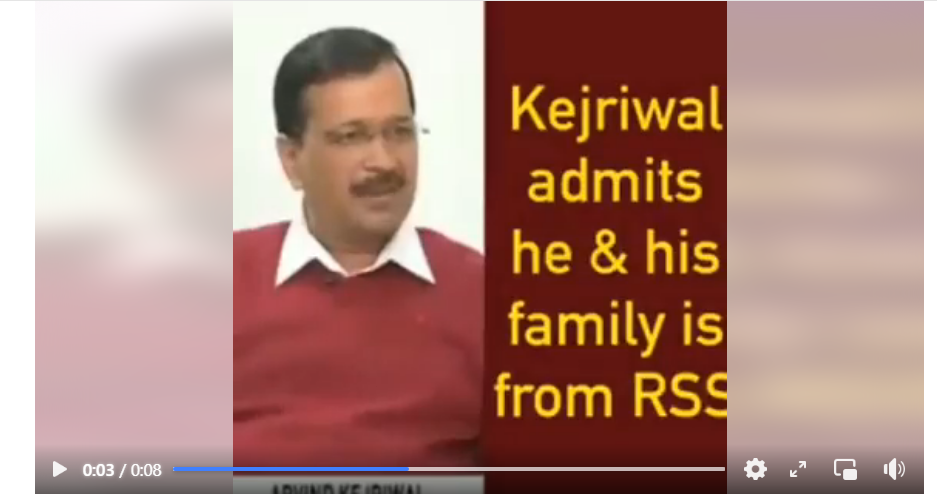 The video is being widely shared on Twitter as well.

Using the InVid tool, we extracted keyframes from the video and performed a Reverse Image Search. During this, we found some social media posts from last year in which similar claims were made by sharing this clip, but we did not find any credible report corroborating the viral claim.

Searching further, we found a YouTube video uploaded on NDTV dated February 4, 2020, in which Arvind Kejriwal can be seen wearing the same clothes as in the viral video. After watching the full video, we came to know that he was talking about a Bharatiya Janata Party worker and not about himself. 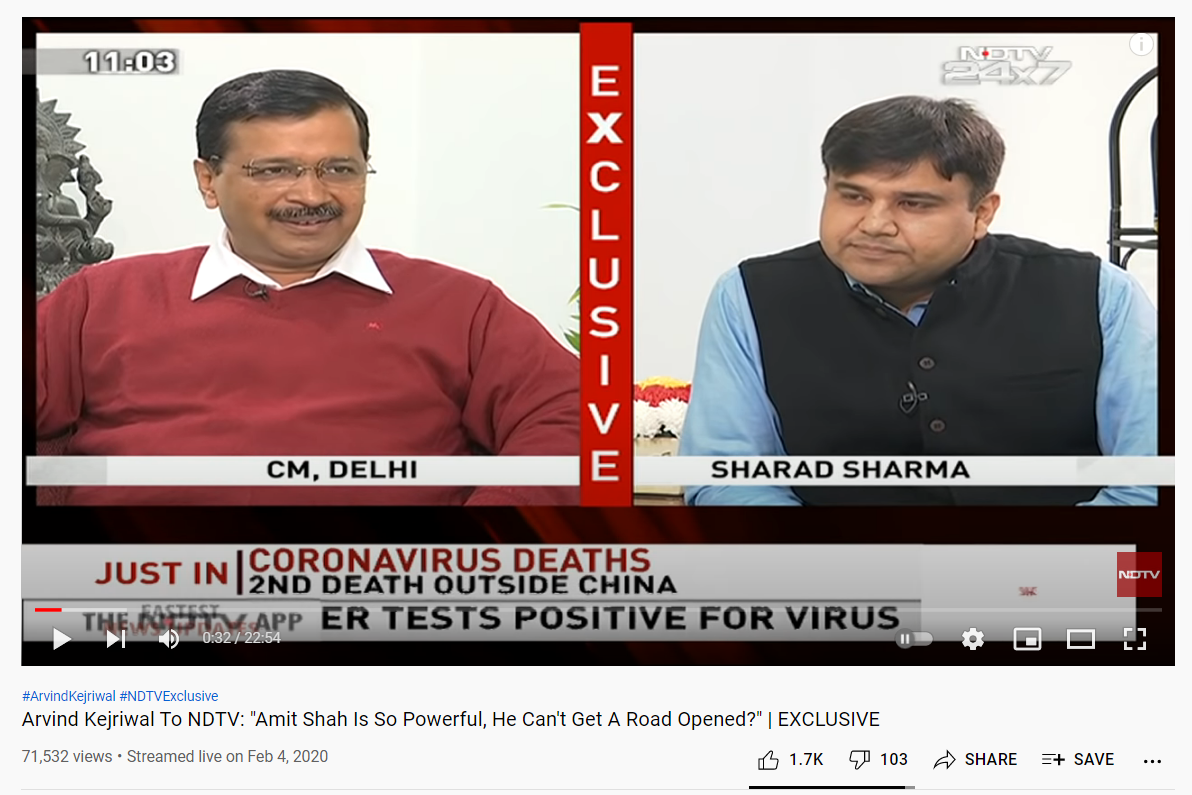 At 7:15 seconds of the video received, Kejriwal was speaking, “I saw a BJP man saying on a channel that we are a Jan Sangh family, we are born BJP, my father was in Jan Sangh, Emergency I went to jail, but this time I will vote for Kejriwal because my child studies in a government school and earlier government schools were in such a bad condition. He made my child’s future.” Kejriwal had said this in his interview. But the 8-second part of the video is being cut and shared on social media with false claims.

Thus, it is evident from the above information that an old clip, in which Arvind Kejriwal is talking about a BJP worker, is now being shared with false claims.