Fact Check: No, The Girl Dancing In This Video Is Not Amitabh Bachchan’s Granddaughter Aaradhya | Newsmobile
Sunday, February 5, 2023

Home NM FACT CHECKER Fact Check: No, The Girl Dancing In This Video Is Not Amitabh... 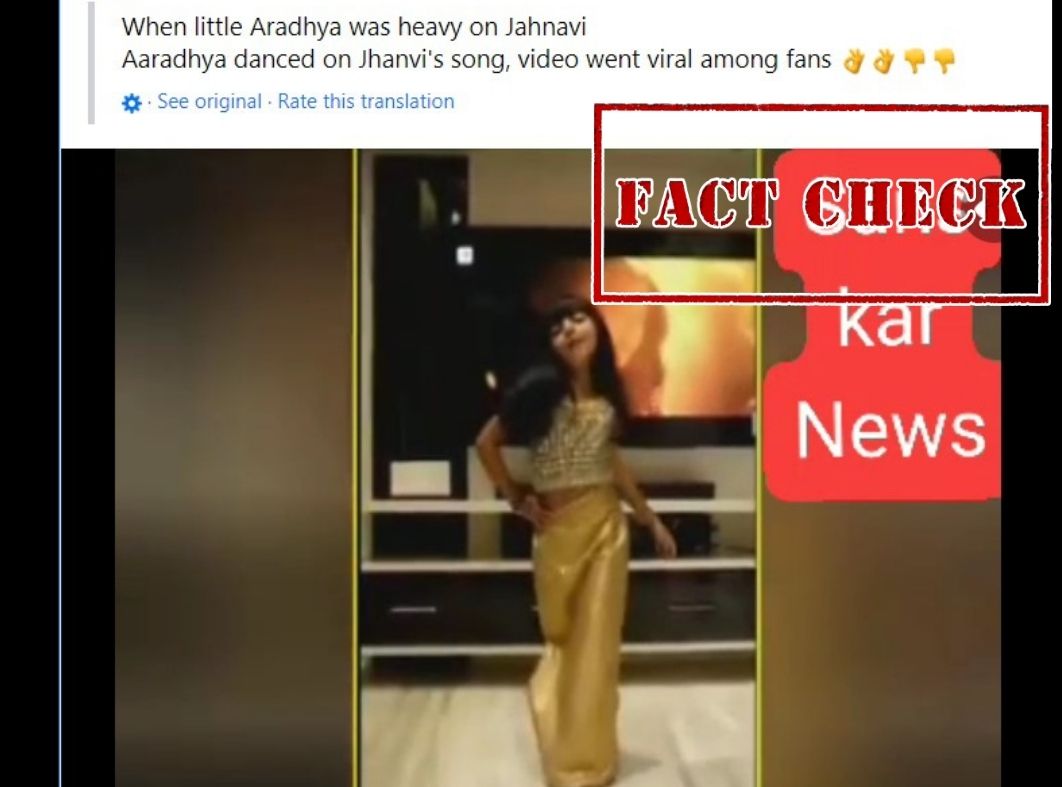 On November 16, Bollywood megastar Amitabh Bachchan’s granddaughter and Aishwarya  Rai and Abhishek Bachchan’s daughter Aaradhya turned 10. In this backdrop, a video started doing rounds on social media platforms showing a young girl dancing to the Bollywood number ‘Let the Music Play’ with a claim that she is Aaradhya.

A Facebook user shared the video with a Hindi caption that translates in English to, “When Aaradhya outdid Jhanvi. Aaradhya danced on Jhanvi’s song, the video went viral among fans.” 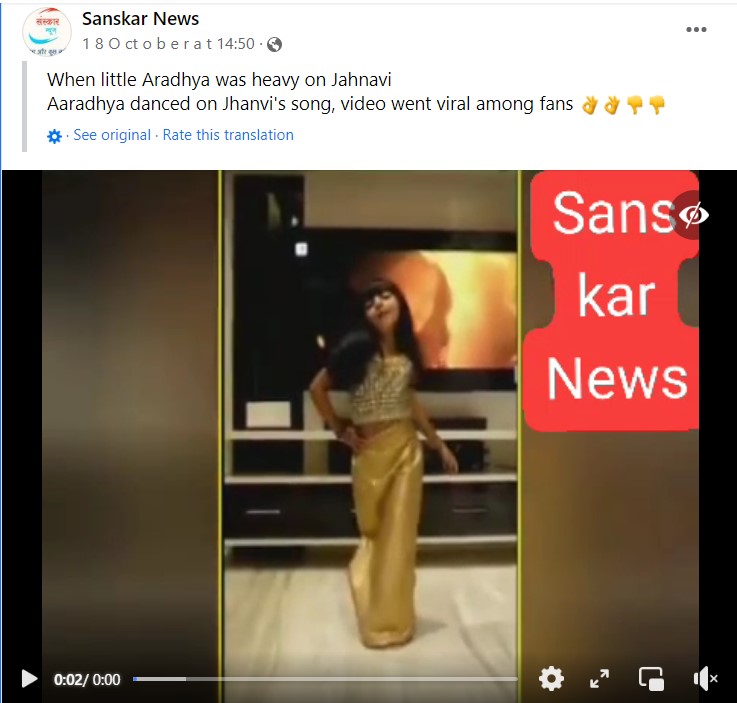 The same video is also being shared on YouTube with the same claim. Similar posts can video found here and here.

NewsMobile fact-checked the viral video and found that it was being shared with a false claim.

With the help of Reverse Image Search, we found this video uploaded on a YouTube channel named ‘Tania & Sony’ on April 9, 2021. The channel has many videos of a young girl dancing to different songs. As per the description, the girl in the viral video is Tania Dalsania.

On performing relevant keyword searches, we found the Instagram page of the mother-daughter duo, Tania and Sony, who often share their dance videos on social media platforms. The viral video has also been shared on their Instagram page. 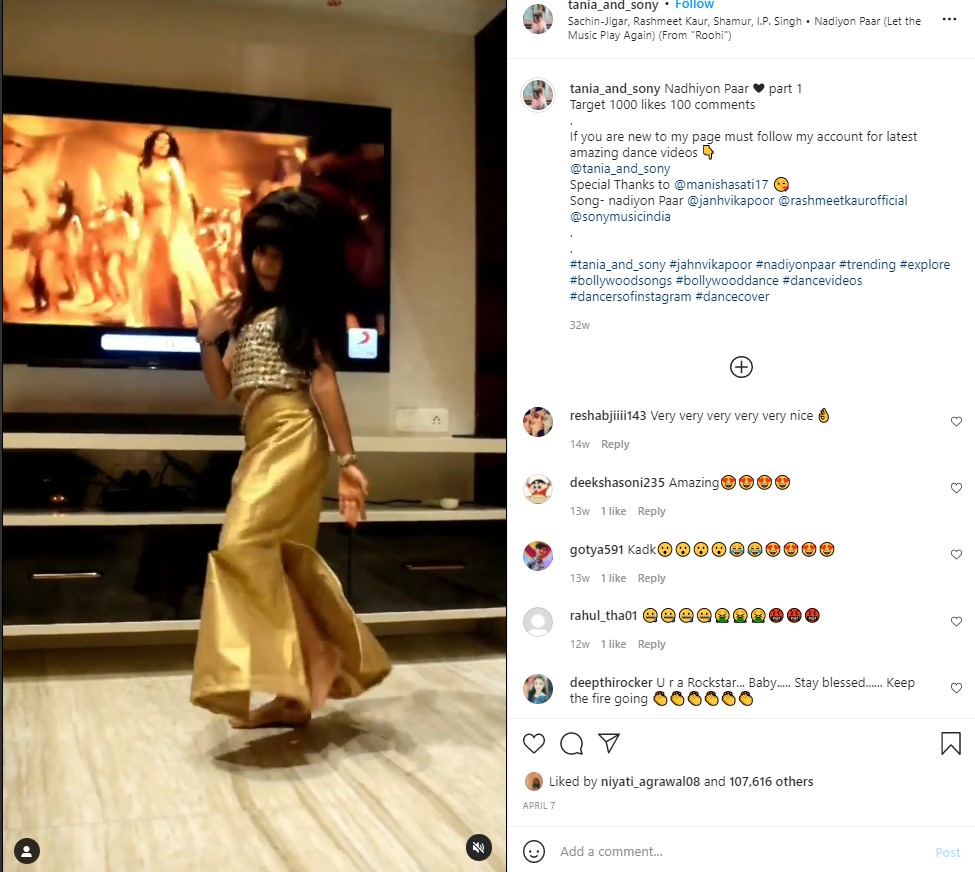 We found that some of Tania’s dance videos have gone viral many times in the past as well and have also been covered by media. Related reports can be found here and here.

Moreover, a closer look at the viral video reveals a marked difference between Tania Dalsania and Aaradhya Bachchan’s facial features. 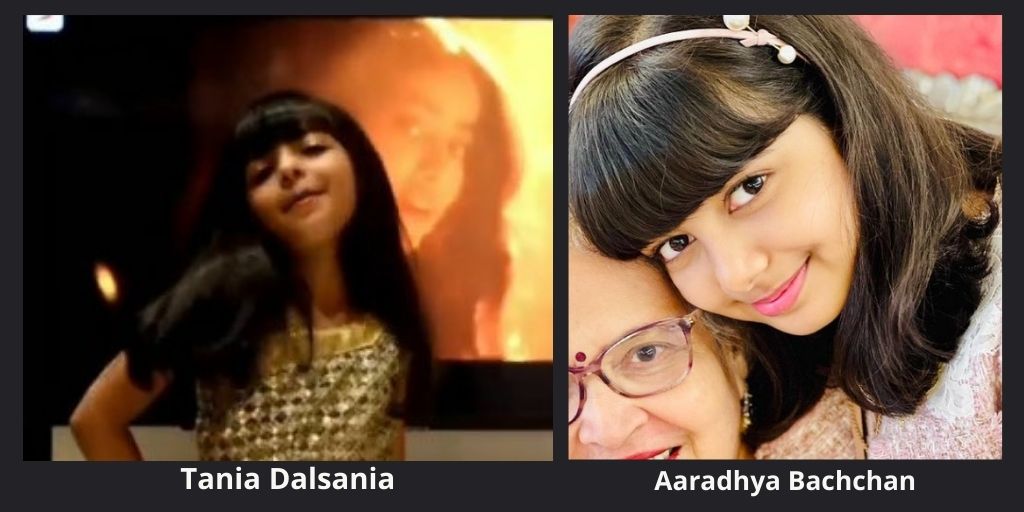 Therefore, we can conclude that the video showing a young girl dancing to a Bollywood song is being falsely shared as that of Aishwarya Rai and Abhishek Bachchan’s daughter Aaradhya’s.