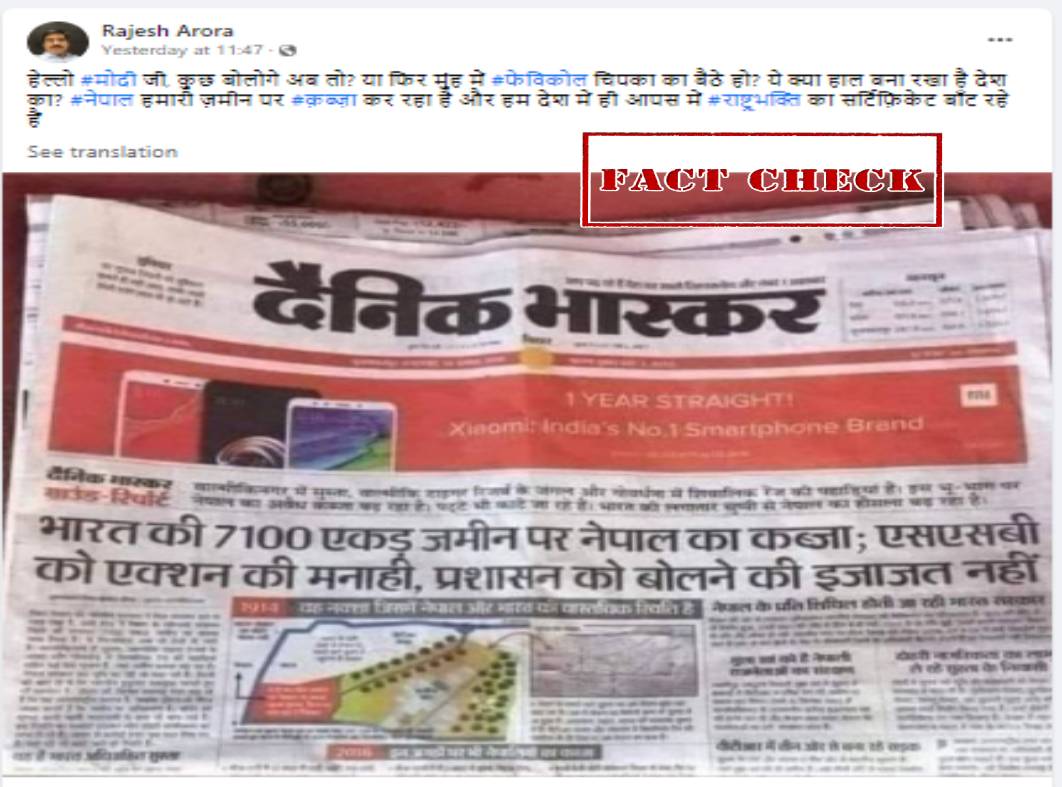 A newspaper clipping is being widely shared on social media claiming that Nepal has captured India’s land recently.

The image is being shared with a caption that reads, “ये क्या हाल बना रखा है देश का? नेपाल हमारी ज़मीन पर क़ब्ज़ा कर रहा है और हम देश में ही आपस में राष्ट्र्भक्ति का सर्टिफ़िकेट बाँट रहे हैं” (English translation: What is the condition of this country? Nepal is occupying our land and we are distributing the certificate of nationalism amongst ourselves.) 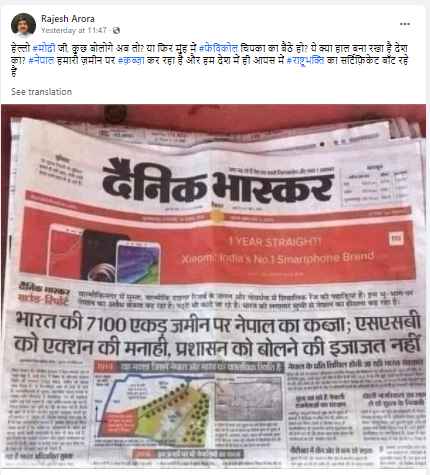 On searching with the keywords mentioned in the newspaper clipping, we found the same story was published by Dainik Bhaskar three years ago. The report read that Nepal has captured 7,100 acre land in Bihar’s West Champaran. Susta in Valmikinagar, jungles of Valmiki Tiger reserves and hills of Shivalik range in Govardhana are some of the areas which had been illegally captured by Nepal as per the report. 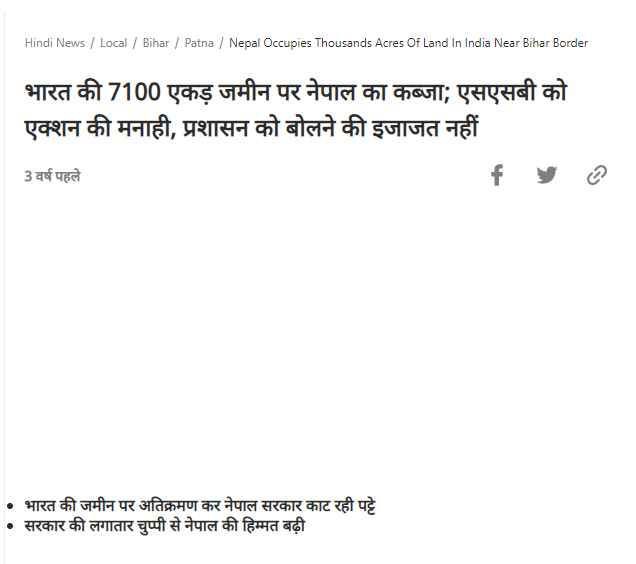 Amar Ujala also reported about the incident on August 17, 2018. According to Amar Ujala, the land captured by Nepal was within a radius of 8 kilometres. 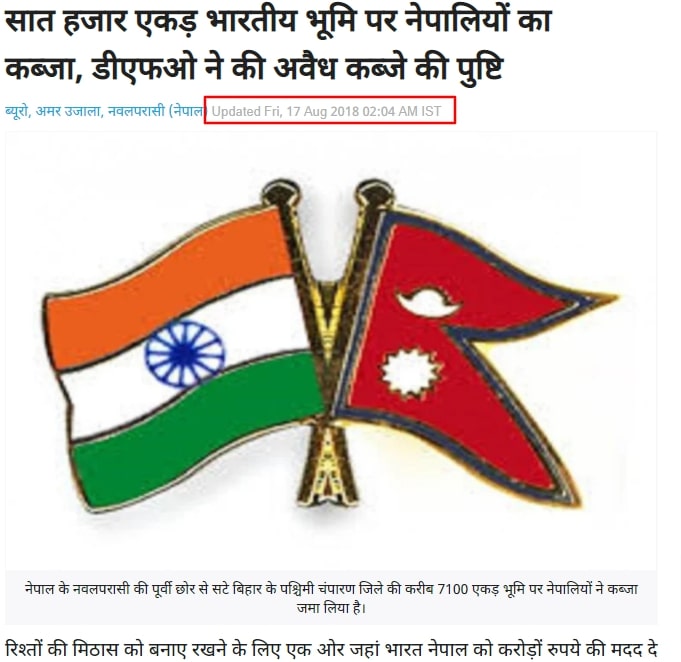 Jansatta also reported about the incident on August 14, 2018.

Thus it is evident that an old newspaper clipping of 2018 has gone viral with a misleading claim that Nepal occupied 7,100 acre land of India recently.