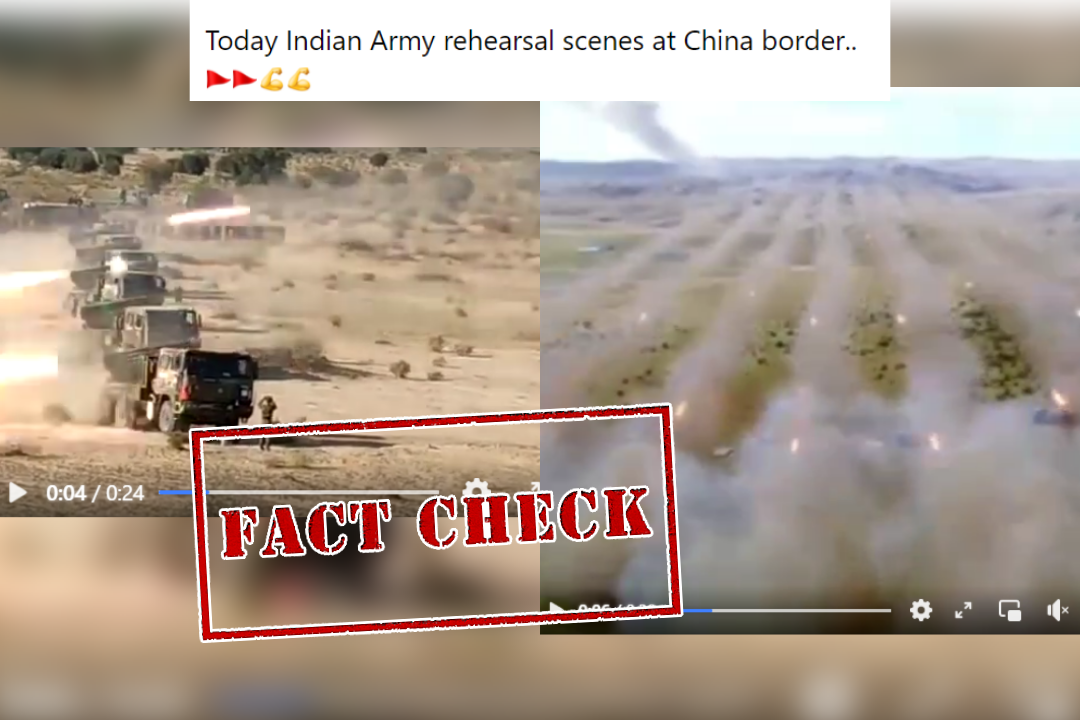 The video is shared on Facebook with a caption in the Telugu language that can be roughly translated in English to, “Rehearsals for the Indian Army on the Chinese border today.” 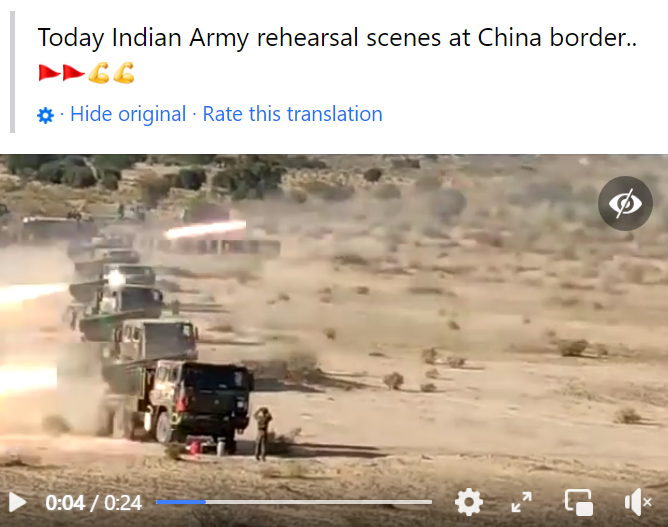 Another video, in which numerous ammunitions can be seen being fired from huge tractors, is also being shared on Facebook with similar claims. 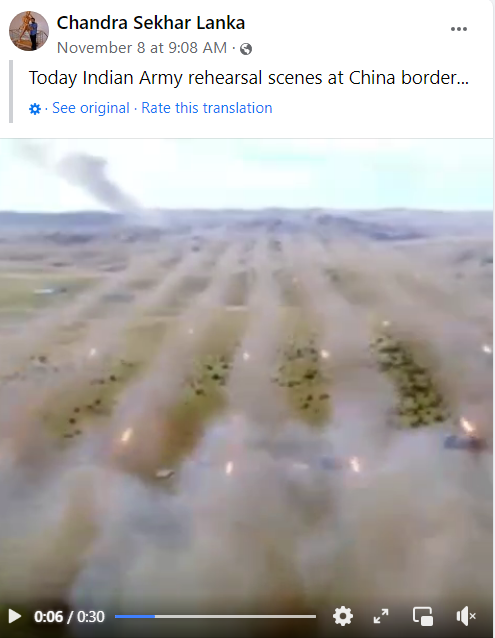 NewsMobile fact-checked the above claim and found that both the videos are old and not related to any military rehearsals conducted at the India-China border.

We did a keyword search but could not find any recent credible media report corroborating the viral claim.

We extracted keyframes from the video using the InVid tool and performed a Reverse Image Search. This search directed us to many YouTube videos that featured the same viral video with the description, “Indian Army BM-21 GRAD Artillery Firing Exercise in Pokharan,” The video was uploaded on May 6, 2021. 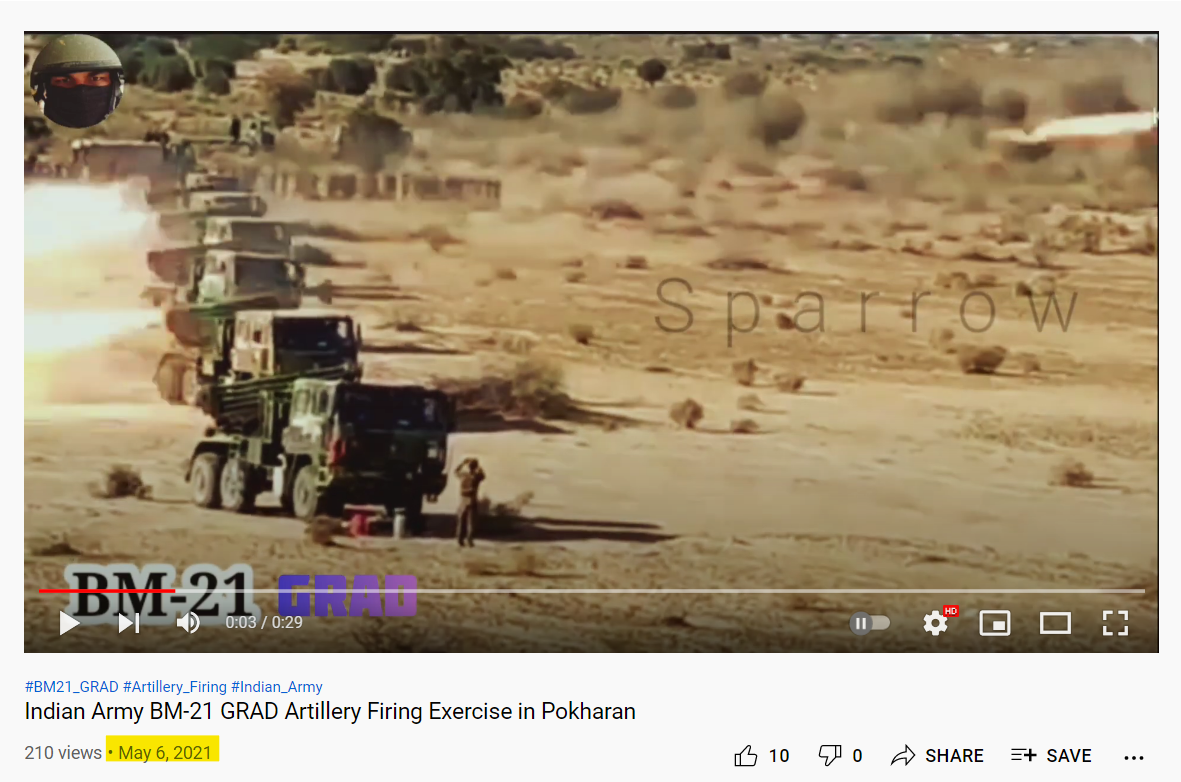 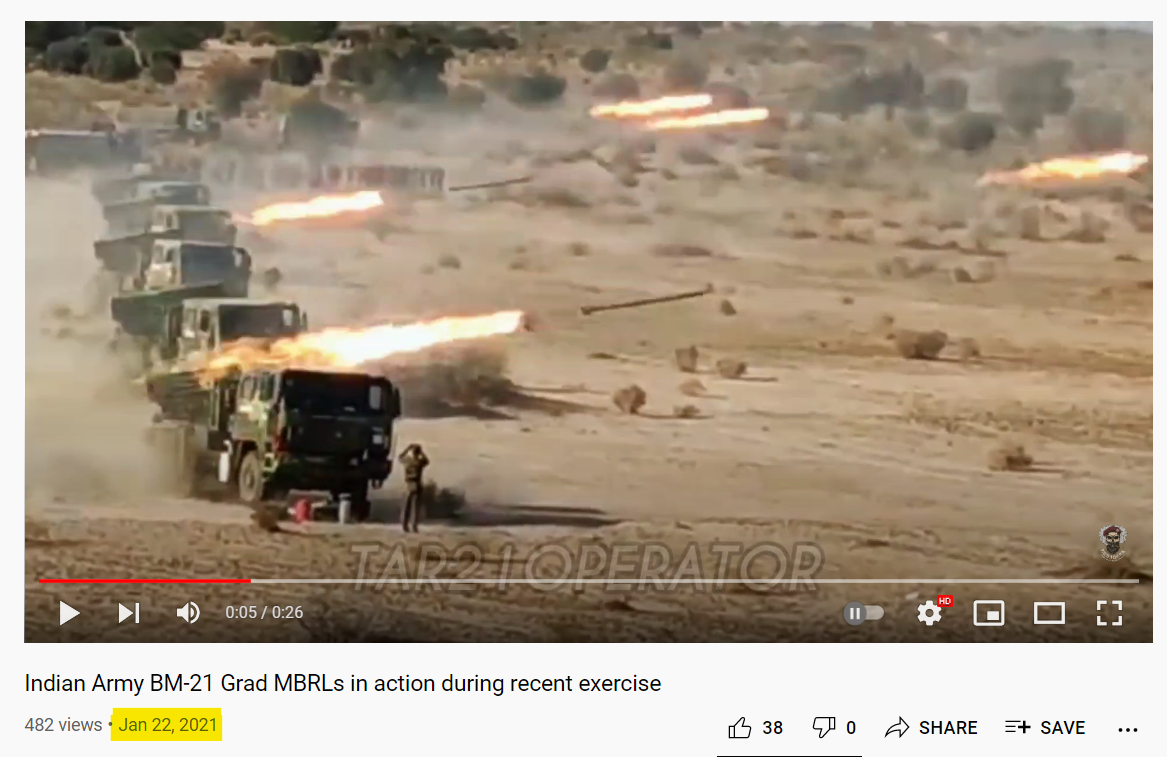 Taking a cue from this, we searched further and found a news report published by IndiaTV on October 19, 2019, that carried visuals similar to the viral video. The headline of the video reads, “Indian Army and IAF holds joint military exercise in Pokhran, Rajasthan.” This evidently means that the viral video is old. 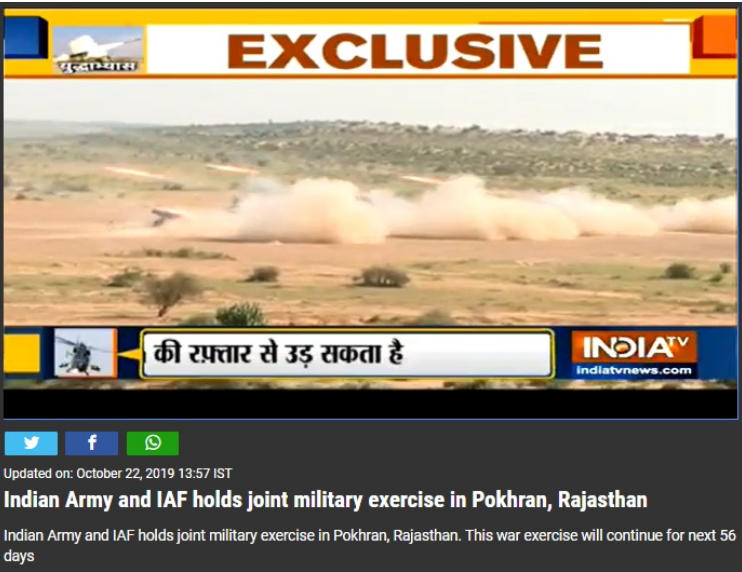 We extracted keyframes from the video using the InVid tool and performed a Reverse Image Search. This search directed us to a Russia based online social networking platform that featured the same video on October 7, 2021, with the caption, “Iranian military sent fire salute to the Republic of Baku.” 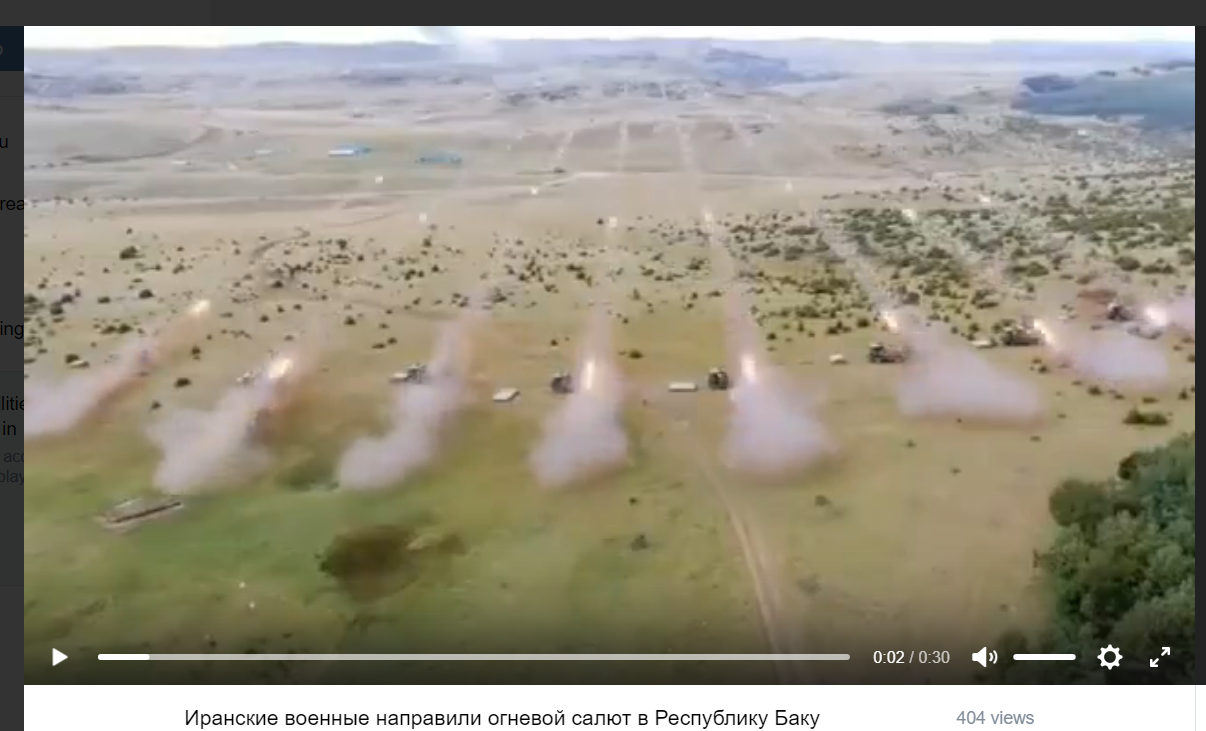 Searching further, we found a news report that embedded the viral video in the article. According to the article dated October 19, 2020, the video shows “Artillery volleys, helicopters, tanks and robots. Serbian exercise “Cooperation 2020” 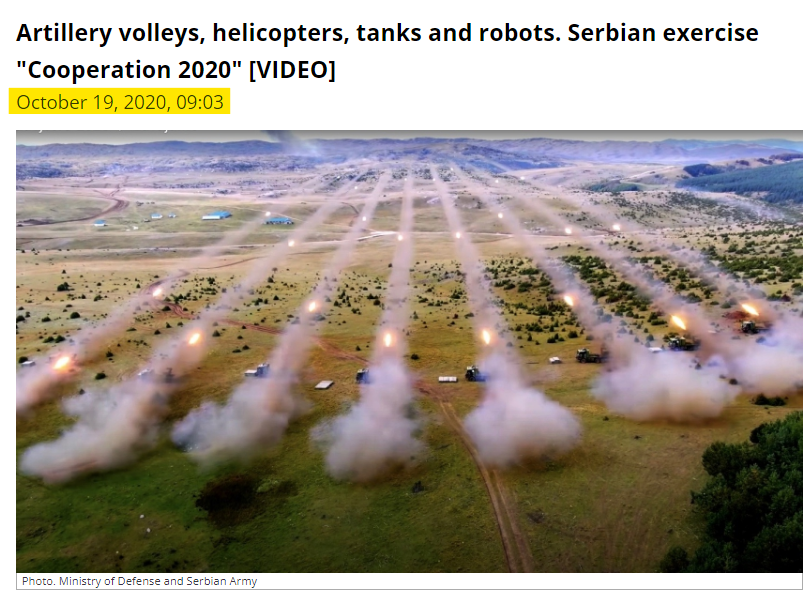 Although we could not independently ascertain the location and origin of the viral video, it is evident from the above information that the video is old and not related to the India-China dispute. Therefore, the viral claim is misleading.