Fact Check: This Video Of ‘Fireworks Ladder’ Was NOT Taken In Ayodhya During Diwali Celebrations | Newsmobile
Saturday, October 1, 2022

Home NM FACT CHECKER Fact Check: This Video Of ‘Fireworks Ladder’ Was NOT Taken In Ayodhya... 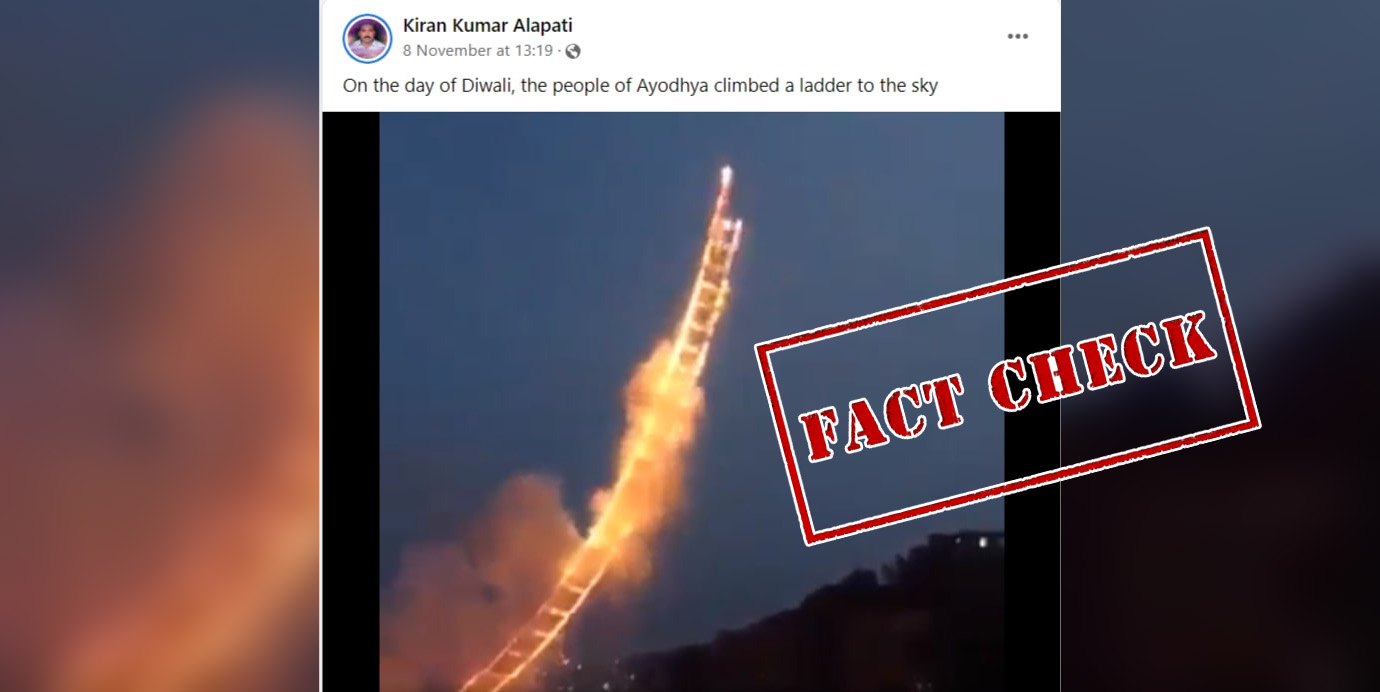 A video of a stunning display of fireworks making a ladder in the sky is being shared on social media. The post claims the video was taken in Ayodhya during Diwali celebration.

“On the day of Diwali, the people of Ayodhya climbed a ladder to the sky,” the Facebook post read. 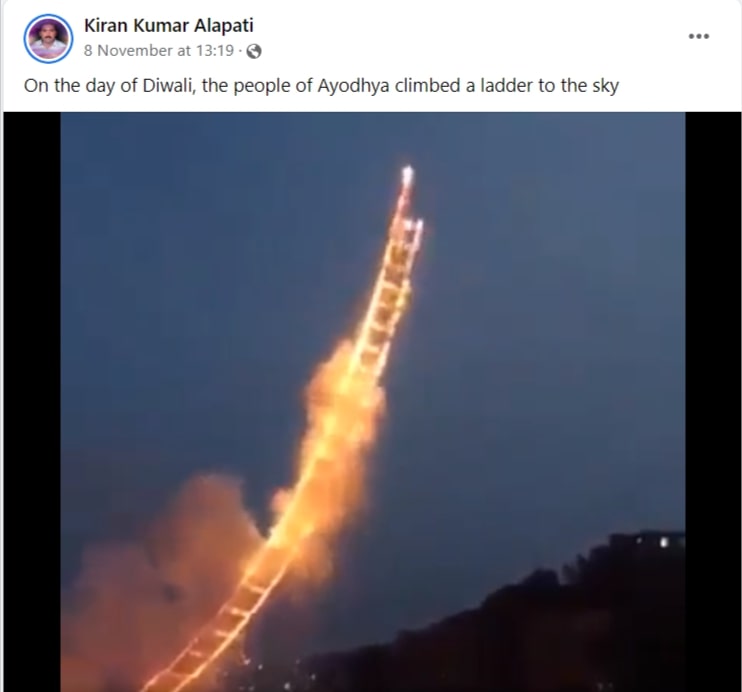 While looking for similar social media posts, we found that the same video was uploaded by a Facebook user in 2015 with the caption, “A Chinese artist created a ladder to heaven of 1,600 feet in height using fireworks in tribute to his grandmother.” 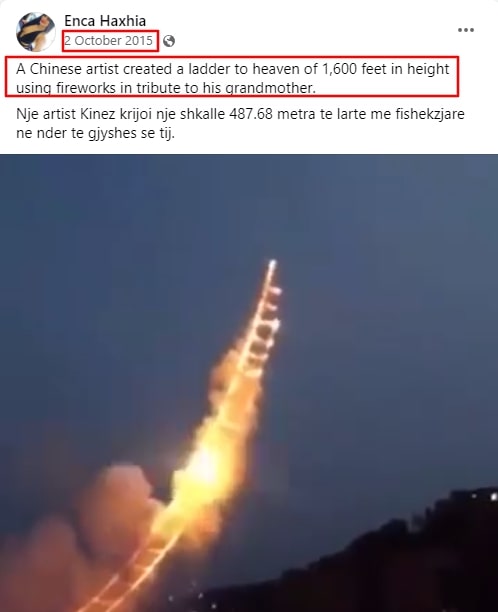 Taking a cue from this, we ran a keyword search and were directed to a Daily Mail from June 2015. “Stairway to heaven: Artist creates stunning 1,650ft ladder in the sky with FIREWORKS,” the headline of the report read.

According to the report, this is the work of a Chinese artist Cai Guo-Qiang. The report mentioned that the ‘The ladder, which was made of metal wire and aluminum, was filled with gunpowder and attached to the bottom of a hot air balloon‘.

The same was also reported by NBC News in August 2015.

According to a report by CNN, dated October 2016, the documentary “Sky Ladder: The Art of Cai Guo-Qiang” is also streaming on Netflix. 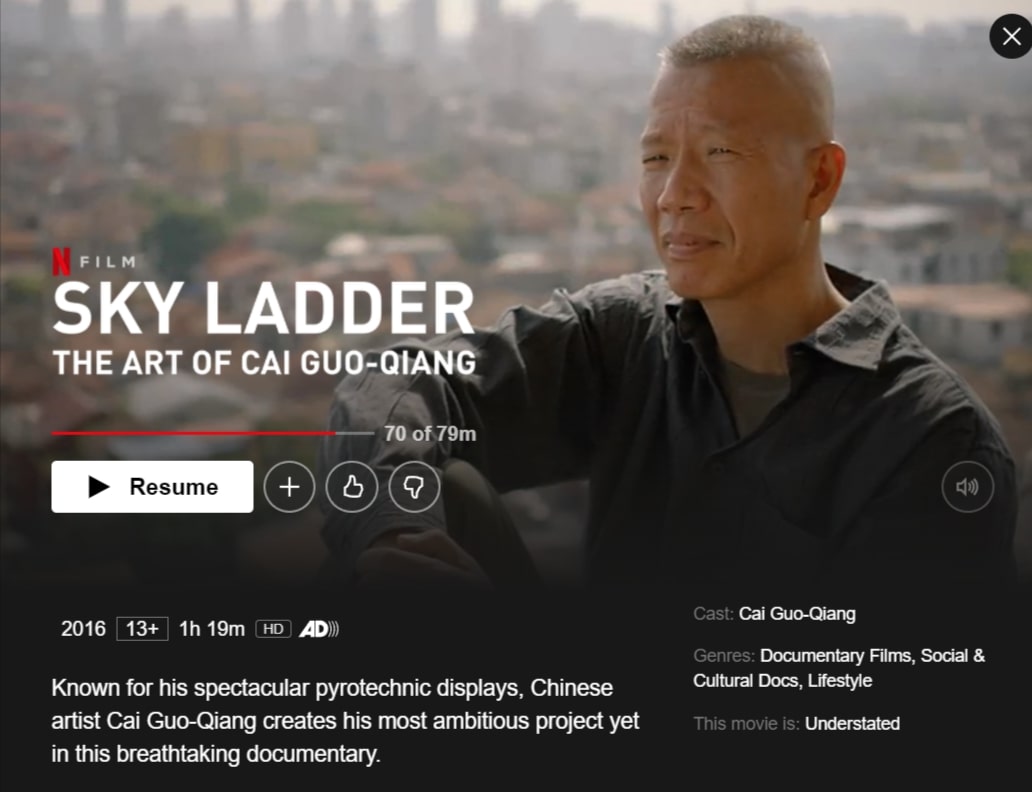 The trailer of the documentary can be seen here.

“If you’re Cai Guo-Qiang, you continue to chase the ambitious dream that has eluded you for 20 years—Sky Ladder—a 1,650-foot ladder of fire climbing into the skies, connecting heaven and earth. Sky Ladder: The Art Of Cai Guo-Qiang is the story of a unique artist at a pivotal moment in his life and times,” the description of the trailer video read.

Hence, from the above information, it is clear that the video is an artwork by Chinese artist Cai Guo-Qiang and does not show ‘Diwali fireworks in Ayodhya’.