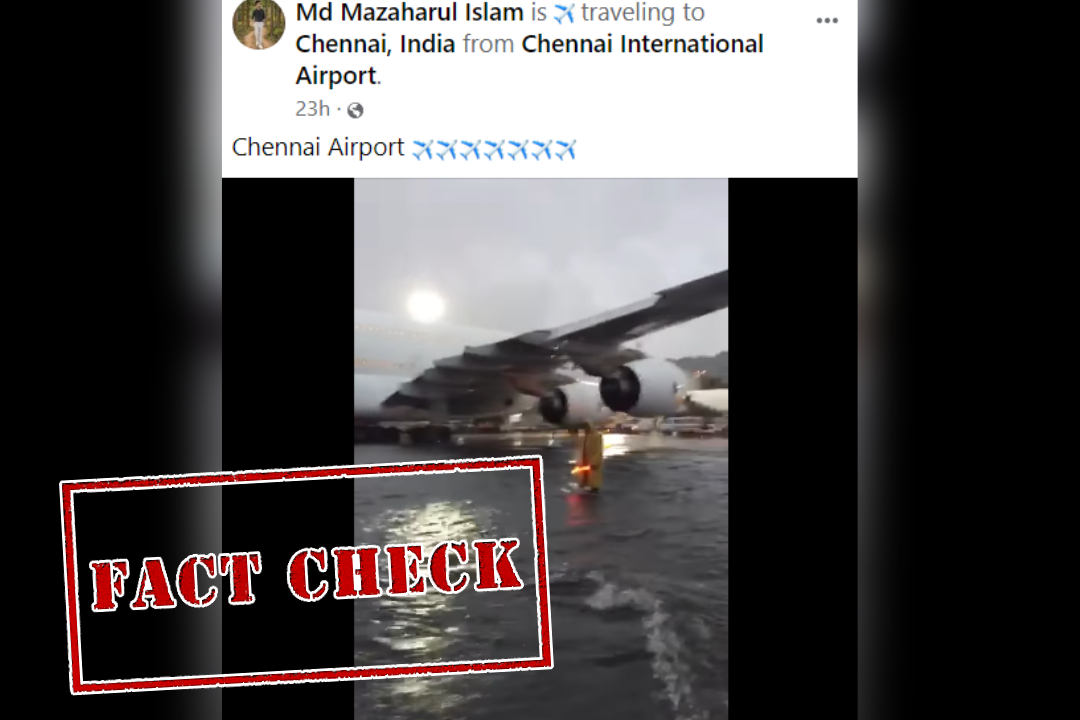 Against this backdrop, a video showing a waterlogged airport has gone viral on social media claiming that it is of Chennai airport.

The video is being shared on Facebook with the caption, “Chennai Airport.” 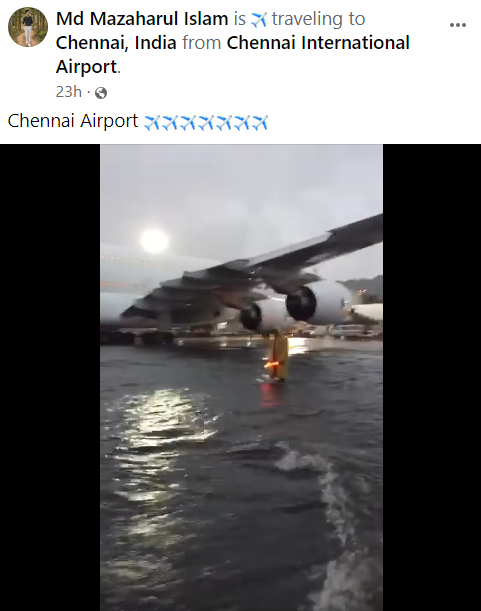 We extracted keyframes from the video using the InVid tool and performed a Reverse Image Search. This search directed us to a news article published by Chilango on August 31, 2017, which carried visuals similar to the viral video. According to the article, the flooded airport is Mexico’s Benito Juarez International Airport or Aeropuerto Internacional de la Cuidad de Mexico (AICM). 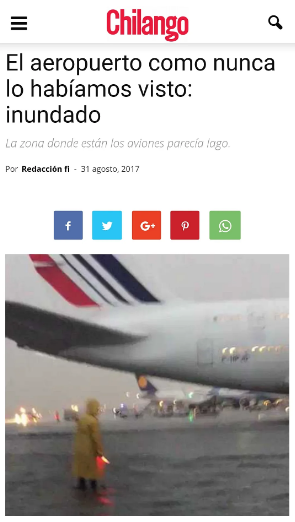 Searching further, we found the same video on the verified Twitter handle of a Mexico based news portal on August 31, 2017. The tweet text translates to, “AICM has suspended operations because of the rains. This is what some track areas look like.”

We also found a tweet uploaded on the official Twitter handle of AICM in which they confirmed that it suspended operations due to heavy rains.

Though Chennai airport suspended flight arrivals from 1:15 pm to 6 pm on November 11, 2021, flight operations are now normal at Chennai Airport.

#Update | Flight operations are normal at Chennai Airport.
Our sincere gratitude to Govt. agencies, airlines, stakeholders & entire staff of airport for the coordinated efforts to tide over the tough situation. We thank all passengers for their understanding and cooperation.

NewsMobile had debunked the same video in October 2020 when it was shared as that of Rajiv Gandhi International Airport (RGIA) in Hyderabad.

Fact Check: Video of flooded airport in Mexico falsely shared as that of Hyderabad

Thus, it is evident from the above information that an old video from Mexico is being falsely shared as that of flooded Chennai airport. Therefore, the viral claim is misleading.