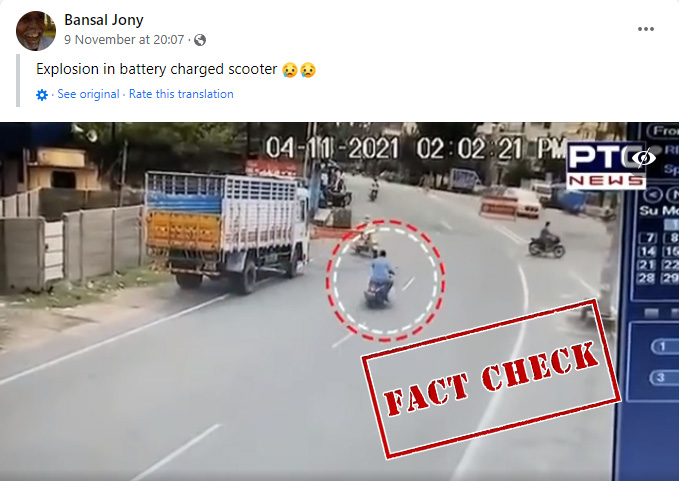 A video of a two-wheeler exploding on the road is being widely shared on social media.

Facebook users shared the video with a Punjabi caption that can be translated in English as, “Explosion in battery charged scooter.” 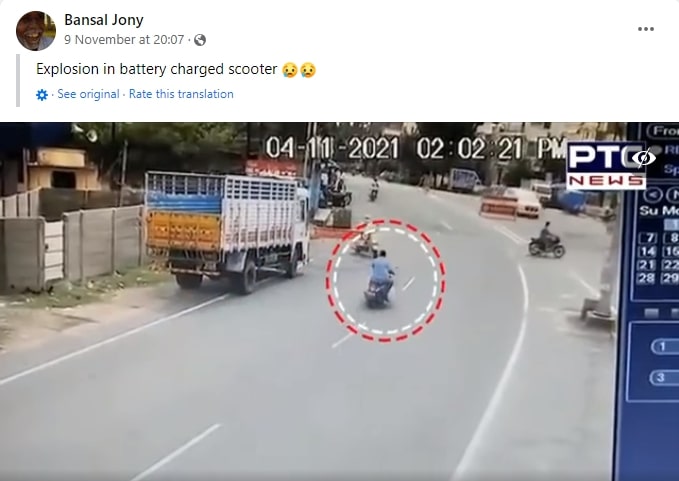 We ran a keyword search long with a Reverse Image search on the keyframes of the video and found the same video in a report by Hindustan Times dated November 5, 2021. “Watch: Moment when firecrackers-laden scooter explodes killing father and son”. 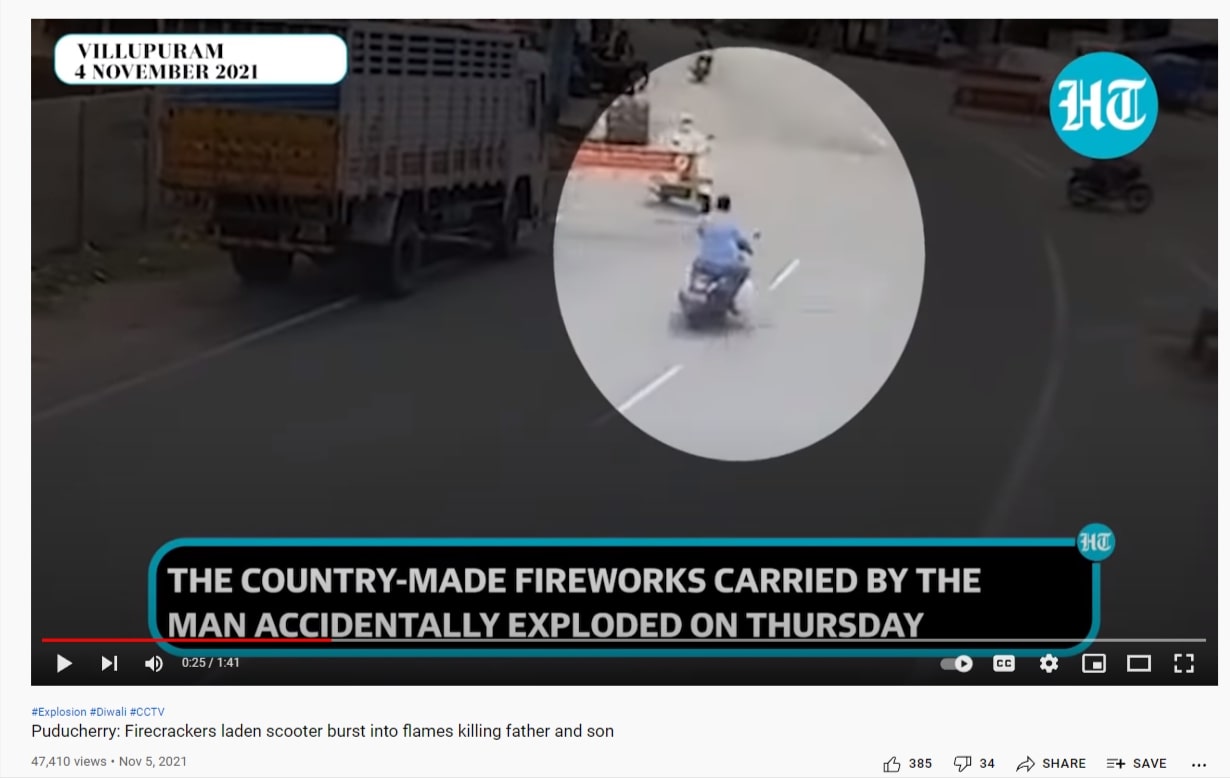 The description of the report read, “A father and his seven-year-old son were killed in an explosion when a bag of country-made firecrackers exploded on Thursday (November 4). The father-son duo died on the spot, as per reports and three more people were injured. CCTV video of the purported incident was circulating on Friday. The deadly explosion on Diwali took place at 1.35 pm between Puducherry and Tamil Nadu.”

The same was reported by NDTV, Indian Express and Outlook on November 5, 2021. 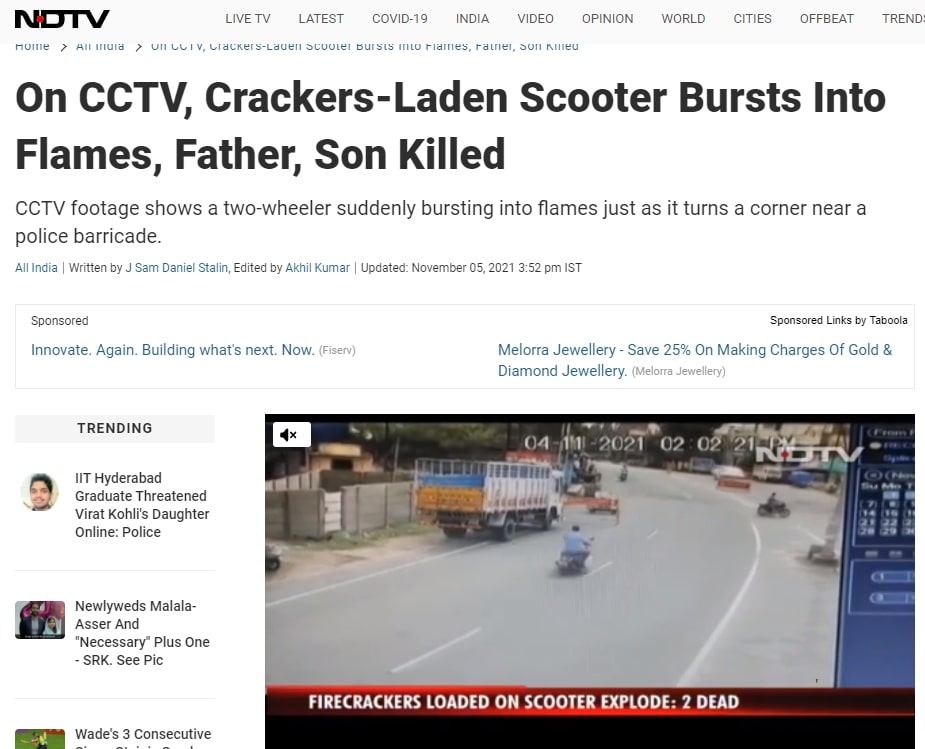 “The boy was seated on two bundles of firecrackers kept tightly tied in the front of the two-wheeler. We believe that friction and pressure led to the explosion,” an officer investigating the accident told NDTV. “The sudden appearance of the other two-wheelers from the opposite side could have led to a jerk, causing friction,” he added.

Moreover, we also looked for a report by PTC News, since their logo was present in the viral video and found their report dated November 6, 2021. However, nowhere in the report was it mentioned that vehicle exploded because it was an electric one.

Hence, from the above information, it is clear that the video is being shared with a misleading claim.