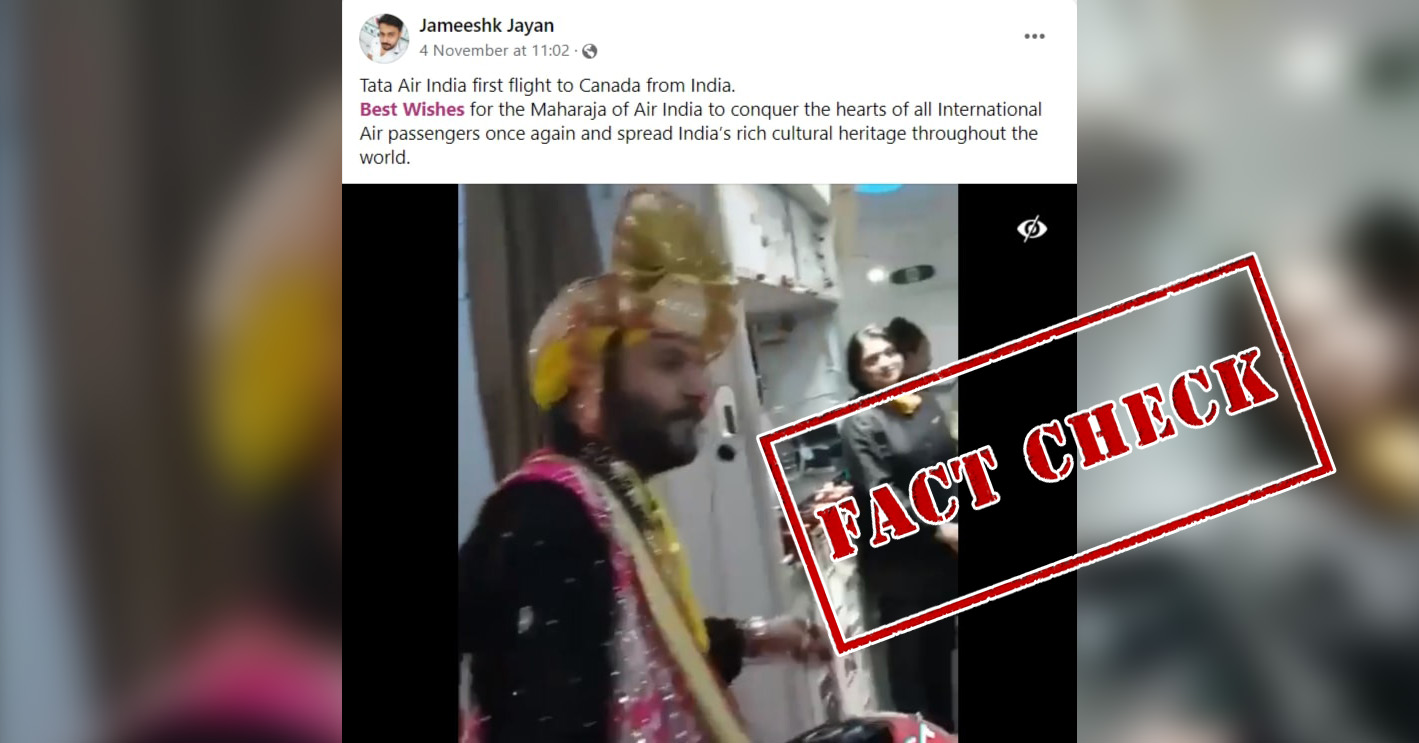 A video of a bhangra performance inside an aircraft is being shared on social media with a claim that it is from Tata Air India’s first flight from India to Canada since Tata Group re-acquired Air India after 68 years.

“Tata Air India first flight to Canada from India. Best Wishes for the Maharaja of Air India to conquer the hearts of all International Air passengers once again and spread India’s rich cultural heritage throughout the world,” the Facebook post read. 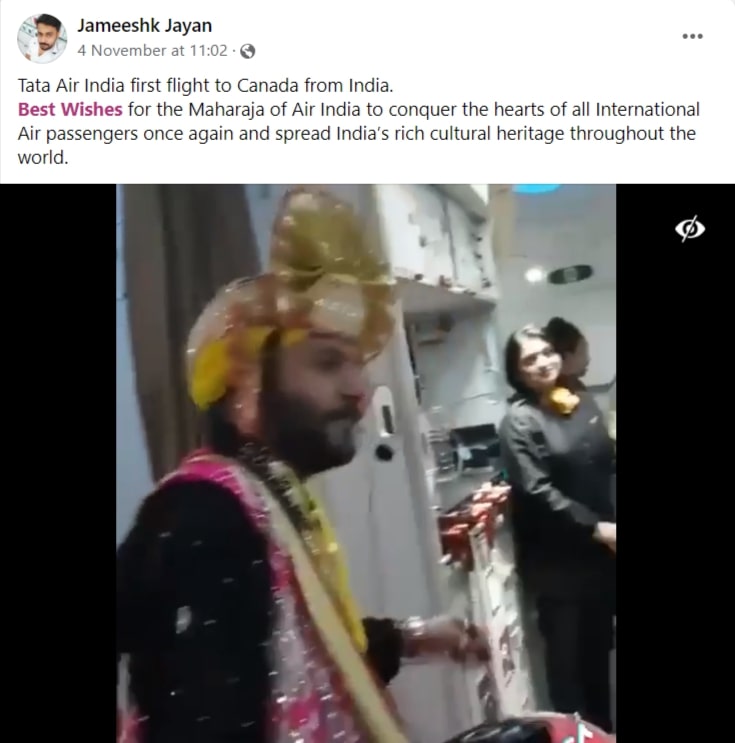 NewsMobile fact-checked the video and found it to be old.

We ran a keyword search and found an article on Inshorts from February 2018. “Bhangra performed in Air India Amritsar-Birmingham flight,” the headline of the report read.

A report by India Today, which featured the same video, stated, “Air India’s special treat for its passengers, as the government-run airline resumed its first flight between Amritsar and Birmingham after a gap of 8 years. Air India decided to celebrate the moment with Bhangra.” 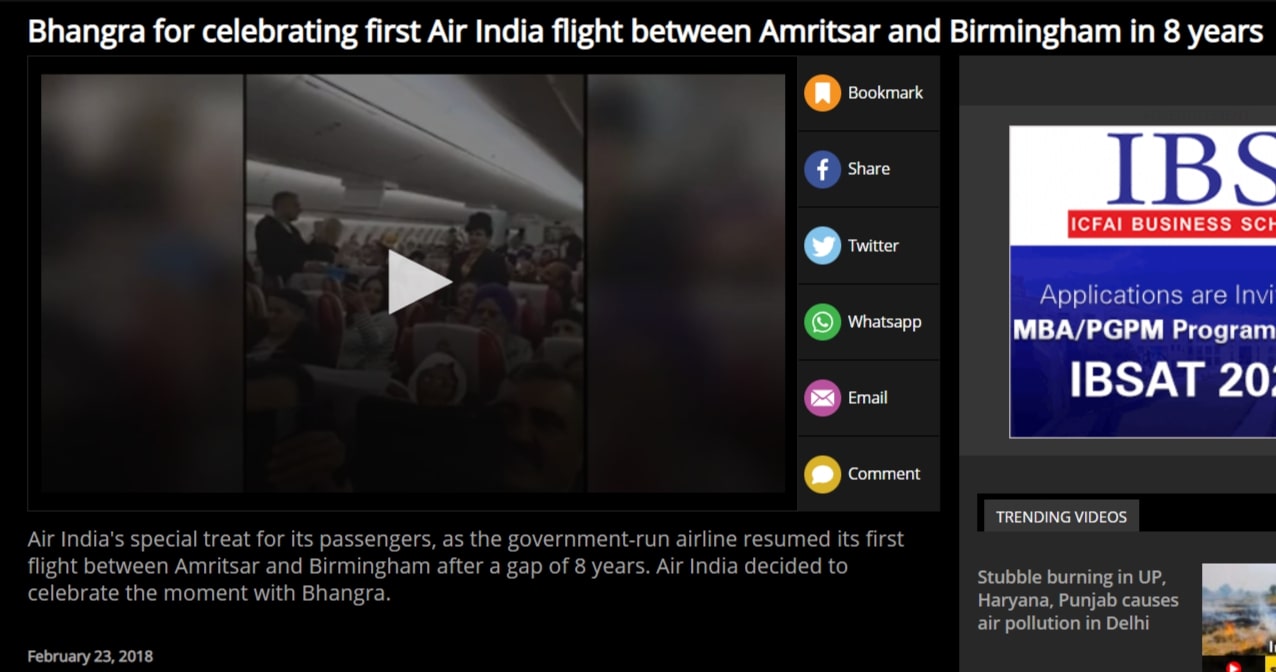 According to a report by NDTV, the performance was put up by a group called  Dhol Blasters. We searched and found that the video was also uploaded on their official website. 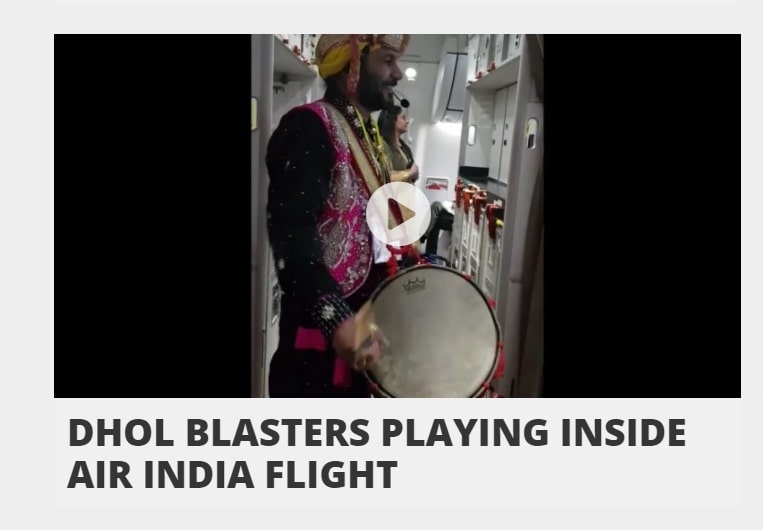 The same video was also uploaded on their YouTube channel on March 9, 2018.

Thus, it is evident that the video is old and is being shared as recent with a misleading claim.