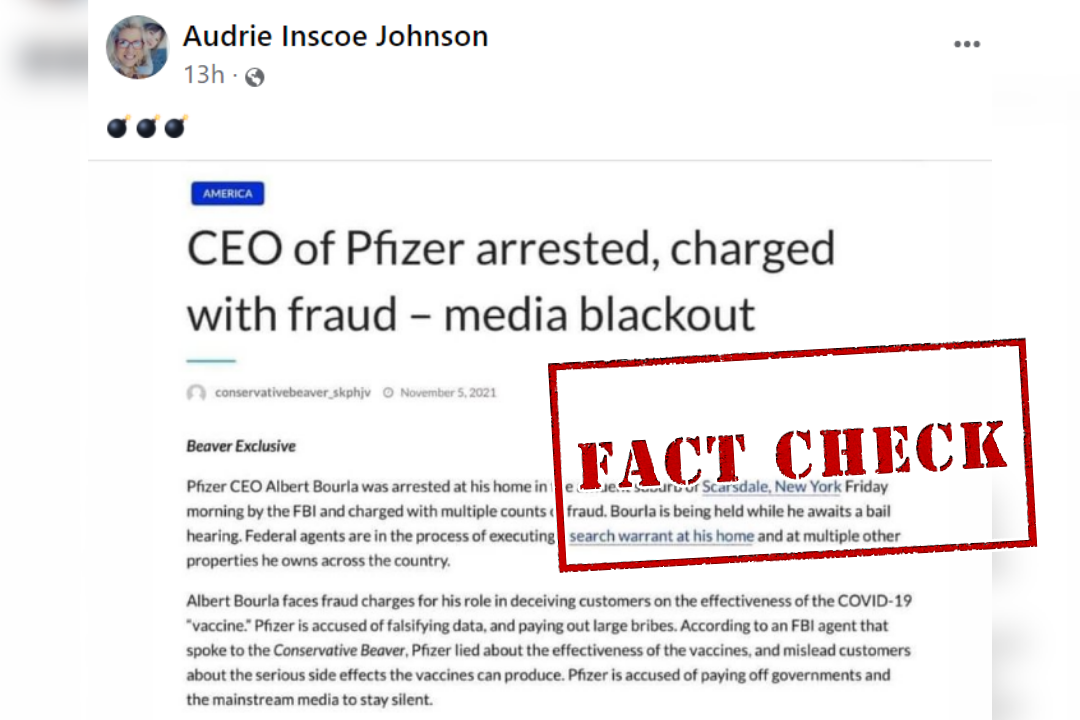 A screenshot of a news article published on November 5, 2021, is being widely shared on social media with a claim that Pfizer CEO Albert Bourla has been arrested by the FBI on charges of fraud for deceiving customers on the effectiveness of COVID-19 vaccine.

The article is being widely shared on Facebook. Check similar posts here, here, here and here.

During our search, we could find several articles that refuted the viral claim stating that “No, Pfizer’s CEO was not arrested by the FBI for fraud”. Check similar news articles here and here. 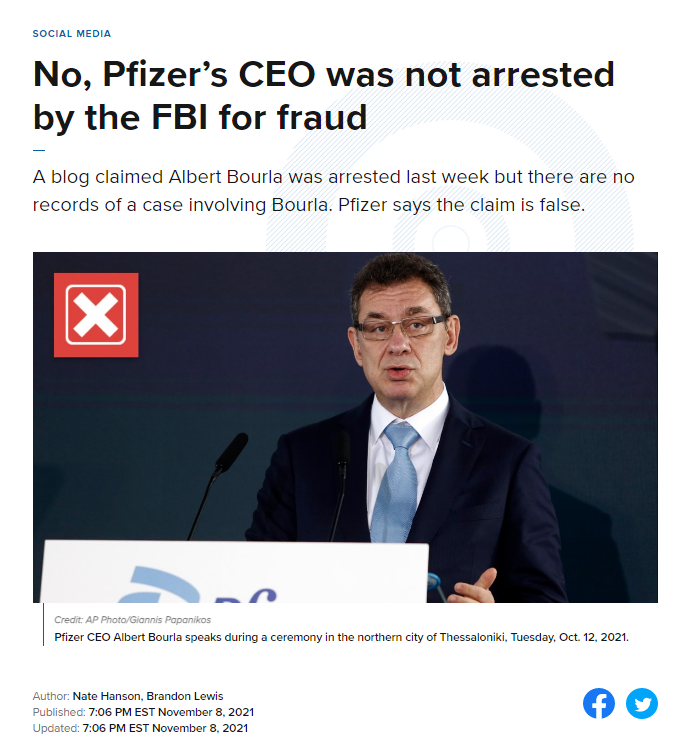 Taking a cue from this, we searched further and found that Pfizer CEO Albert Bourla made several television appearances on November 5, 2021, the day he is claimed to have been arrested. On November 5, Bourla spoke to CNN about the new pill developed by Pfizer to combat COVID-19. On the same day, Bourla interacted with CNBC as well.

Speaking to Politifact, a Pfizer spokesperson refuted the viral claim stating “This is a false claim.”

Thus, it is evident that Pfizer CEO Albert Bourla has not been arrested by the FBI on fraud charges. The viral claim is false.