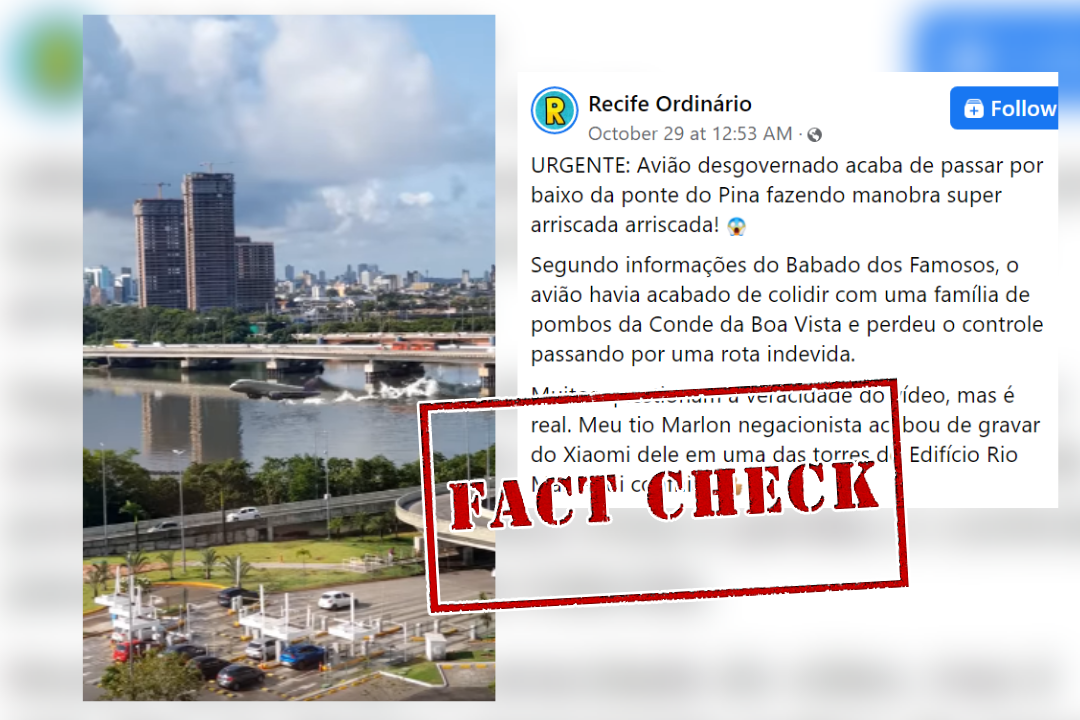 A video in which an aeroplane can be seen passing under a bridge has gone viral on social media. Sharing the video, social media users are stating that a plane passed under the Pina bridge in Brazil.

The video is being shared on Facebook with a caption in Portuguese that can be roughly translated in English to, “URGENT: Runaway plane has just passed under the Pina bridge making a super risky manoeuvre! According to information from Barbados dos Famosos, the plane had just collided with a family of pigeons from Conde da Boa Vista and lost control by going through an improper route. Many question the veracity of the video, but it’s real. My denialist uncle Marlon just recorded his Xiaomi in one of the towers of the Rio Mar Building.” 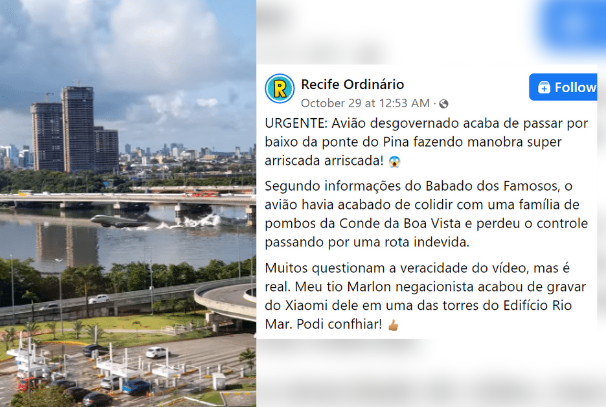 Heres’ the link to the above post. Check similar posts here and here.

We extracted keyframes from the video using the InVid Tool and performed a Reverse Image Search. The search led us to a news article published by a fact-checking website from Brazil which carried a post dated October 29, 2021, from an Instagram page ‘vertice treinamentos’ in which the same viral video can be seen. According to the article, this video is a fictional creation of the user. 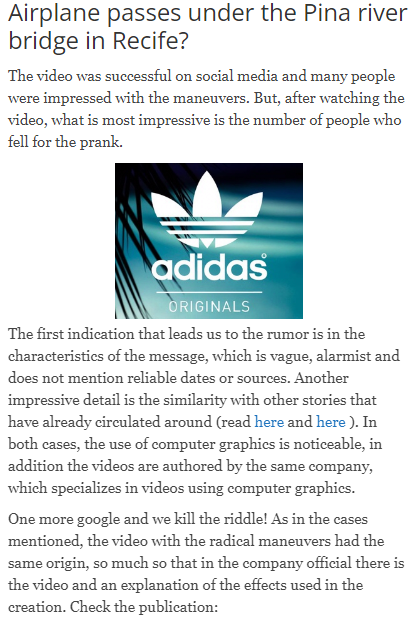 The caption of the Instagram post reads, “But boy, did you make this prep on the Pina bridge? Next post I talk more about the process. Anyone who wants the video, just ask me on WhatsApp (bio link).”

We searched further and found another post by ‘vertice treinamentos’ in which the procedure of digital creation has been explained. The user wrote that it was very difficult to work on the water footage in it.

We checked other social media profiles of ‘vertice treinamentos’ and found more such digitally created videos. In one such video, vehicles can be seen flying in the air.

Thus, it is evident from the above information that digitally manipulated video is being falsely shared as an aeroplane passing under a bridge in Brazil. Therefore, the viral claim is false.