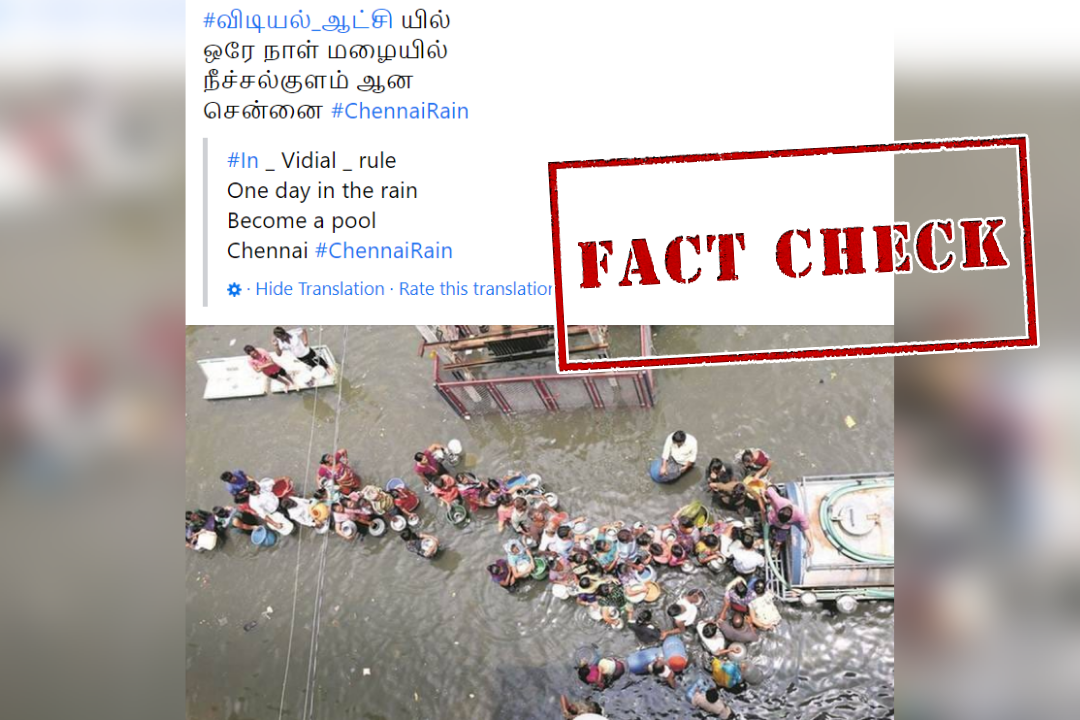 Chennai has been witnessing heavy rainfall which has led to intense waterlogging in the city since November 6. Schools and colleges in Chennai and the other 22 districts have been shut as a precautionary measure. Against this backdrop, an image in which people can be seen waiting on a water-logged road to collect drinking water has gone viral on social media claiming that it shows the effect of recent heavy rainfall in Chennai.

The image is shared on Facebook with a caption in Tamil that can be roughly translated in English to, “#In _ Vidal _ rule One day in the rain Become a pool Chennai #ChennaiRain.” 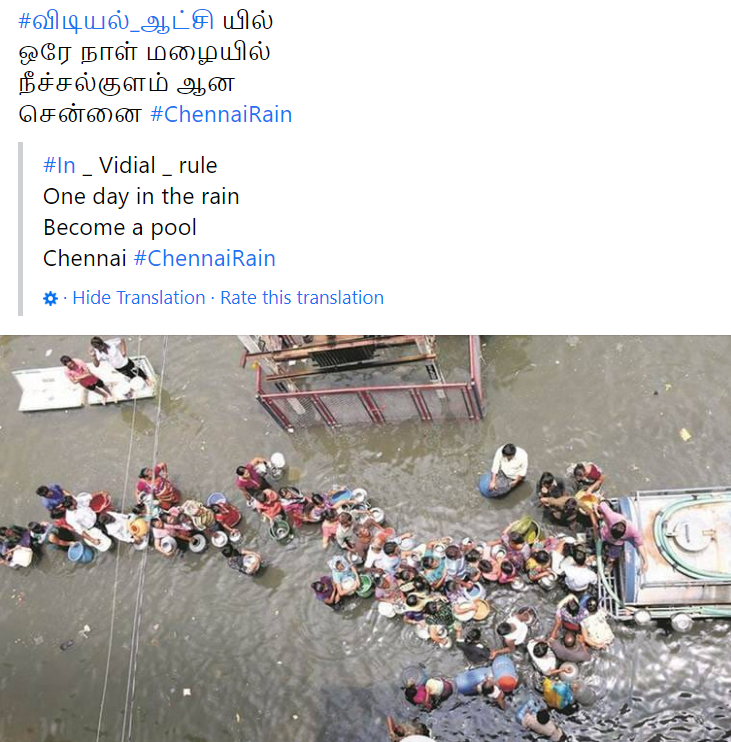 Doing a Reverse Image Search directed us to a news article published on August 30, 2017, that carried the same viral image. The caption of the image reads, “People stand in a queue to collect drinking water from a municipal tanker at a flooded residential colony in Ahmedabad.” The article talks about the 2017 Gujarat floods that killed around 129 people and left public transport crippled due to waterlogged roads. 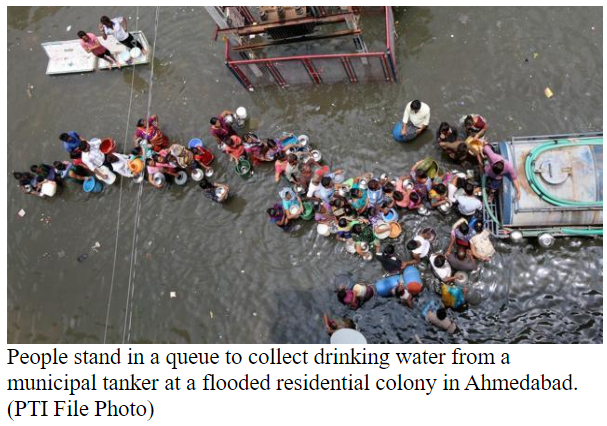 Searching further, we found the same image published in another article dated July 31, 2017. The image description reads, “An aerial view of the flood-affected region in Gujarat.” 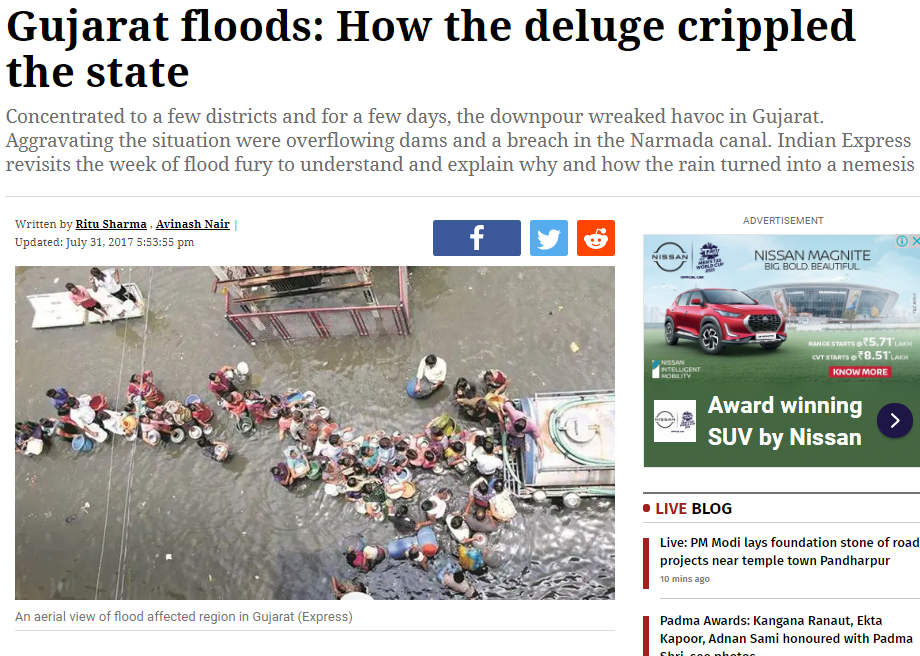 Thus, it is evident from the above information that an old image from the 2017 Gujarat floods is being falsely shared as recent Chennai rains.