Fact Check: No, This Video Does NOT Show ‘Ashok Vatika Rock’ Being Received By UP Chief Minister | Newsmobile
Saturday, October 1, 2022

Home NM FACT CHECKER Fact Check: No, This Video Does NOT Show ‘Ashok Vatika Rock’ Being... 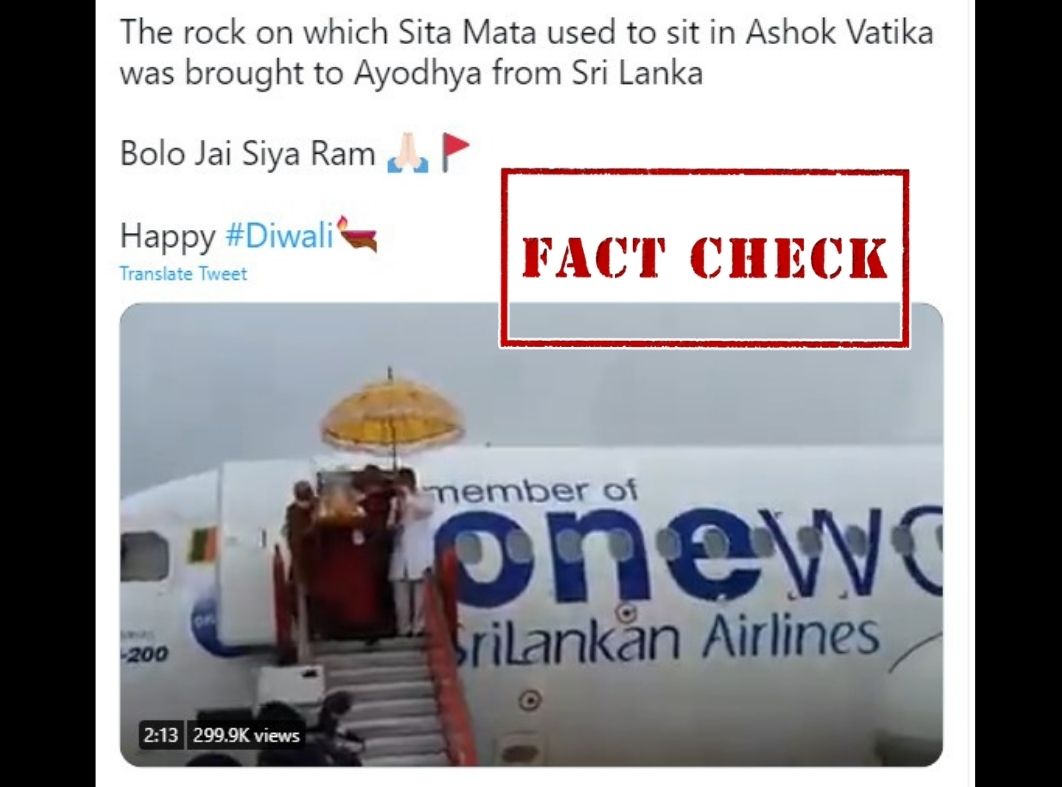 Amid Diwali celebrations, a video has surfaced on social media showing Uttar Pradesh Chief Minister Yogi Adityanath and Minister of State for Civil Aviation Jyotriaditya Scindia receiving a special delegation of Buddhist monks at an airport. The post claims that a rock on which Lord Ram’s wife Sita used to sit in Ashok Vatika and has now been brought to Ayodhya.

A Facebook user shared the video with a caption saying, “The rock on which Sitamatha used to sit in Ashok Vatika was delivered to Ayodhya by Sri Lanka Air Lines today. Jai Siyaram.” 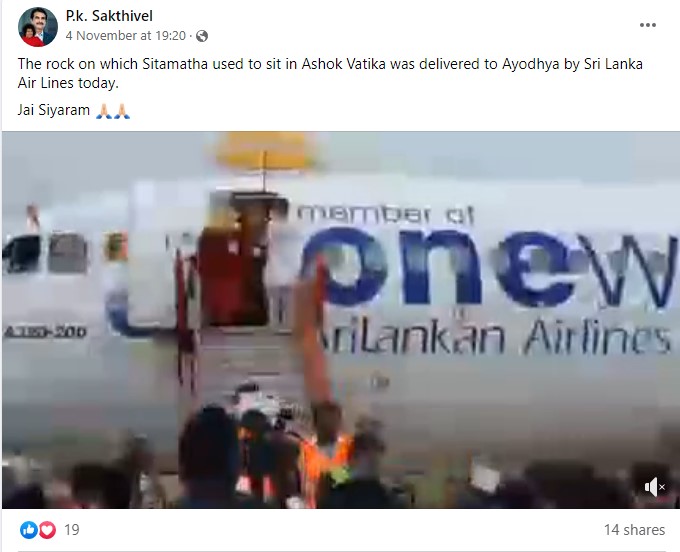 The video is also doing rounds on Twitter with the same caption. 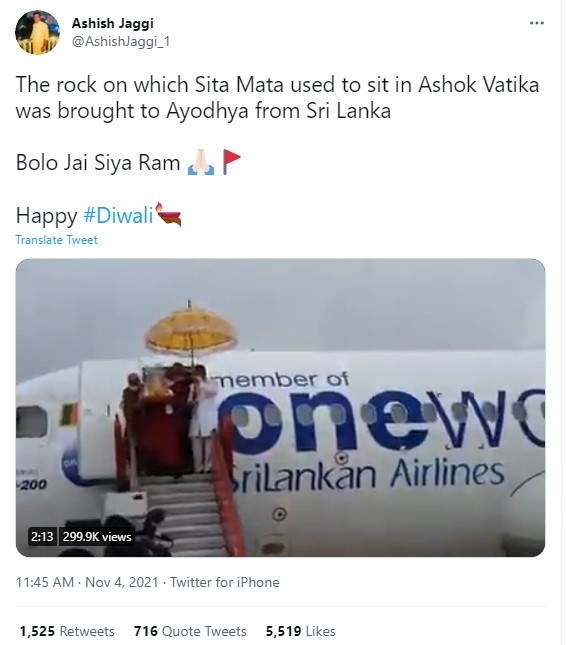 With the help of Reverse Image Search, using the keyframes of the video, we found similar visuals carried in a news report by The Times of India dated October 20, 2021. As per  reports, a team of 123 Sri Lankan delegates accompanied Buddha relics in a Sri Lankan flight that was welcomed at Uttar Pradesh’s Kushinagar International Airport. UP CM Yogi Adityanath received the relics at the airport. In the clearer version of the video, one can see the relic is not a rock as claimed in the viral post. 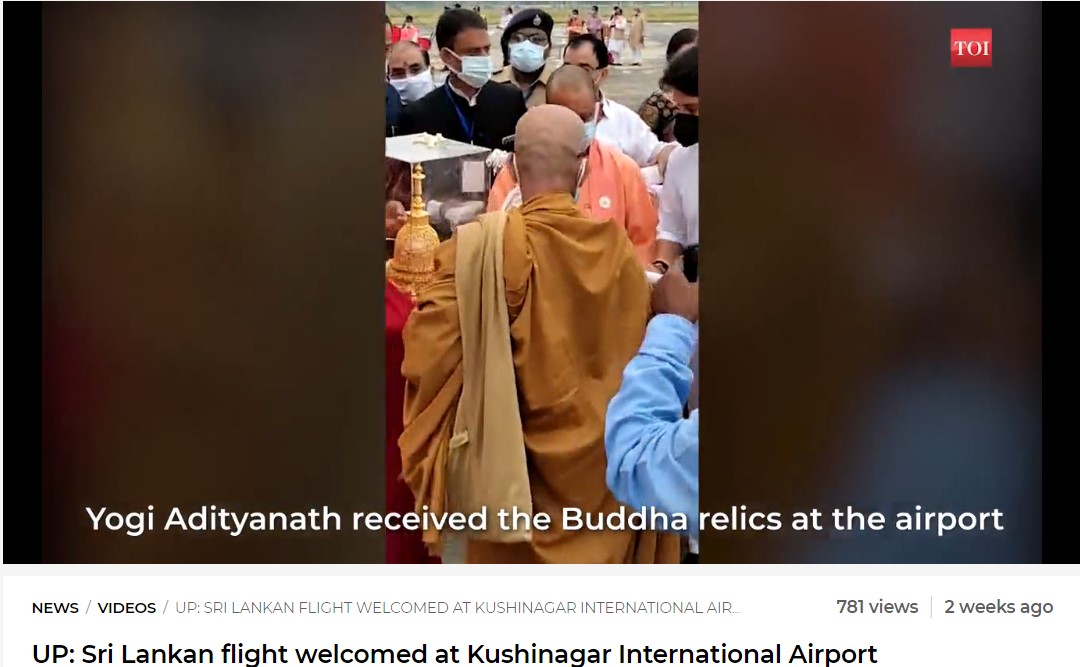 Union Minister For Tourism And Culture G Kishan Reddy also shared similar visuals with the caption, “Performed a ceremonial worship on the arrival of the Sacred Buddha relic from Sri Lanka on the occasion of Ashwin Poornima. Also welcomed Buddhists Monks on their arrival. The exposition of Holy Relic will take place during celebrations of Abhidhamma Day today at Kushinagar, UP.” 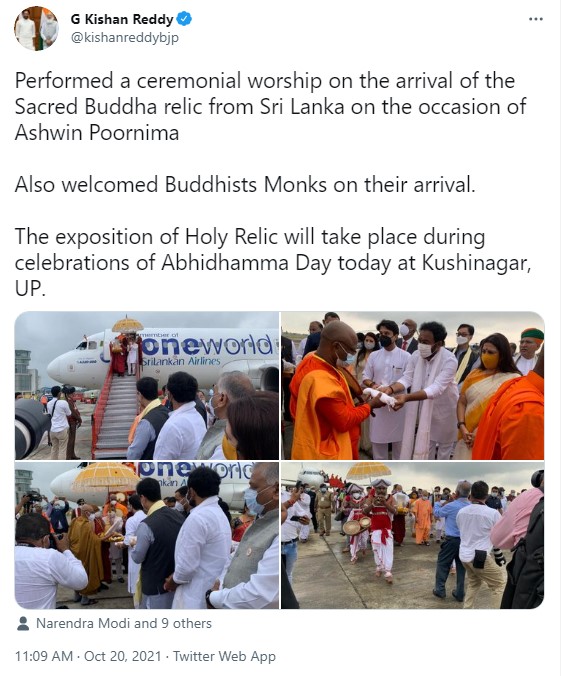 News agency ANI and the official Twitter handle of the High Commission of India in Colombo also shared similar visuals from the event.

On October 19, 2021, a day prior to the event, the Ministry of Culture had also tweeted about the Buddha relic with a caption: “The highlight of the event is the Exposition of Holy Buddha Relic being brought from Waskaduwa Sri Subuddhi Rajvihara Temple, Sri Lanka by the Mahanayaka of the temple.”

Upon digging further, we found that a delegation from Sri Lanka visited Ayodhya and presented a rock from the epical Ashok Vatika to Ram Janmabhoomi on October 29, 2021. 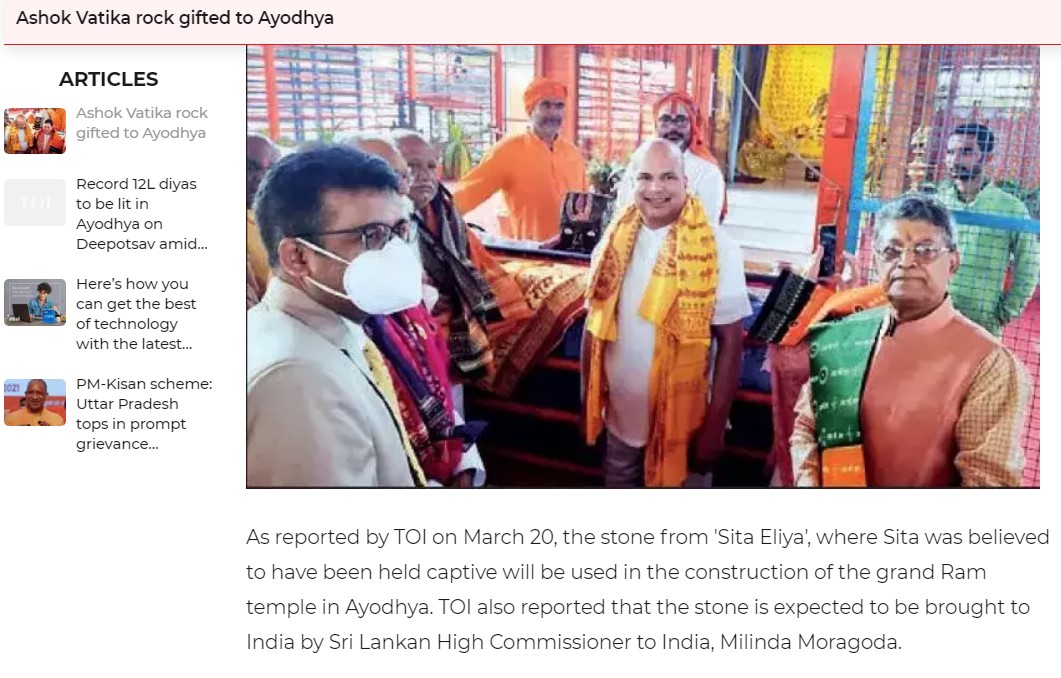 Hence, from the above information, it is clear viral post is misleading.