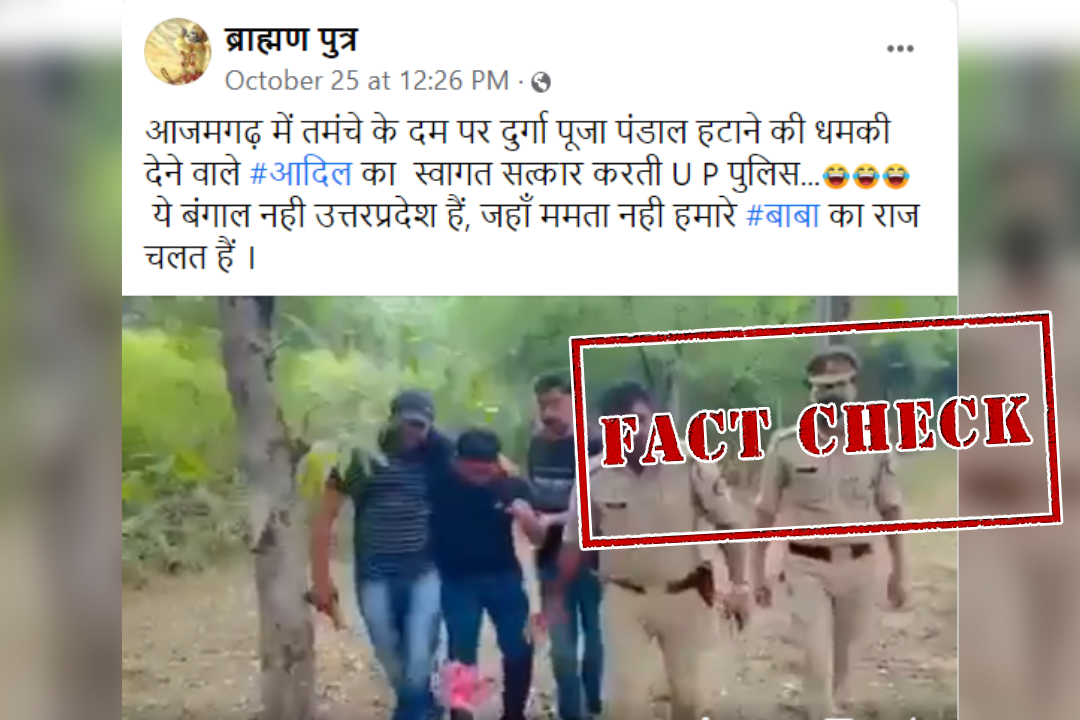 A video in which a couple of police personnel can be seen carrying an injured man has gone viral on social media claiming that Uttar Pradesh police has injured this Muslim man who threatened to remove the Durga Puja pandal in Azamgarh.

The video is shared on Facebook with a caption in Hindi that can be roughly translated in English to, “UP Police welcoming Adil, who threatened to remove Durga Puja pandal on the basis of a gun in Azamgarh. This is not Bengal but Uttar Pradesh, where Mamta is not ruled by our Baba.” 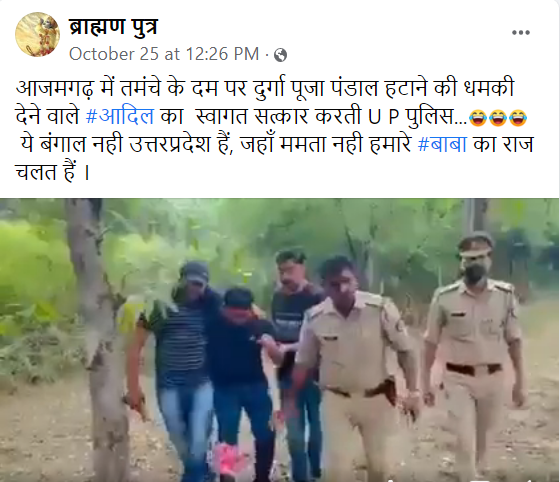 We extracted keyframes from the video using the InVid tool and performed a Reverse Image Search. This search led us to a YouTube video uploaded on October 17, 2021, that carried glimpses of the viral video. The video description can be translated in English to, “Greater Noida: Encounter between Beta 2 police and screwdriver gang, the commissioner announced the reward.”

Taking a cue from this, we did a keyword search and found many news articles that reported the same incident. According to one article published on October 18, 2021, “In Greater Noida, adjacent to Delhi NCR, a ‘Pechkas’ gang has been active in the area for several days. The havoc of this gang has increased so much that the police continuously raid to nab its members. Where the Greater Noida Police has got a big success last Sunday. The police have been successful in catching the miscreants who robbed the car by giving lift and taking money out of ATMs and hitting the screwdriver. 4 vicious miscreants have climbed. During the encounter, the four policemen were injured by the bullets of the beta-2 police. During this, the gang members also fired on the police.” 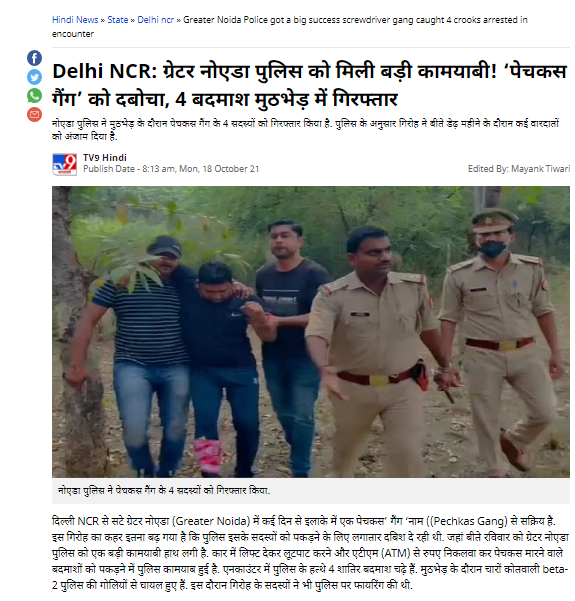 The information related to the same incident was also mentioned on the official Twitter handle of the Noida police commissionerate. The tweet dated October 17, 2021, reads, “During the checking in police station Beta-2 area, 04 miscreants were shot in the leg, injured/arrested, about Rs. Cash, 17 screwdrivers, car and illegal arms were recovered.”

We also checked to know whether there was an incident of hooliganism at a pandal in Azamgarh. During our investigation, we found many news articles that reported that in Azamgarh, a Muslim youth had committed hooliganism by entering a Durga pandal. This young man asked to remove the Durga pandal. Along with this, he also threatened to kill the people who put up the Durga pandal. Showing a firearm, this Muslim youth questioned how there was an attempt to build a Durga Puja pandal in this area. At present, the accused is in the custody of the police. Its name is being told as Adil Ahmed alias “Mantu”. 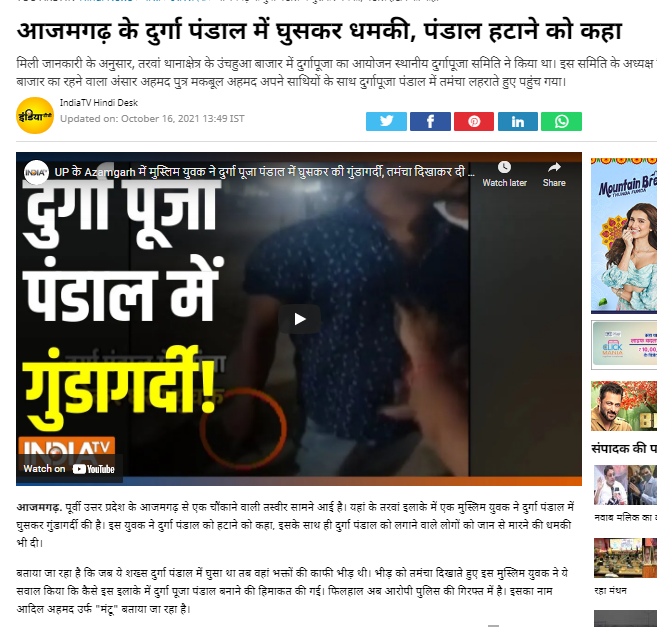 We also found a tweet from Azamgarh Police related to the above incident of hooliganism at a Durga Puja pandal. It was stated in the tweet, “Police arrested the accused by registering a case against the person who waving illegal firearm at a religious place (Durga Puja pandal) in police station Tarwa area.”

Thus, it is evident from the above information that a video showing an encounter in Noida is being falsely shared as that from Azamgarh. Therefore, the viral claim is misleading.