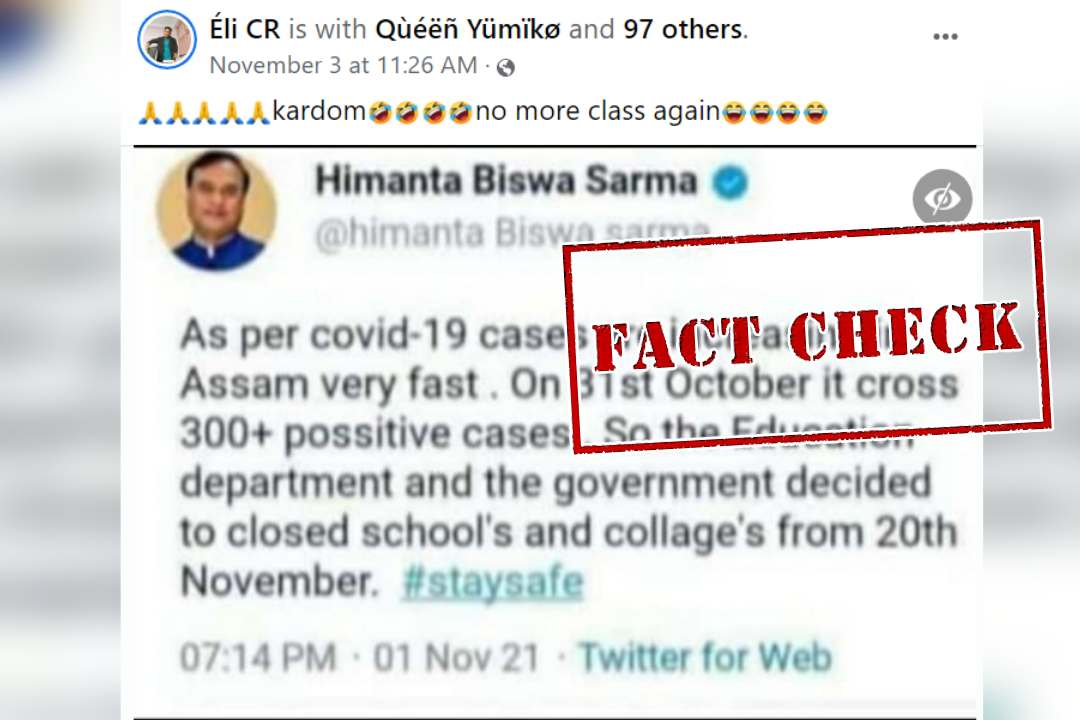 A tweet allegedly posted by Assam’s Chief Minister Himanta Biswa Sarma claims that the government of Assam has ordered all schools and colleges to close from November 20, in the wake of increasing COVID-19 cases in the State.

The tweet text reads, “As per COVID-19 cases are increasing in Assam very fast. On 31st October it crossed 300+ positive cases. So the education department and the government decided to closed school’s and collage’s from 20th November.” 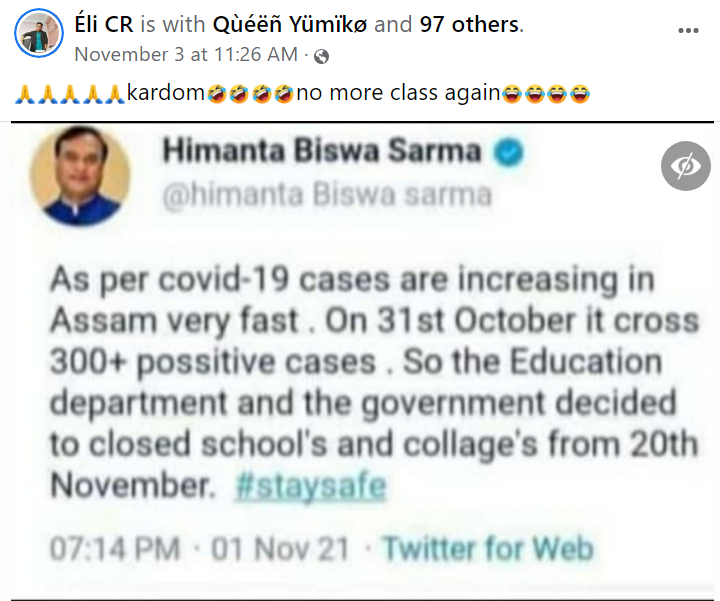 According to several media reports the Assam Government on September 28 had ordered to resume physical classes for Classes 1 to 8 and Class 11 from October 19. Moreover, Assam State Disaster Management Authority (ASDMA) announced the reopening of higher secondary, graduation and post-graduation institutions from September 6 onwards. 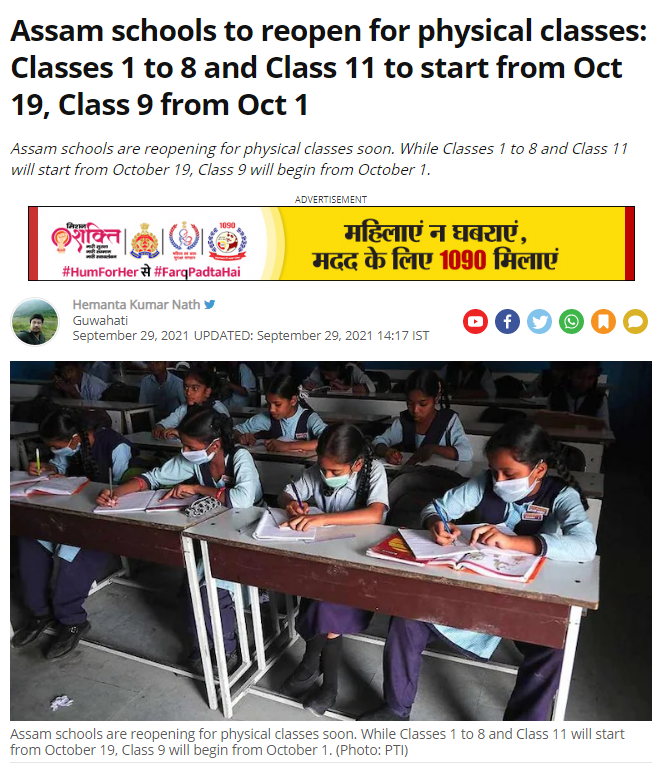 We also checked the official website of Assam State Disaster Management Authority but could not find any such notice or circular regarding the closure of educational institutions from November 20. However, it is true that the COVID-19 cases have witnessed a sudden spike in the state, but it has not yet led to the closure of educational institutions.

Looking closely at the viral tweet, we noticed several grammatical mistakes which hinted that this tweet might be fake. Taking a cue from this, we searched and found a tweet dated November 3, 2021, by Himanta Biswa Sarma in which it was clarified, “A FAKE tweet bearing my name is circulating saying that since cases of #COVID19 have gone up schools & colleges are being closed down from Nov 20. This is WRONG & should not be heeded to. Stay off misinformation and fake news! I am advising @assampolice to take note and act.”

A FAKE tweet bearing my name is circulating saying that since cases of #COVID19 have gone up schools & colleges are being closed down from Nov 20. This is WRONG & should not be heeded to.

Stay off misinformation and fake news!

I am advising @assampolice to take note and act. pic.twitter.com/YZpA0I5zyb

Earlier also NewsMobile had fact-checked a similar claim when a fake tweet about the reopening of schools in Assam was attributed to CM Himanta Biswa Sarma.

Thus, it is evident from the above information that the Assam Government has not ordered to close all schools and colleges from November 20. The viral screenshot of an alleged tweet by Himanta Biswa Sarma is fake.

Agnipath Scheme: Security Beefed Up For BJP Leaders In Bihar Amid...