Home NM FACT CHECKER Fact Check: Does This Video Show A Mosque In Tripura Calling Out... 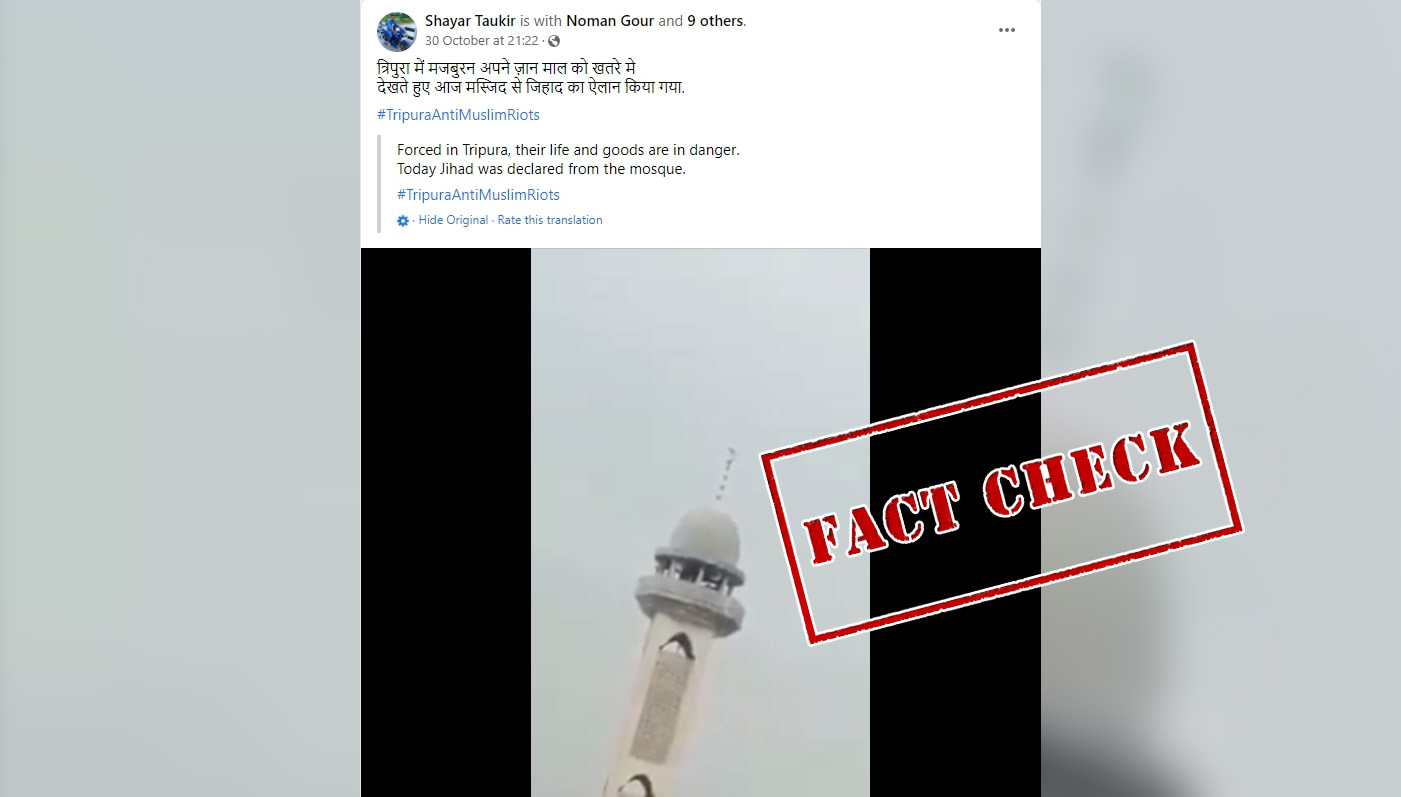 In the backdrop of recent incidents of communal violence in Tripura, a video is being shared on social media with a claim that a mosque in Tripura called out for Jihad.

( English Translation: In Tripura, in view of the danger to his life and property, Jihad was declared from the mosque today.) 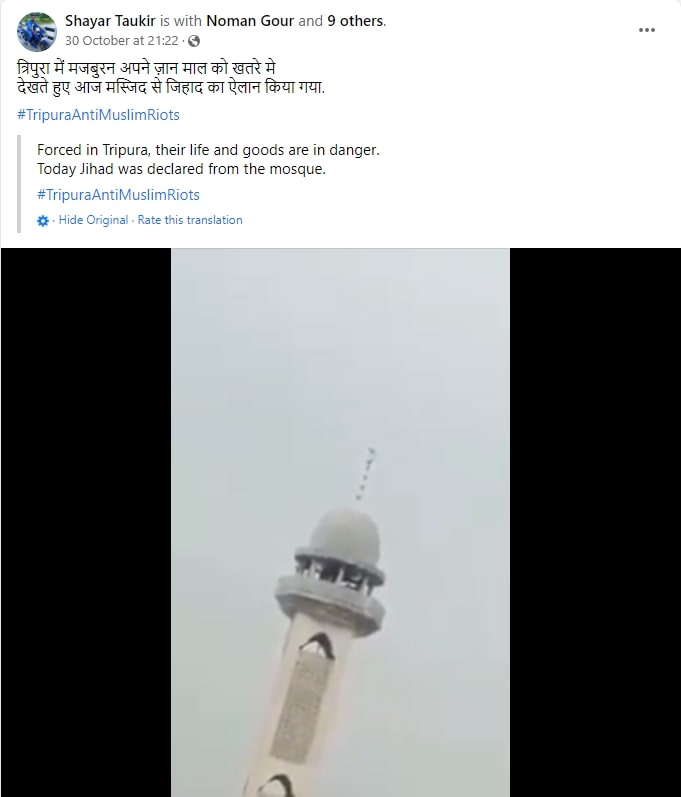 NewsMobile fact-checked the post a found the claim to be false.
We extracted the keyframes of the video and put them through Reverse Image Search.
The search led us to the same video, which was uploaded on YouTube on February 28, 2020. 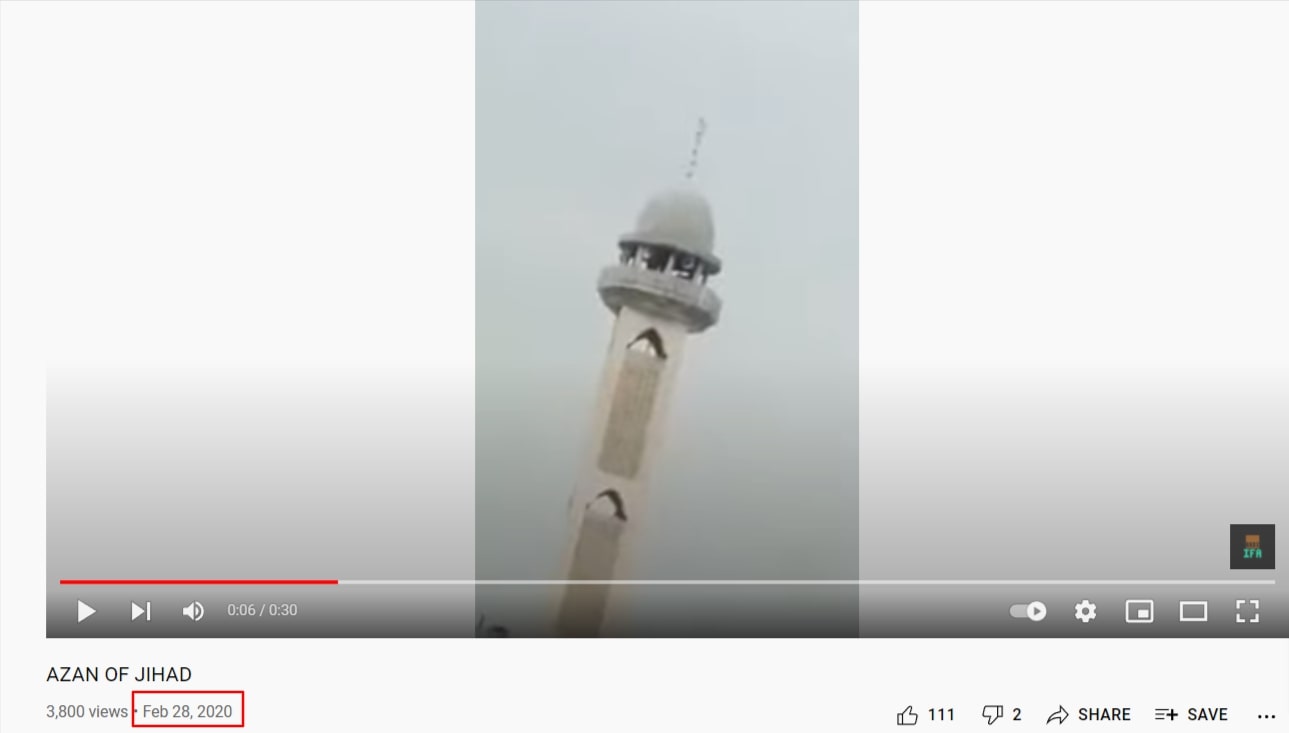 We found that the same video was shared by multiple YouTube channels in February-March 2020, with some of them claiming that the video is from India. The videos can be seen here, here and here.
Upon digging further, we found a tweet from March 2020, where the same video was shared with a caption (translated via Google), “The recording shared with the claim that it belongs to the jihad declaration made from the minaret of a mosque in India or Idlib (in recent days) is from years ago. In 2015, it was shared with the note “Aden calls mosques to jihad”.” 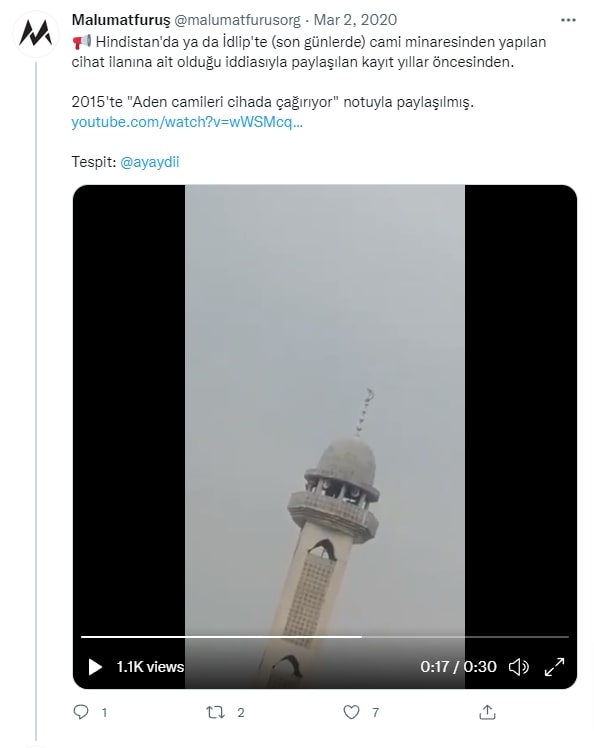 Meanwhile, the same video was also shared by a Twitter user in a Twitter thread about the Turkish army entering Syria. “Aljazeera Tv: A military convoy of 100 vehicles belonging to the Turkish army entered Syria to advance towards the depths of Idlib,” the tweet dated February 2020 read, followed by, “Meanwhile, a call was made from the mosques under the control of the opposition in Idlib to ‘Come on jihad, where are the youth, let’s go jihad’.”
(All tweets translated via Google)

We also found the same video in a Turkish article dated February 2020. The headline of the report read, “Call to Syrians from mosques: Let’s go to jihad, young people, to jihad.” 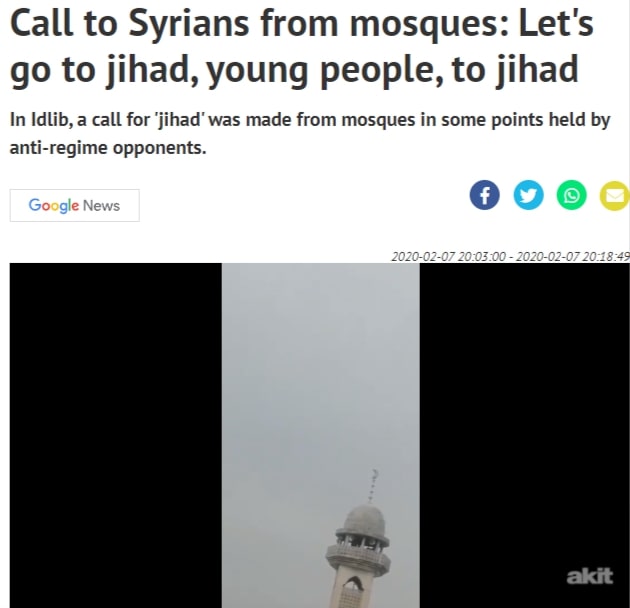 NewsMobile independently couldn’t verify the location and origin of the video, but from the above information, it is clear that the video is old and is NOT related to the recent Communal violence in Tripura.