Fact Check: Does This Image Show Roadside Sculpture By A Man In Memory Of His Wife & Unborn Child? Here’s The Truth | Newsmobile
Wednesday, August 17, 2022

Home NM FACT CHECKER Fact Check: Does This Image Show Roadside Sculpture By A Man In... 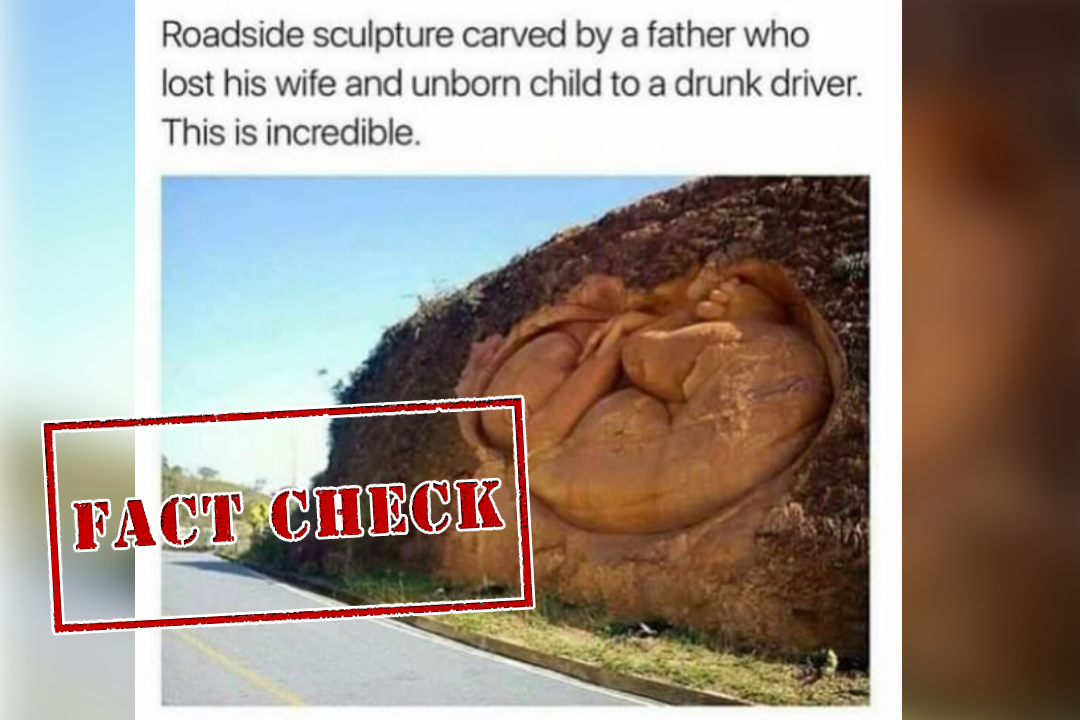 An image showing a foetus carved on a roadside hill is being widely shared on social media with a claim that it was carved by a man who lost his wife and unborn child due to reckless driving by a drunk driver.

The text embedded in the viral image reads, “Roadside sculpture carved by a father who lost his wife and unborn child to a drunk driver. This is incredible.” 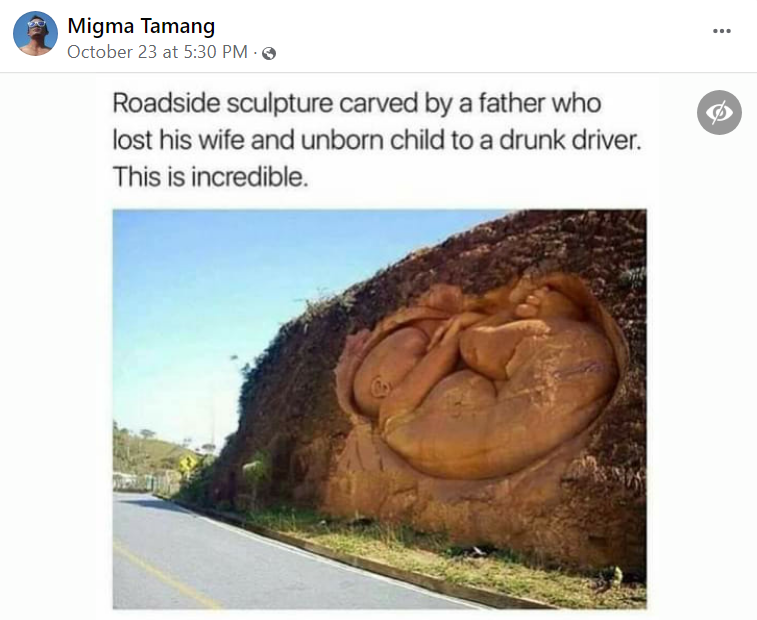 Starting with our investigation, we did a Reverse Image Search and found a similar image uploaded in a tweet dated October 4, 2016, with the text, “Dubian Monsalve, Pregnant Mountain (2012, Colombia).

Taking a cue from this, we did a keyword search and found a news article dated September 6, 2016, which carried a similar image with the headline, “VIRAL PHOTO: “Pregnant Mountain” pays tribute to life from conception.” According to the article, the sculpture was created in 2012 by South American artists Dubian Monsalve in Colombia. 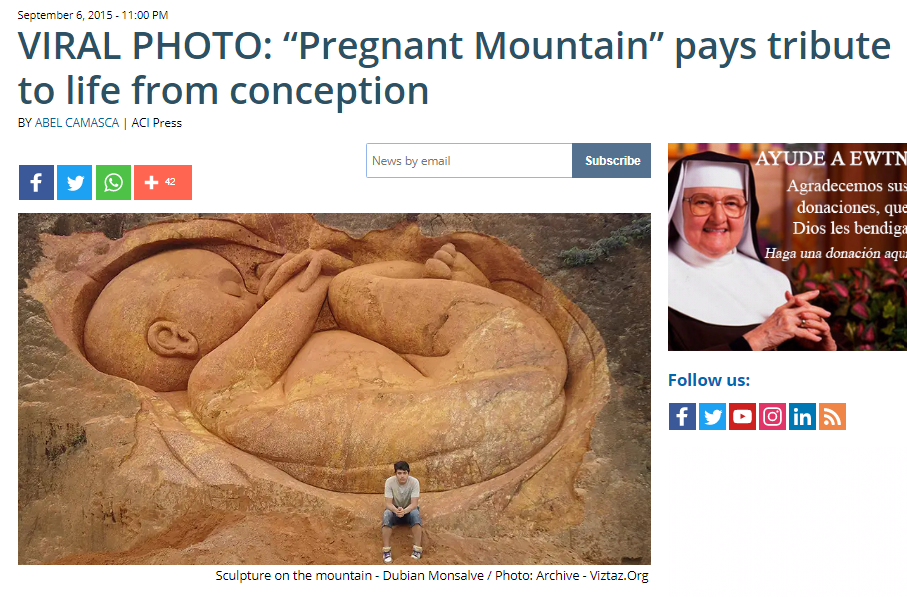 According to another article, Dubian created the sculpture to pay tribute to “the woman that gives life, because life is valuable from its conception to its end.” 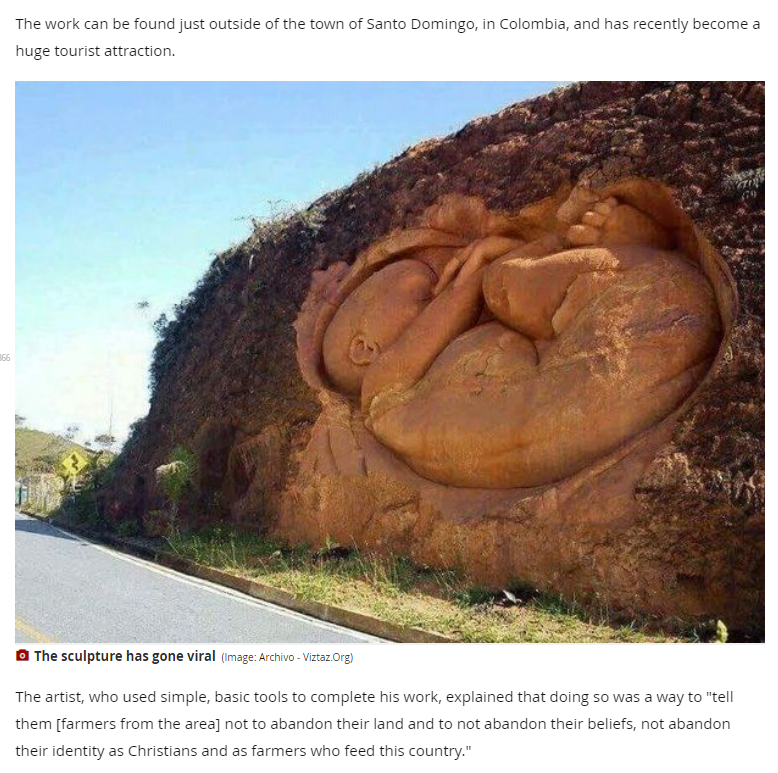 Another news article stated that the sculpture was “crafted by a University student, a South American artist Dubian Monslave as his degree working the University. The magnificent objet d’art took the artist 15 days to complete. 15 days of glorious stress it turned out to be.” 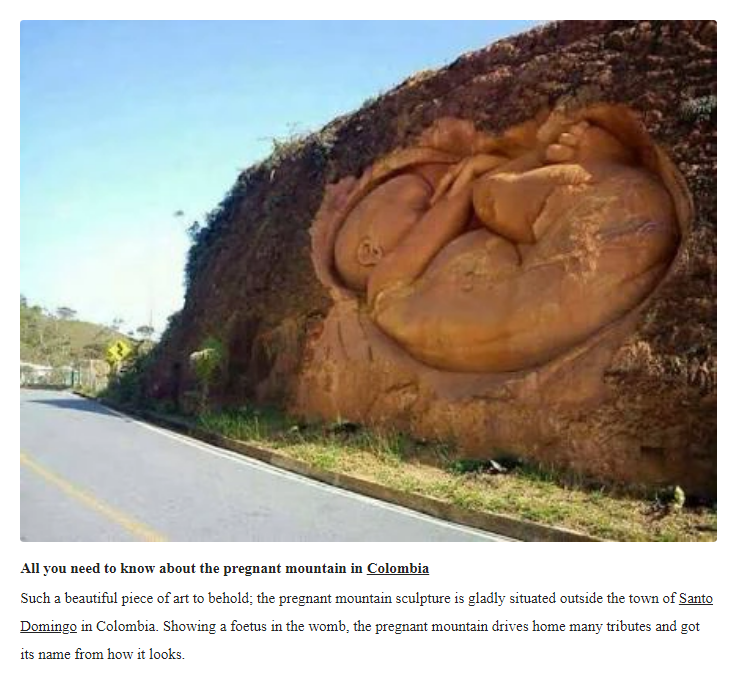 Artist Dubian Monslave confirmed to AFP that “he created the artwork in 2012 as a tribute to victims of violence in Colombia during the 1990s.” We searched further and found that during the 1990s, Colombia had become a war zone with the emergence of drug warfare and government corruption that killed thousands of people and displaced millions.

Thus, it is evident from the above information that a roadside sculpture made by a student as a part of a college project is being shared with a false narrative.