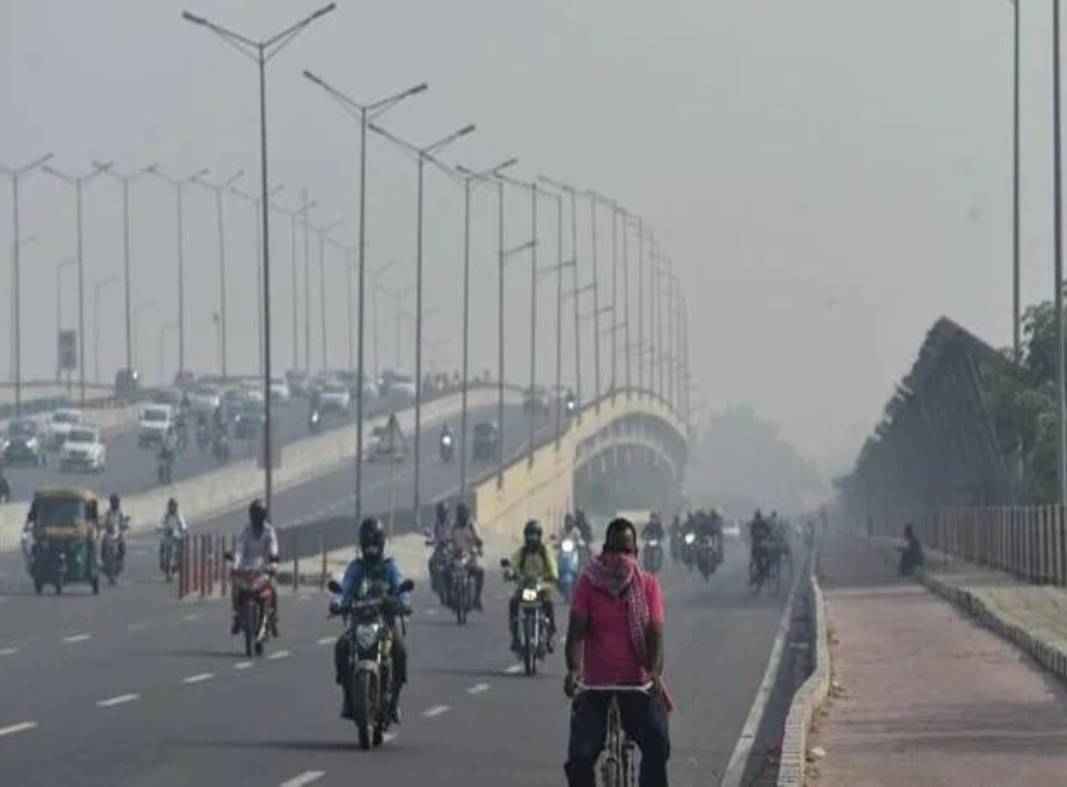 According to SAFAR, the concentrations of Pollution Meter (PM) 2.5 stood at 306 on Saturday in Delhi.

All India Institute of Medical Science Director Dr Randeep Guleria while speaking to ANI said, “Respiratory problem is not the only concern during this period. Patients who have a cardiovascular issue, especially those who have underlying lung disease people with chronic bronchitis, COPD, or asthmatic patient also face breathing problem and they have to depend on nebulizer or the usage of inhaler goes up sharply. So it could lead to worsening of underlying respiratory diseases.”

He also spoke about the two sets of data supporting the claim of pollution affecting COVID-19 patients severely. Dr Guleria said, “One data suggests that the virus may stay in the air for a longer period when the pollutants are present in the air, turning the disease into the airborne disease. While the other data which has been analysed during the SARS outbreak in 2003 says that pollution causes inflammation and swelling in the lungs. Research from the SARS outbreak in 2003 in countries like the US and Italy has shown that the areas with higher levels of pollution impact those previously affected by COVID-19, causing inflammation and lung damage. The combination of pollution and COVID-19 could lead to higher fatality rates.”

Air pollution is also dangerous for children’s health. He said, “Before COVID-19, we had done a study on the number of admissions in emergency wards. We had found that whenever the pollution level is high, the patients, especially children, get admitted to emergency wards complaining about respiratory problem.”

According to World Health Organisation (WHO) report, out of 10 people, nine people are breathing polluted air with high levels of pollutants, which are dangerous, causing the rise in premature deaths each year.

According to experts, people who have a history of respiratory diseases, such as asthma, Chronic Obstructive Pulmonary Disease (COPD), Interstitial lung disease (ILD) are going through health problems.

“Many COVID-19 patients already have a compromised lung functioning. Their pulmonary test is not good, which is definitely a more restrictive pattern of lung functioning. Due to pollution, oxygen levels go down,” said Dr Ashish Khattar, Senior Consultant, Internal Medicine, Venkteshwar Hospital.

Further, Dr Khattar said that due to air pollution, the rise in irritants would lead to compromisation of the lungs. “Lungs will starve for more oxygen and then, the lungs would become more breathless,” added Dr Khattar.

“With the winter setting alongside Diwali festive season, we have seen an appreciable reduction in the temperature and increase in the ambient pollution level. When these pollutants are inhaled by a person, they cause respiratory symptoms such as increased cough, breathlessness, sputum production and wheeze,” said Dr Arunesh Kumar, Senior Consultant and Pulmonology Department Head at Paras Hospital, Gurugram.

Dr Kumar further said, “People who have a history of respiratory disease such as asthma, COPD, interstitial lung disease, start noticing deteriorating symptoms. So, it is important that the maintenance treatment for these diseases has strictly adhered to and one should visit the doctor if they notice that the symptoms have started deteriorating.”

Dr Shuchin Bajaj, who is Founder Director of Ujala Cygnus Group of Hospitals said that with winter conditions setting in, the dust and particulate material from vehicular pollution and smoke from crackers have caused smog-like conditions.

“The dangerous mix of pollutants in the air also increases the risk of lung cancer, just like smoking cigarette toxins does. For children who grow up in highly polluted cities like Delhi and Gurugram, the impact of this dangerous air can be catastrophic for their undeveloped lungs and respiratory systems,” Dr Bajaj said.

He further said that a significant spike was seen in people reporting respiratory problems in such weather and environmental conditions, with common complaints including cough and breathlessness.

“It is well known that lighting fireworks release a toxic mixture of gases which include carbon monoxide, carbon dioxide, sulfur dioxide, and even manganese and cadmium particles in the atmosphere. This means residents of a city are practically inhaling poisonous air, which is severely affecting their lung health. There would be no surprise if our pulmonary department would be overflowing with patients,” said Dr Bajaj.

Speaking about precautions to be taken, Dr Kumar said,” We should have a well-balanced diet which is rich in protein and avoid outdoor activities during the extreme pollution times, between morning 7-10 am and in the evening from 5-9 pm.”

He further instructed that if one is on certain inhalers and tablets, one should strictly adhere to them.

“People who don’t have prior respiratory illness should monitor their symptoms and once again, try and avoid outdoor exercises during the peak pollution hours. One should exercise indoors and do yoga. These are very good ways of keeping your lungs fit,” added Dr Kumar.