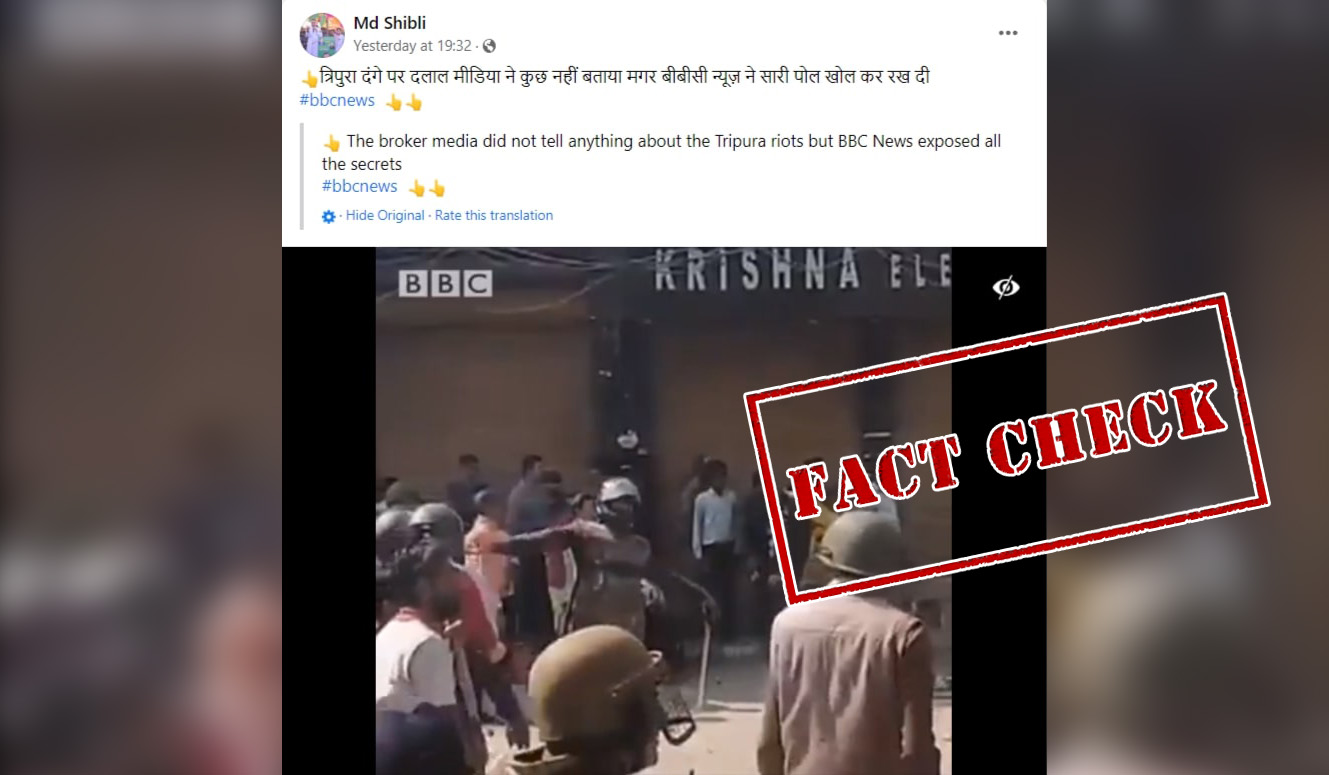 A video report by BBC is being shared on social media with a claim that while Indian media did not give the the recent communal violence in Tripura adequate coverage, BBC has exposed the truth. 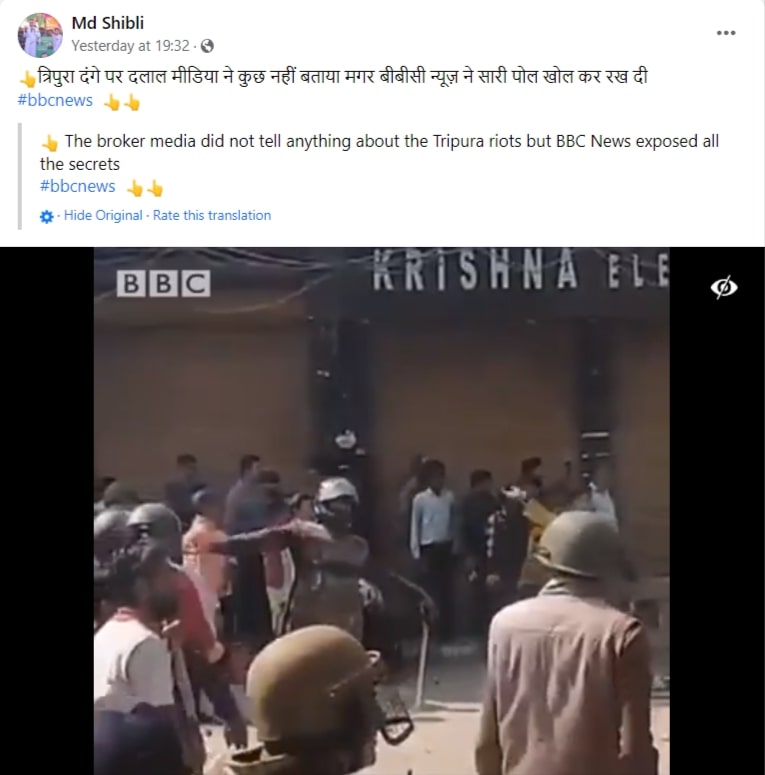 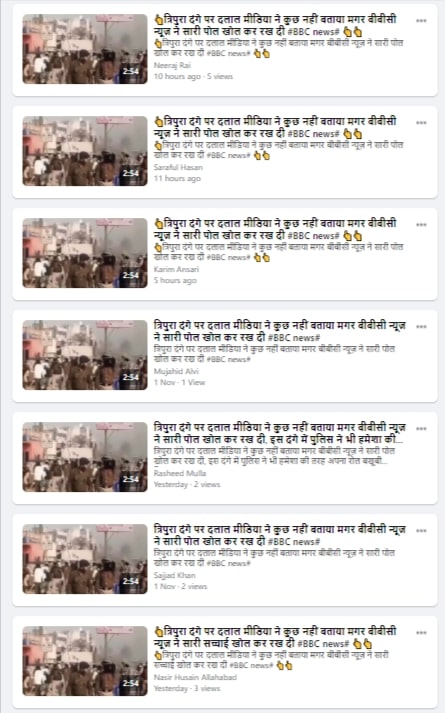 NewsMobile fact-checked the video and found the claim to be misleading.

Upon carefully examining the video, we noticed ‘Police Station Khajuri Khas’ written behind the reporter in one of the clips. 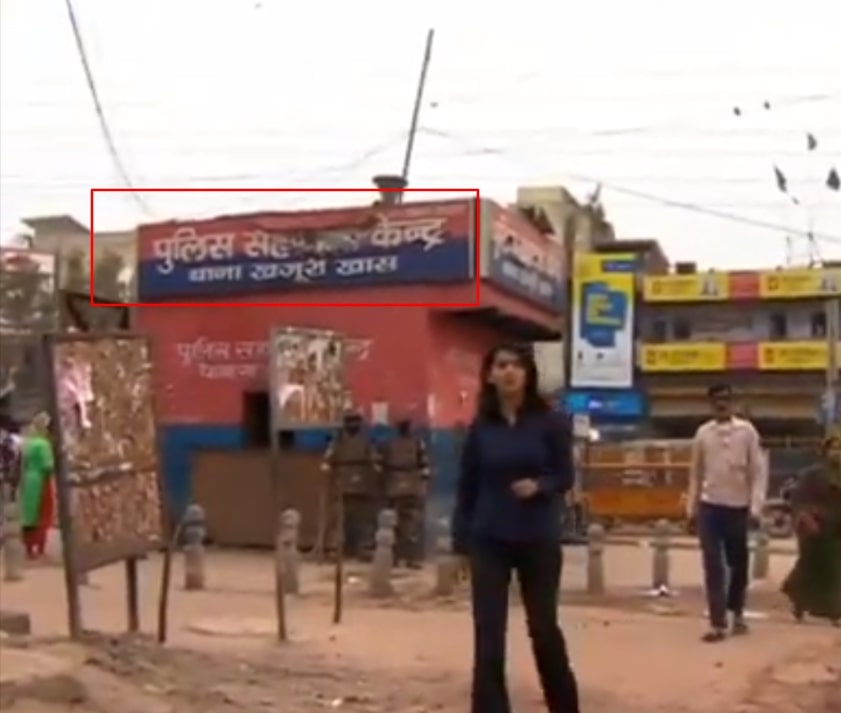 We ran a search and found that Khajuri Khas is in North East Delhi.

Taking a cue from this, we ran a keyword search and found that the same report was uploaded on BBC’s Twitter handle on March 3, 2020. “The BBC has found Delhi police acted along Hindu rioters during a wave of attack on Muslims last week. Police in the capital are coming under increasing pressure as allegations of complicity in the clashes emerge. An investigation by @yogital,@shaluyadavbbc & @NickWoolley1234,” the video caption read. 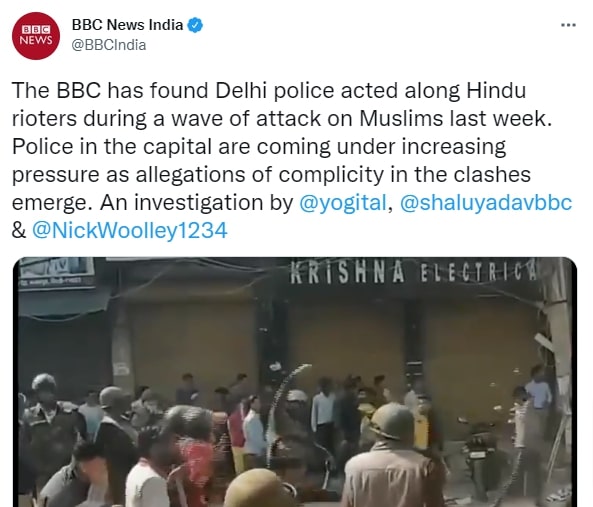 BBC uploaded the same video on their verified Facebook page on March 3, 2020. “The BBC has uncovered evidence that police in the Indian capital Delhi acted alongside Hindu rioters during a wave of attack on Muslims last week,” the caption read.

According to a report by Business Standard, “On the eve of February 23(2020), riots broke out in Northeast Delhi between Anti-Citizenship Amendment Act (CAA) and pro-CAA protestors. The violence took a communal turn and led to the death of over 53 people over the course of next 10 days. More than 200 were left injured. Shops and houses were burnt down and even places of worship were attacked.”

Hence, from the above information, it is clear that the report is from March 2020 about  Delhi riots and is NOT connected to recent clashes in Tripura.