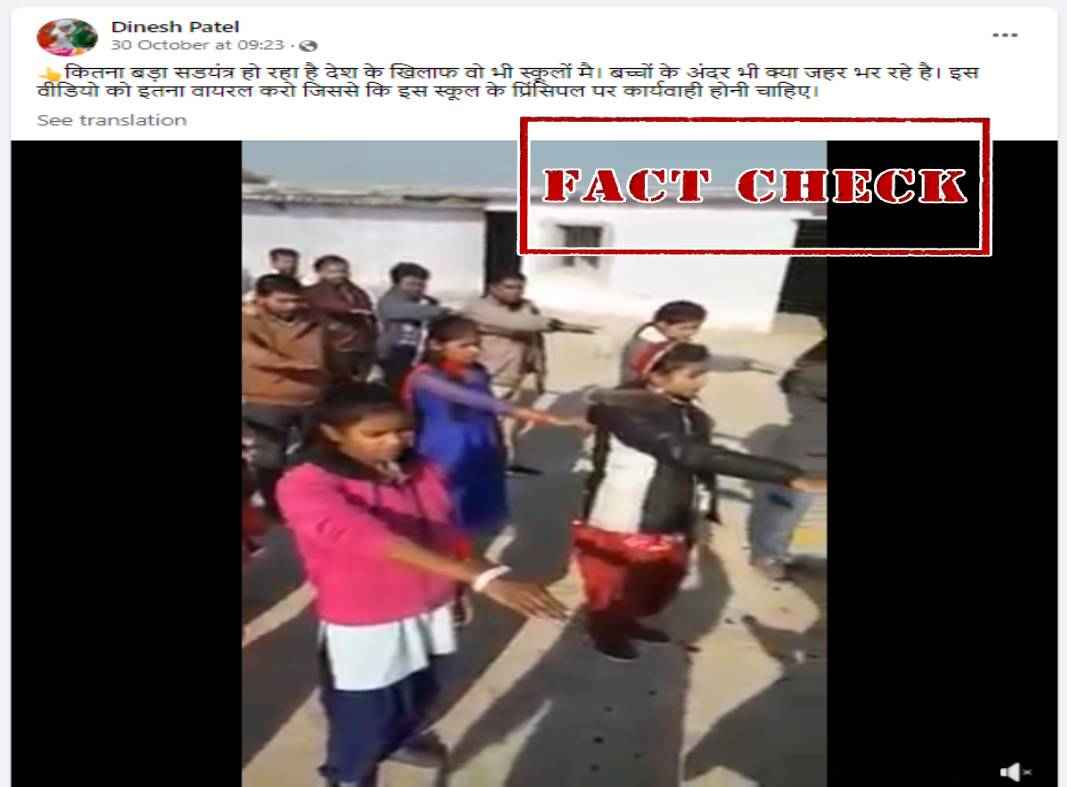 A video has gone viral on social media in which students are taking a pledge that they will never vote for BJP. In the video, a person can be heard saying, “We won’t vote for BJP, neither we will support any worker of BJP party. I take this oath that within 24 hours I will ask at least three people to take a similar pledge. I also take a pledge that I will make people of my village aware of the corruption done by BJP.” 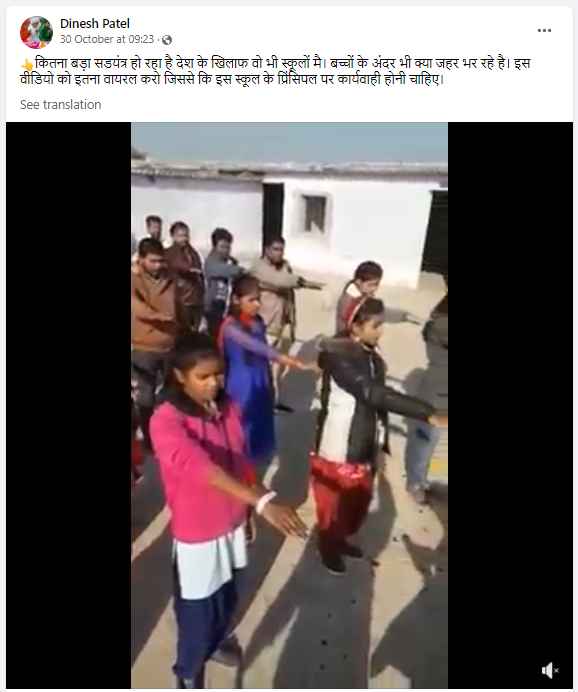 On searching with keywords, “school pledge against BJP”, we found a report published by Amar Ujala on January 28, 2018. The report said that teachers of ITI in Itarsi, Madhya Pradesh, asked students to take oath to not vote for BJP. 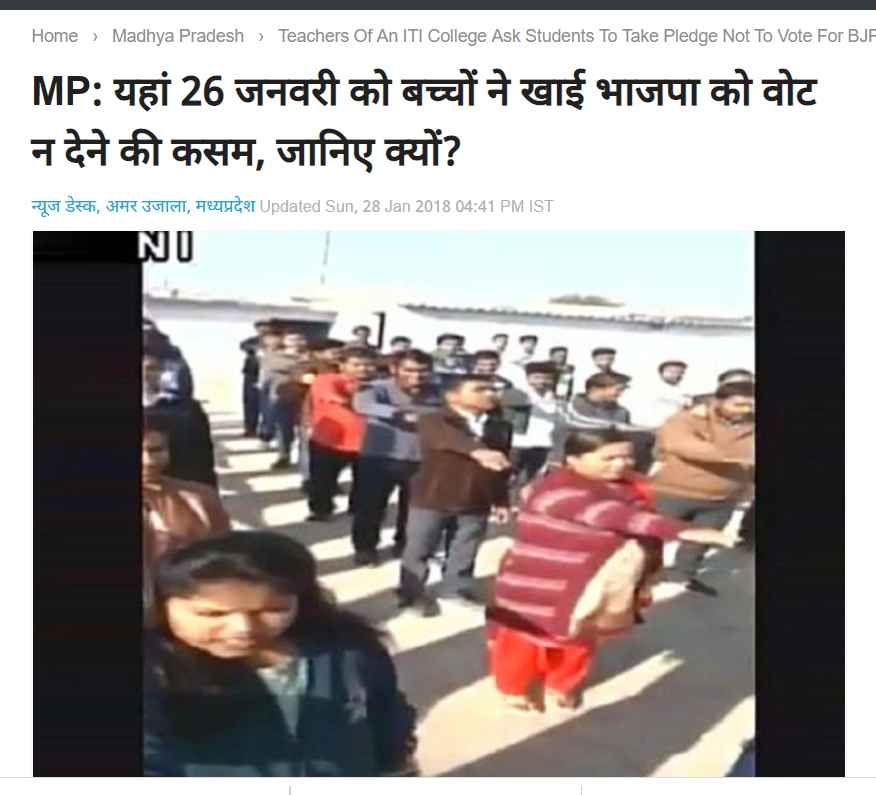 The report also carried a tweet by ANI, where the video was shared with the caption that read, “#WATCH Teachers of Vijaylaxmi Industrial Training Institute in Itarsi ask students to take a pledge not to vote for BJP in the upcoming elections & support it in any manner until it stops online examinations #MadhyaPradesh (26.01.18).” 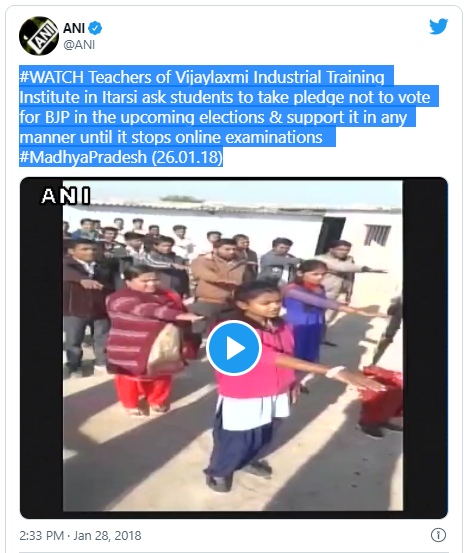 Zee News also reported about the incident on January 28, 2018.

Thus, an old video has gone viral with misleading context to show that the video of teachers asking students to not vote for BJP is recent. Hence, the post is misleading.