Home NM FACT CHECKER Fact Check: No, This Image Does Not Show Celebrations Outside SRK’s House... 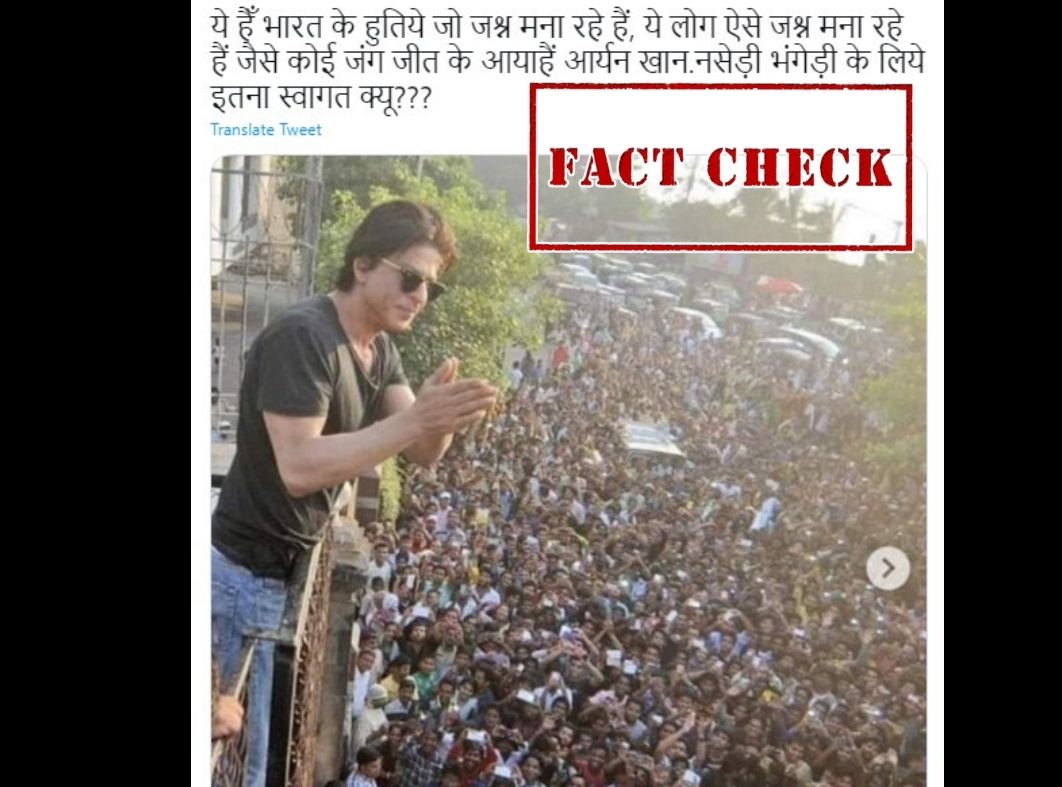 In this backdrop, a picture is doing rounds on social media platforms showing SRK waving to a large crowd on road with a caption insinuating that it shows celebration outside his house after Aryan got bail.

A Facebook user shared the image with a caption that translates to, “This crowd has gathered after an addict Aryan Khan was released on bail. As if he won a war on the border. It is a matter of great contemplation in which direction our society is going.” 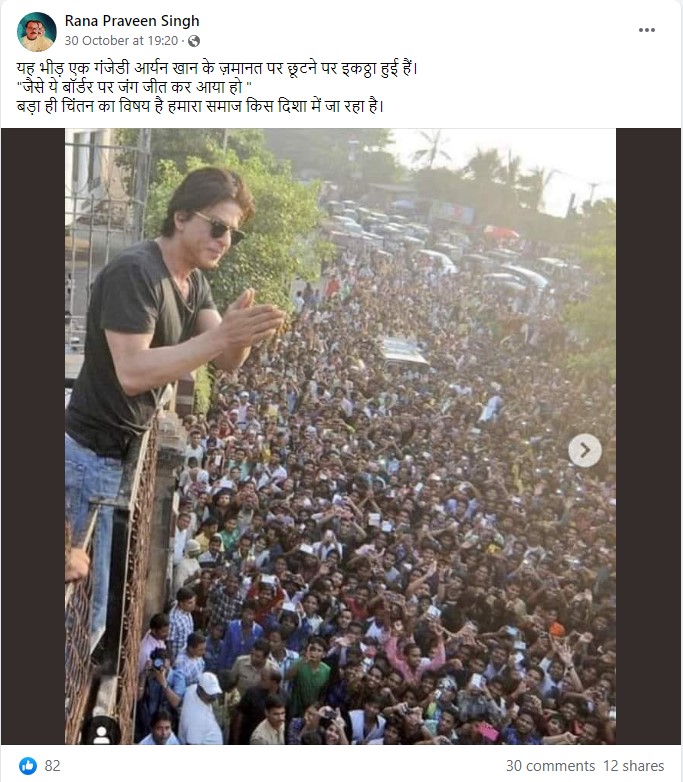 The same image is being widely circulated on Twitter with a similar claim. 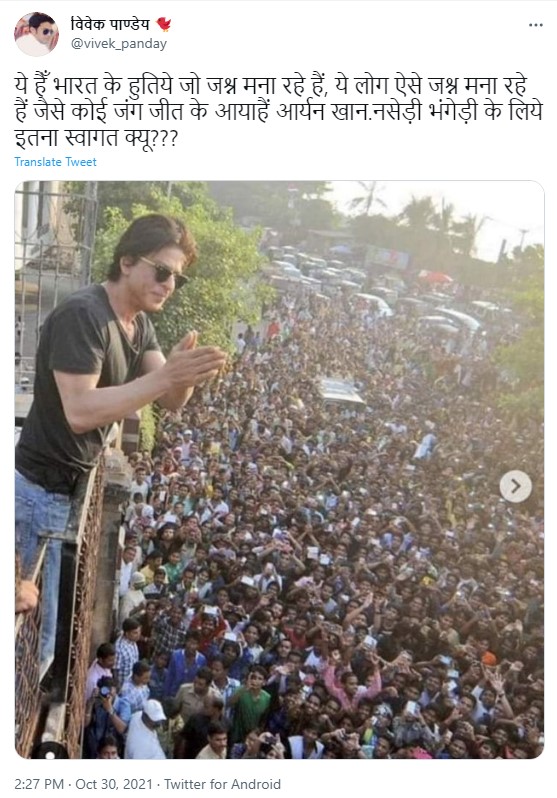 NewsMobile fact-checked the viral claim and found it to be misleading and false.

With the help of Reverse Image Search, we found this image in a news report by NDTV published on November 3, 2014. As per the report, the image showed SRK posing and thanking his fans for wishes on his 49th birthday. 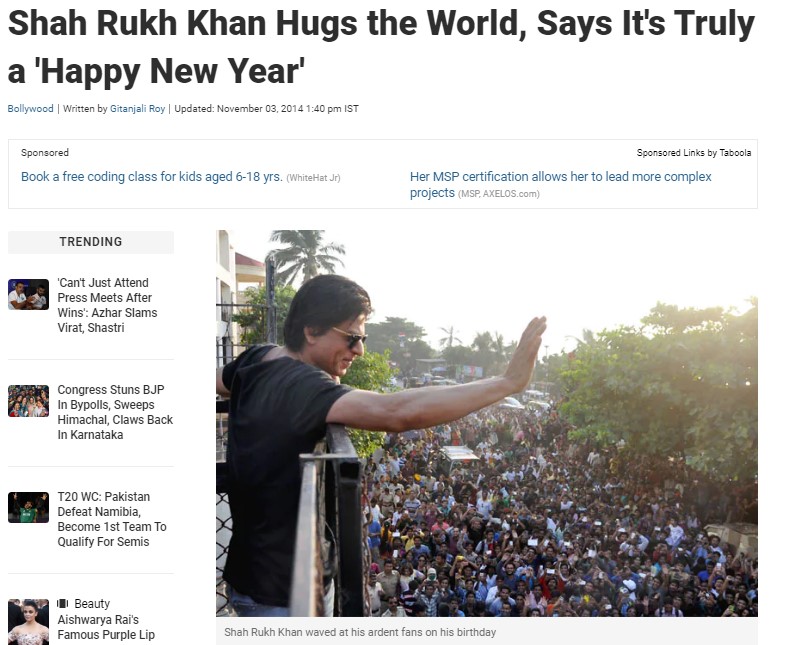 On digging further, we found that SRK himself shared the viral picture on his Twitter page on November 2, 2014, with the caption, “So much happiness…so many people to share it with. Hope I am ‘enough’ to do so…all my life.” 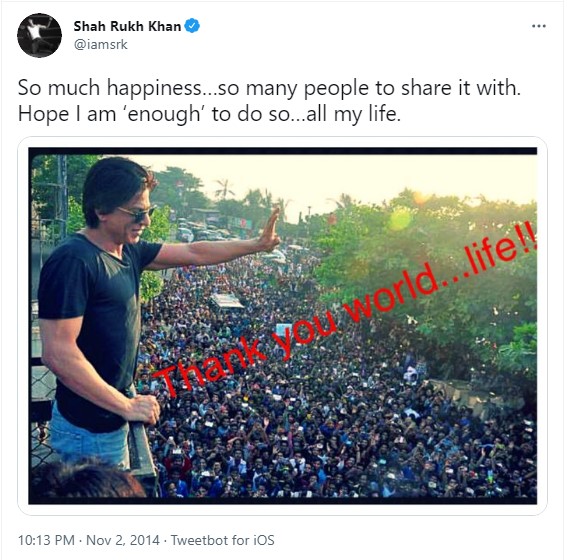 Before COVID-19 pandemic, every year on his birthday, pictures of SRK and his fans used to surface on social media on the actor’s birthday.

Therefore, we can say that an old image from 2014 is being falsely shared to show celebration outside Shah Rukh Khan’s residence Mannat after Aryan Khan’s bail.