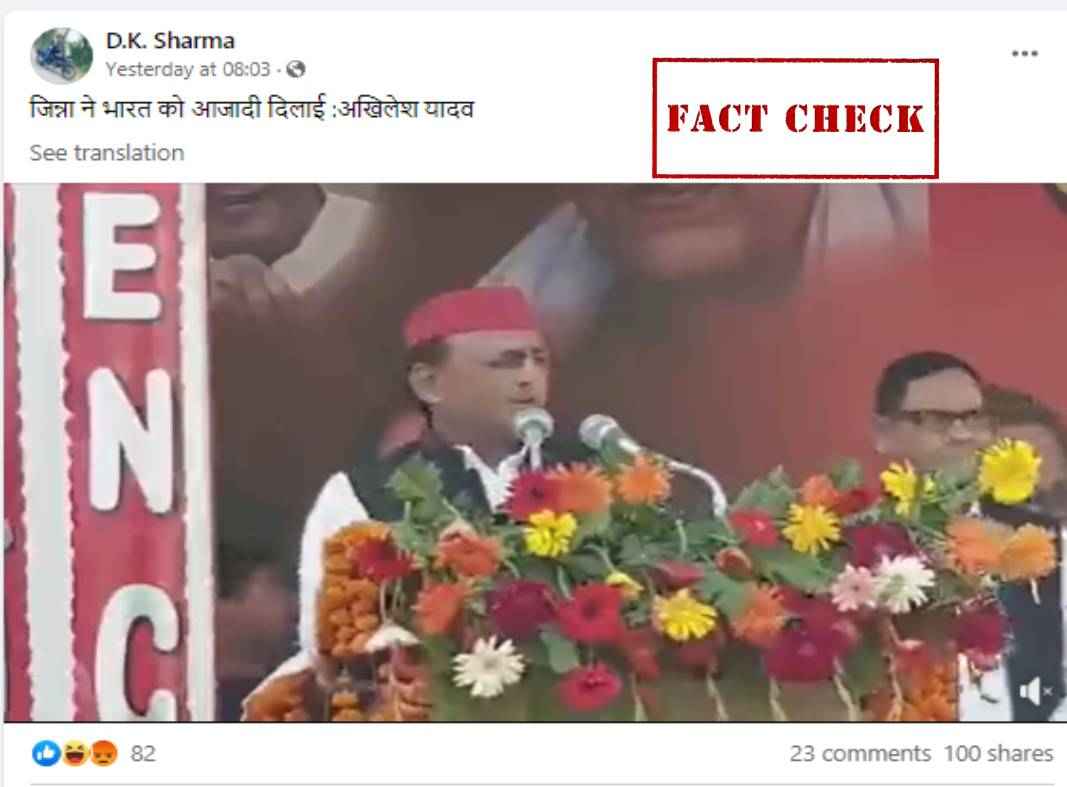 A video of Samajwadi Party leader Akhilesh Yadav’s speech has gone viral on social media where he can be heard saying that ‘Jinnah got us freedom’. 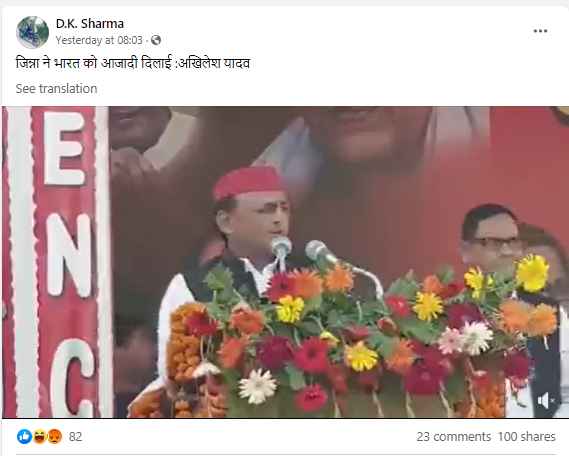 On searching with the keyword, ‘Jinnah, Akhilesh, Azadi’,  we found a report published by Navbharat Times on October 31, 2021. According to the report, he said that Sardar Patel took ground level decisions and was hence known as Iron Man or Loh Purush. He further said, “Sardar Patel, Mahatma Gandhi, Jawaharlal Nehru, Jinnah all went to the same insititute and became barister. They got us freedom, they did not back off when they had to struggle. It was Iron Man Sardar Vallabhbhai Patel who imposed a ban on an ideology (RSS). Now, these ideologues who are talking about the nation’s unity are dividing us in the name of caste and religion.” Akhilesh Yadav made the above comments in the Samajwadi Party’s Vijay Rath Yatra held in Uttar Pradesh ahead of State Assembly Elections 2021. 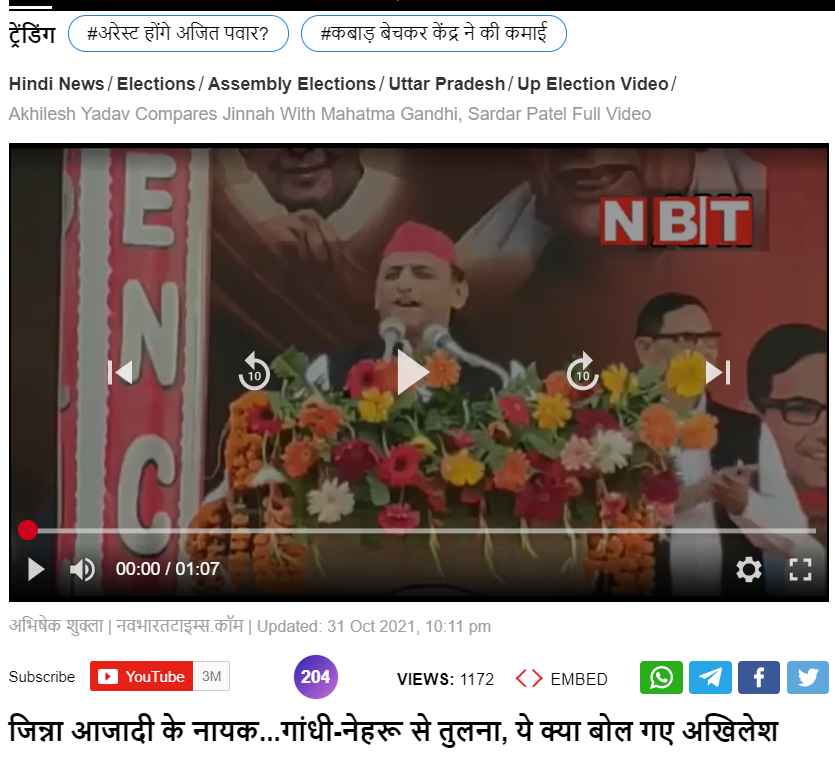 We found that news agency ANI also published the same video with the caption that read, “Sardar Patel, Mahatma Gandhi, Jawaharlal Nehru and (Muhammad Ali) Jinnah studied in the same institute. They became barristers and fought for India’s freedom… It was Iron Man Sardar Vallabhbhai Patel who imposed a ban on an ideology (RSS): SP chief Akhilesh Yadav.” 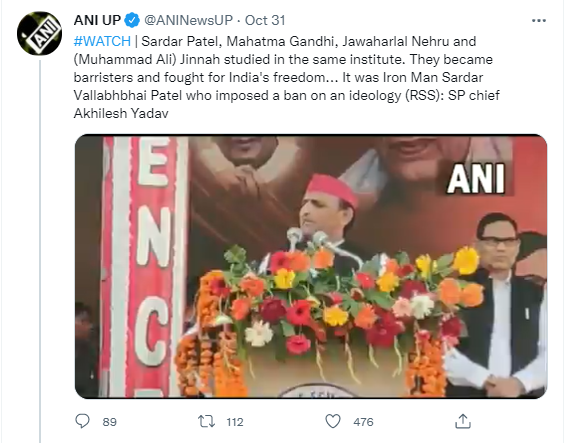 Hence, we can conclude that a small edited clip of the video is being shared out of context with a misleading claim that Akhilesh Yadav said ‘Jinnah got us freedom’.