A picture of a mosque being demolished is circulating on social media with a claim that it was taken recently in Uttar Pradesh. 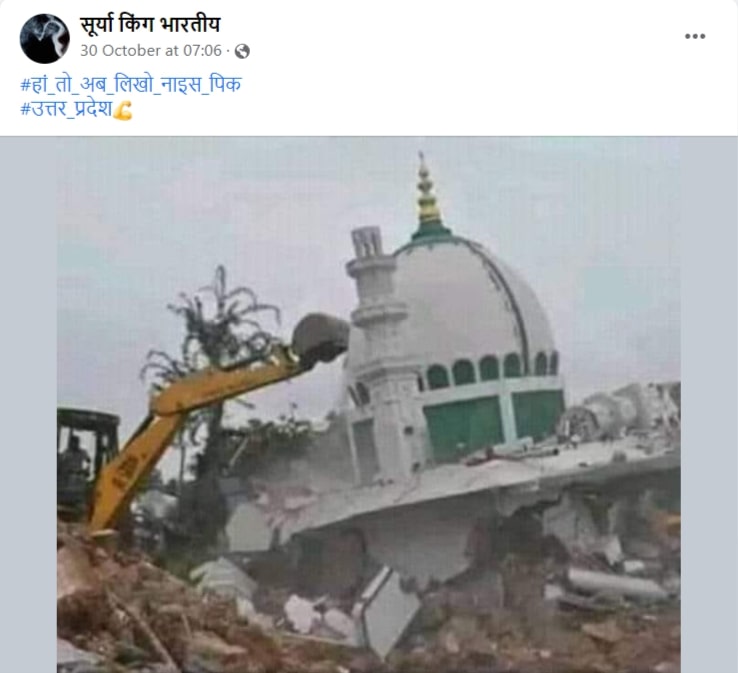 Here’s the link to the above post. Another image can be seen here.

A Reverse Image Search on the Russian search engine Yandex led us to a Bangladeshi blogpost from 2018, where the same image was used. 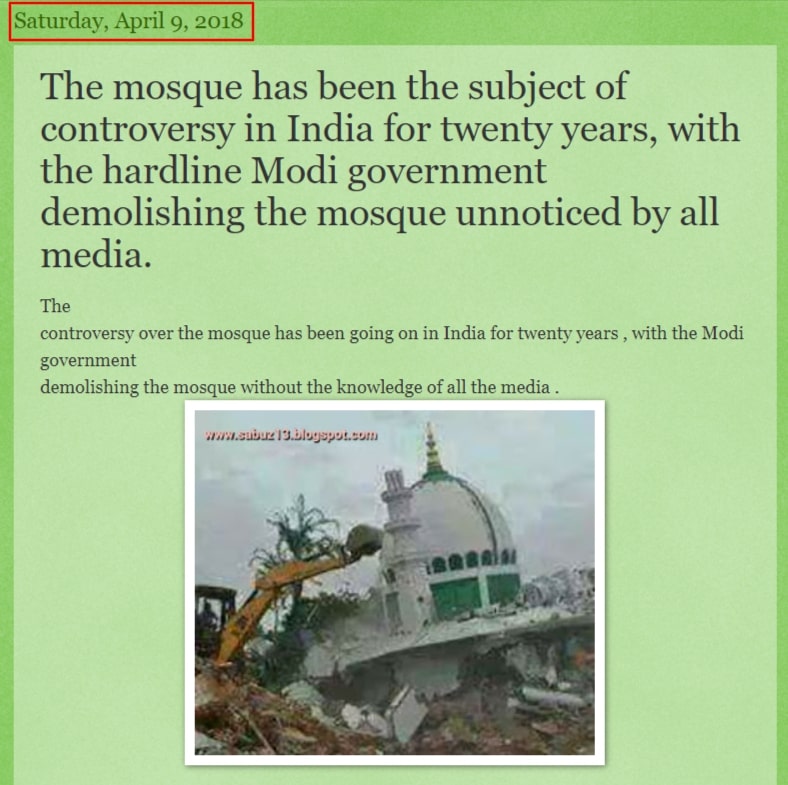 Even though the blog talked about mosques in India, we did not find any substantial information regarding the image.

We then ran another keyword search along with a Reverse Image Search and found that the same image was posted by a Facebook page called ‘DeshGujarat‘ in 2014.

The post also carried a link to the news report by DeshGujarat dated August 6, 2014. “Illegally built religious structure demolished in extended Juhapura (pictures),” the headline of the report read. 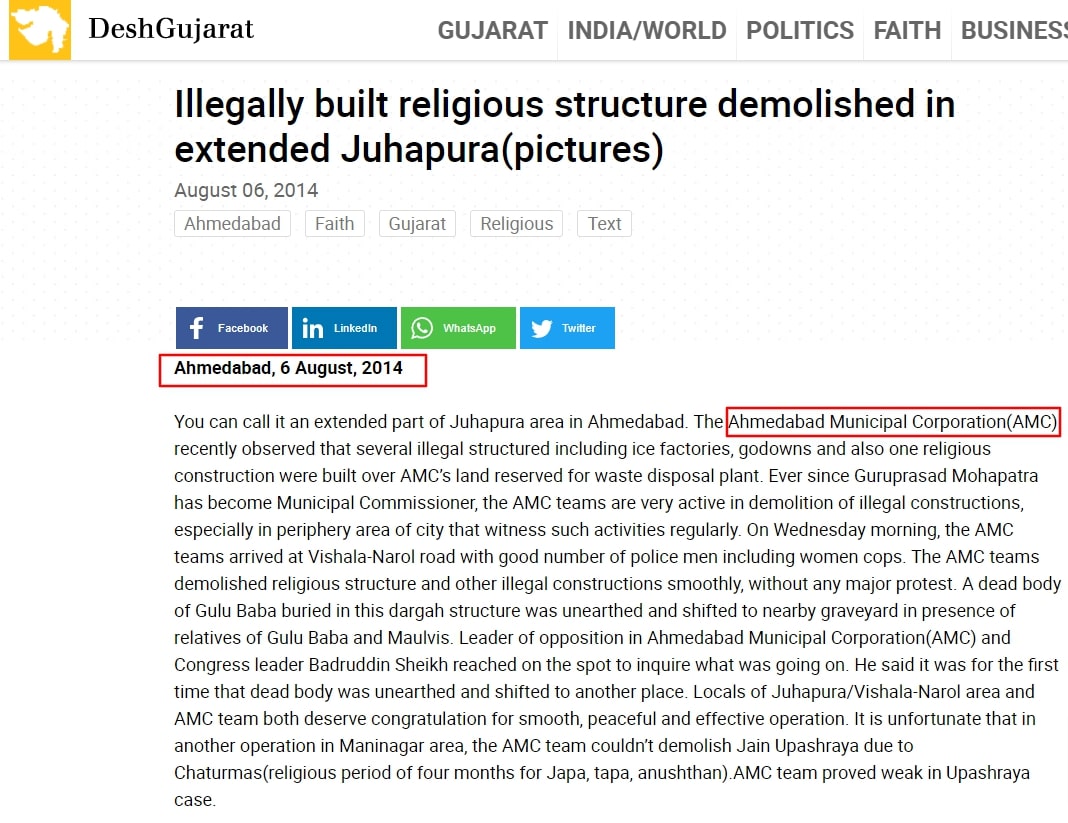 According to the report, Ahmedabad Municipal Corporation (AMC) in 2014, decided to demolish illegal constructions that encroached on government land. The report suggested that a mosque in Juhapura/Vishala-Narol area in Gujarat was demolished as a part of the same drive.

More pictures of the demolition were also present in the article.

NewsMobile independently couldn’t verify the location or the image, however, it is clear from the above fact check that the image has been present on the internet since 2014 and hence, the claim is false and misleading.