Now We Know Why Does Turkey Engage Itself In Afghanistan | Newsmobile
Thursday, February 9, 2023 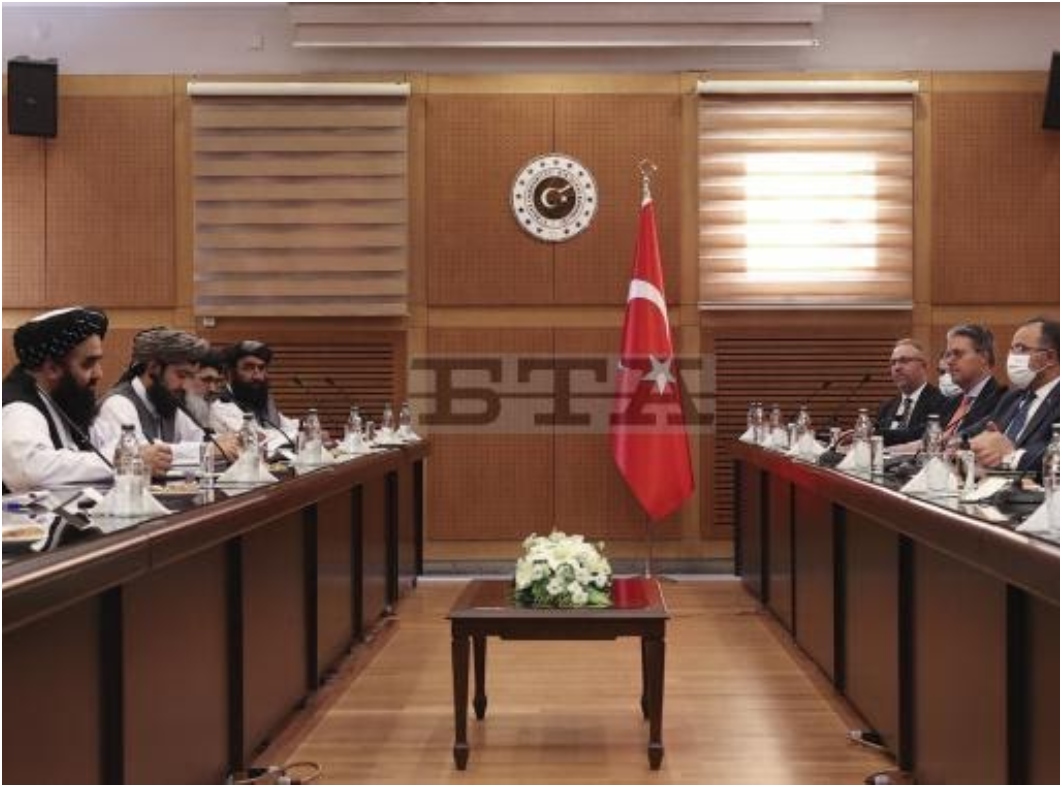 President Recep Tayyip Erdoğan during the recent NATO summit in Brussels. President Erdoğan met U.S. President Joe Biden during the NATO summit. Erdoğan stated that Turkey would need “diplomatic, logistic, and financial assistance” from the United States to maintain troops in Afghanistan following the withdrawal of NATO troops. The NATO summit decided to continue its economic and humanitarian assistance to Afghanistan. Turkey is the only Muslim member country of NATO, which had 500 troops in Afghanistan. Should Ankara decide to return to Afghanistan in an agreement with the Taliban, it might increase the number of troops to guard the Kabul airport as the international community’s main gateway to the country. After 20 years of combat with the Taliban, President Biden withdrew the U.S. forces from Afghanistan. However, why would Turkey become engaged in post-U.S. Afghanistan?

Efforts to revive relationship with the new U.S. administration

Washington-Ankara relations have been tense in recent years. The U.S. support for the YPG in Syria has infuriated Turkey. Ankara asserts that the YPG is the Syrian branch of the PKK, which is designated a terrorist organization by the United States. Moreover, Washington has sanctioned Turkey over its purchase of S-400 advanced Russian missile defense systems, which the U.S. claims are a threat to NATO, and has asked Ankara to abandon the $2.5 billion system. Thus, President Erdoğan wants to turn a new page with the Biden administration. By concurring with Washington to stay in Afghanistan, Turkey aims to alleviate the U.S.-Turkey tension significantly.

The pursuit of a prominent mediating role in peace talks

In April of this year, a high-level peace summit was planned to take place in Turkey co-hosted with the United Nations to bring the Afghan conflict to an end. However, the Taliban refrained from attending and demanded that the conference does not produce any decisive action. Turkey is a prominent and influential Muslim country in the Greater Middle East, a NATO member, and a notable constituent of the Organisation of Islamic Cooperation (OIC).

In addition, Turkey has a fine relationship with the Taliban. The movement views Ankara as a friend of Afghanistan. The Taliban spokesperson once said that “Turkey is an important country, which can positively influence regional themes. Turkey also has a salient relationship with other Afghan protagonists. Turkey has a protracted relationship with the Northern Alliance, a coalition of mujahideen movements from the north of Afghanistan, and particularly with Marshal Abdul Rashid Dostum, the leader of the Uzbeks in Afghanistan. Ankara has played an on-and-off role in the Afghan peace process. It hosted several high-level meetings in the past between Afghanistan and Pakistan over peace in the former. It was said that Istanbul was an option for the Taliban’s political office before it opened in Qatar in 2013.

A more salient role in the region

Pakistan has always been a major actor in the Afghan conflict. It would overtly welcome Turkey’s military presence in Afghanistan; however, its military and secret services will see it as an impediment to their plan of returning the Taliban to power. Pakistan’s military establishment envisioned that the new U.S. administration would subcontract Afghanistan affairs to Islamabad, which did not work.

After China, Turkey has been the biggest exporter of weapons to Pakistan. Turkey’s investment in Pakistan has surpassed $1 billion. Since Pakistan endures economic stagnation and the issue of Kashmir with India, Islamabad needs to support Ankara in its potential Afghan mission.

On the contrary, both Russia and Iran wanted U.S. troops to pull out of their neighbor (Afghanistan). In addition to the U.S. bases in Erbil, Northern Iraq, and across the Middle East, it was arduous for Tehran to tolerate U.S. bases in Afghanistan. Similarly, Russia asserts that the Islamic State Khorasan (IS-K) in Afghanistan emerged during the presence of the NATO forces which are seen as a threat by Russia. Should Afghanistan descend into another civil war, new insurgents would emerge, which could spill over both to Iran and Central Asia. Hence, Iran and Russia see Turkey’s role in Afghanistan through two lenses. First, they see them as a continuation of NATO’s presence in Afghanistan since Turkey is a member of NATO. Second, Ankara, as a neutral and trustworthy mediator, would facilitate peace talks between the Taliban and the rest of politicians and resistances. Turkey can prevent Afghanistan from descending into a civil war and rescue the country from being the center of regional terrorism. Hence, it is up to Ankara’s diplomacy to transpose Russia and Iran’s perspective from the first view to the second.

(Hashim Wahdatyar is a political analyst based in Washington D.C. He tweets @HashimWahdatyar)