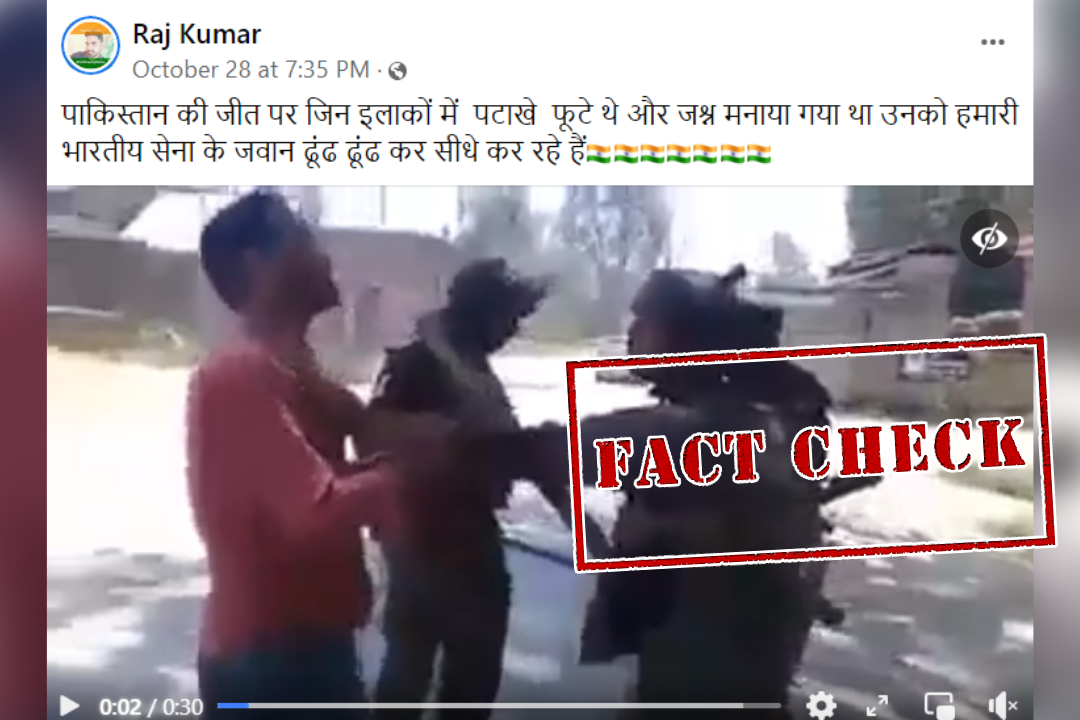 After India recently lost to Pakistan in Men’s T20 World Cup match on October 24, 2021, there have been several instances where cops in India have registered FIRs against those for celebrating Pakistan’s victory. In this backdrop, a video of some police personnel beating a man has gone viral on social media. It is being claimed that since the person was celebrating Pakistan’s victory, he was beaten up by the police and forced to raise “Pakistan Murdabad” slogans.

The video is being shared on Facebook with a caption in Hindi that can be roughly translated in English to, “On Pakistan’s victory, the areas where the firecrackers were burst and the celebration was done, our Indian Army jawans are finding them directly.” 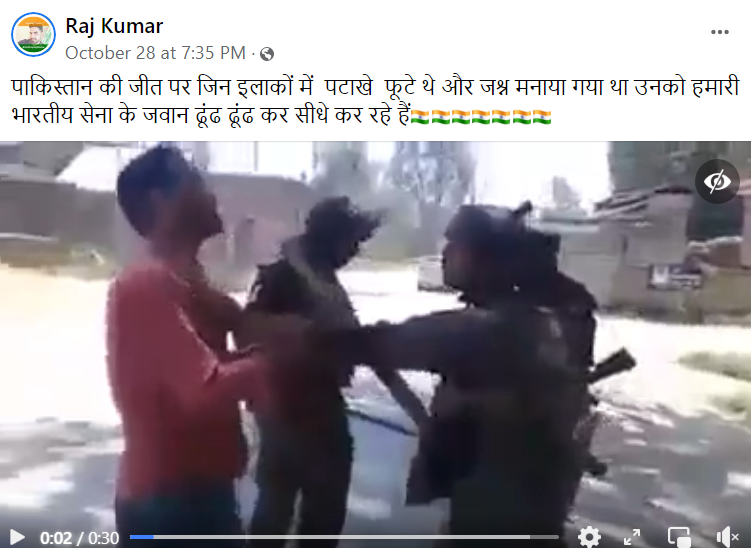 We extracted keyframes from the video and performed a Reverse Image Search. This led us to a YouTube video uploaded on June 30, 2017, which featured the same viral video. The video description translates to, “Indian soldiers continue to torture Muslims in the middle of the street in Kashmir.” 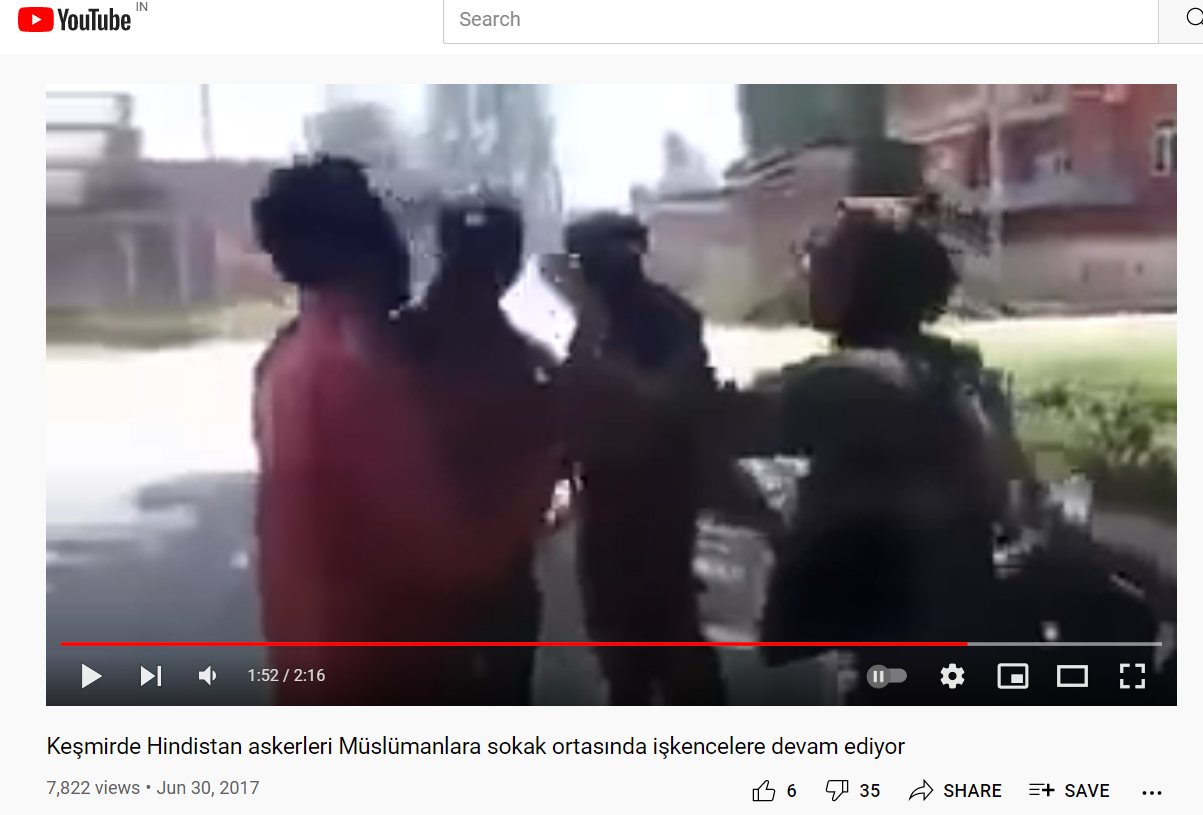 Sharing longer version of the same video, some YouTube users said it shows stone pelters being taught a lesson in Kashmir. The video was uploaded on June 18, 2017. 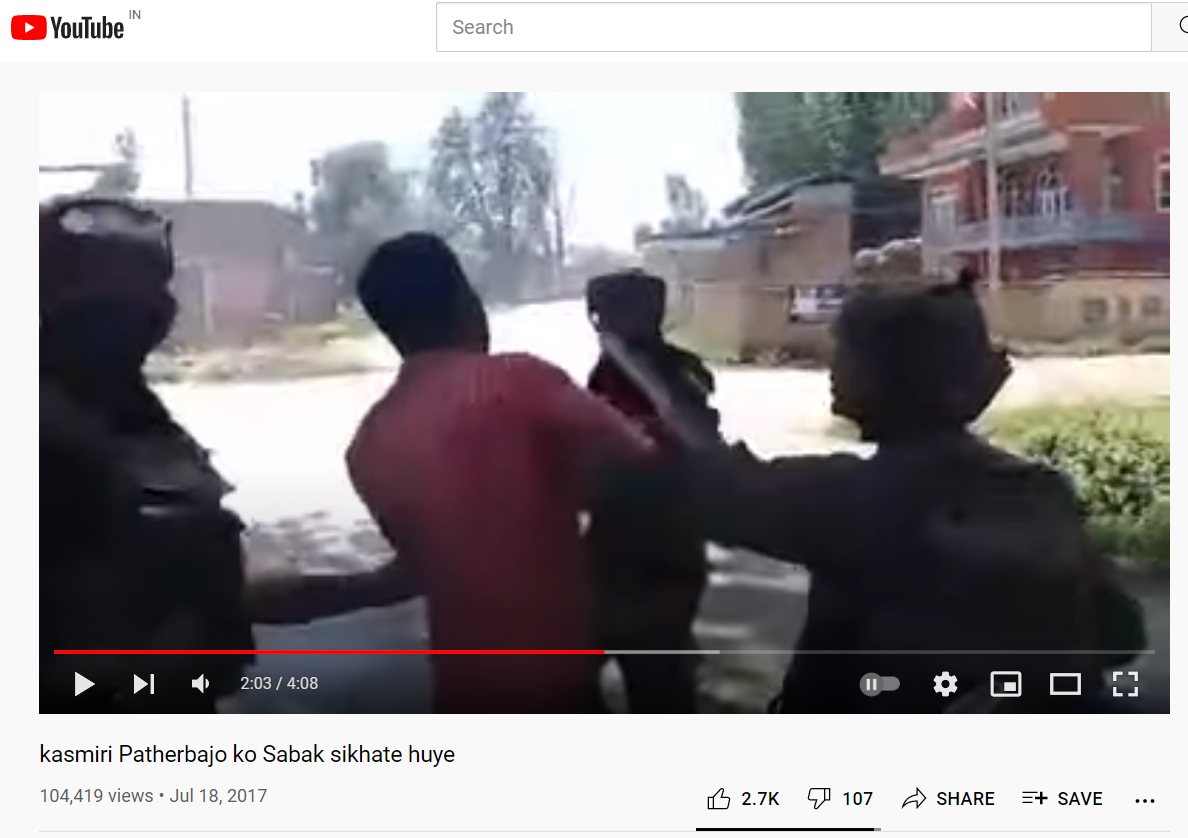 Another YouTube video uploaded on July 19, 2017, which featured the same viral video mentioning Burhan Wani, a Kashmiri militant who was killed by the Indian Army.

NewsMobile independently couldn’t verify the location and the context of the video, but it is evident that the viral video is old.

We also ran a keyword search and found that media reports mentioned that around 90 Kashmiri students were allegedly attacked in various Punjab colleges after India vs Pakistan match. Moreover, Hindustan Times reported that ‘Jammu and Kashmir Police have registered two cases against unknown persons under the Unlawful Activities (Prevention) Act (UAPA) for allegedly celebrating Pakistan’s victory over India in the ICC T20 World Cup’.

Hence, from the above information, it is evident that video has been on the internet at least since 2017 and is not related to recent India vs Pakistan T20 Match.