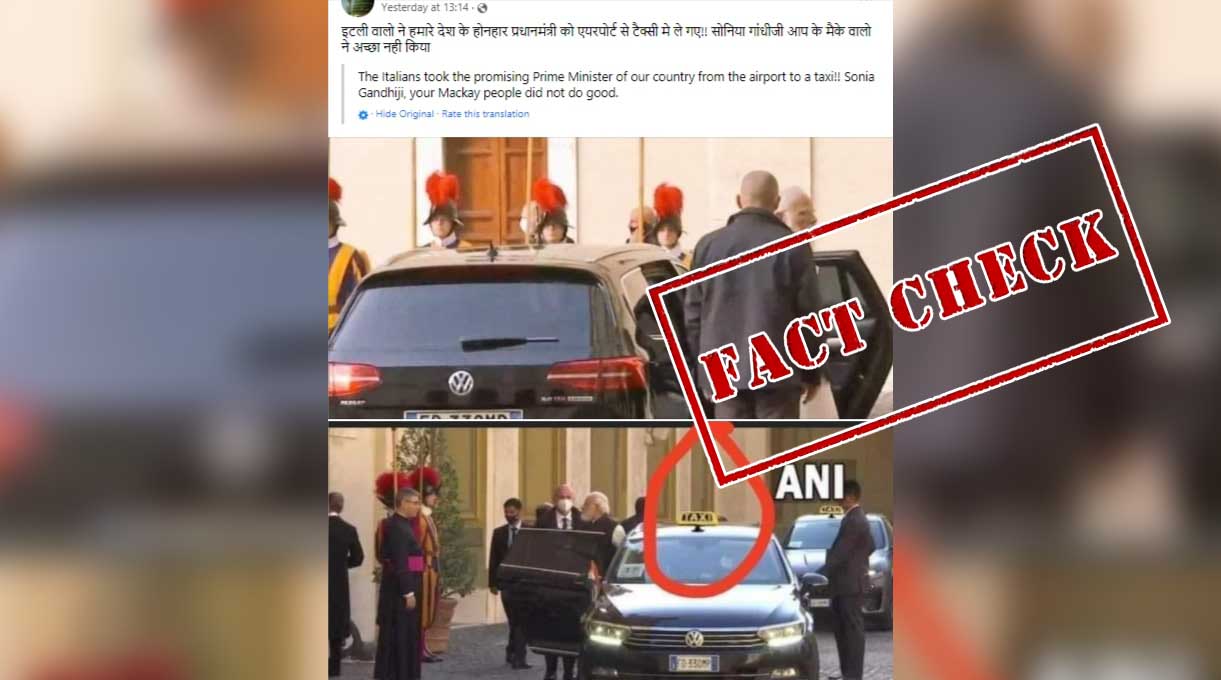 Prime Minister Narendra Modi visited Pope Francis at Vatican City on October 30, 2021, while he was in Rome to attend the G20 summit. Soon after, two pictures started making rounds on social media with a claim that PM Modi had to take a taxi while he was in Italy.

(English Translation: Italians took the promising Prime Minister of our country in a taxi from the airport! This wasn’t right on the part of people from Sonia Gandhi’s homeland.) 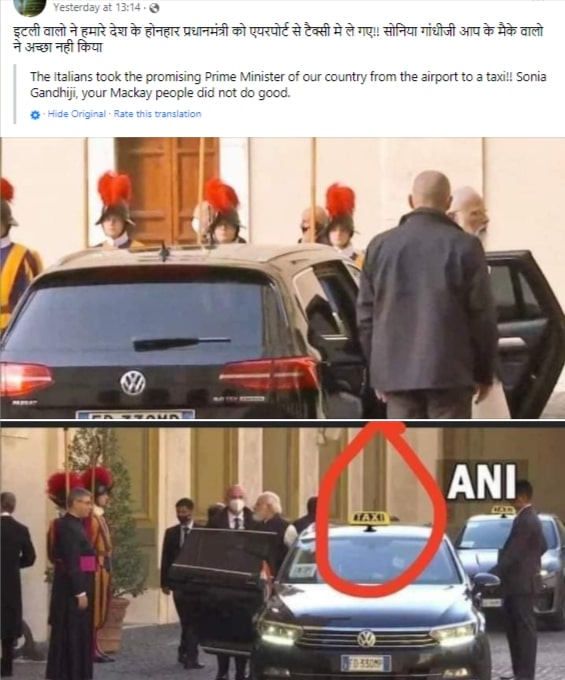 Here’s the link to the above post. More such posts can be seen here, here, and here.

We checked both the pictures individually and found both of them to be morphed.

We put the image through Google Reverse Image Search and found that the same picture was also tweeted by ANI on October 30, 3021. “Prime Minister Narendra Modi arrives at the Vatican City to meet Pope Francis,” the picture was captioned.

However, in the original image, the bumper stating that it’s a taxi service was missing.

So, from the above collage, it is clear that a bumper of a cab service app has been digitally added.

We checked and found that the second image was also uploaded by ANI on its verified Twitter handle on October 30, 2021. As per the caption, it was taken when Prime Minister Narendra Modi was leaving after his meeting with Pope Francis.

When we compared the original image to the viral image, it became clear that the Taxi sign has been added using editing software.

Hence, from the above information, it is clear that the viral images are morphed and the post is fake.