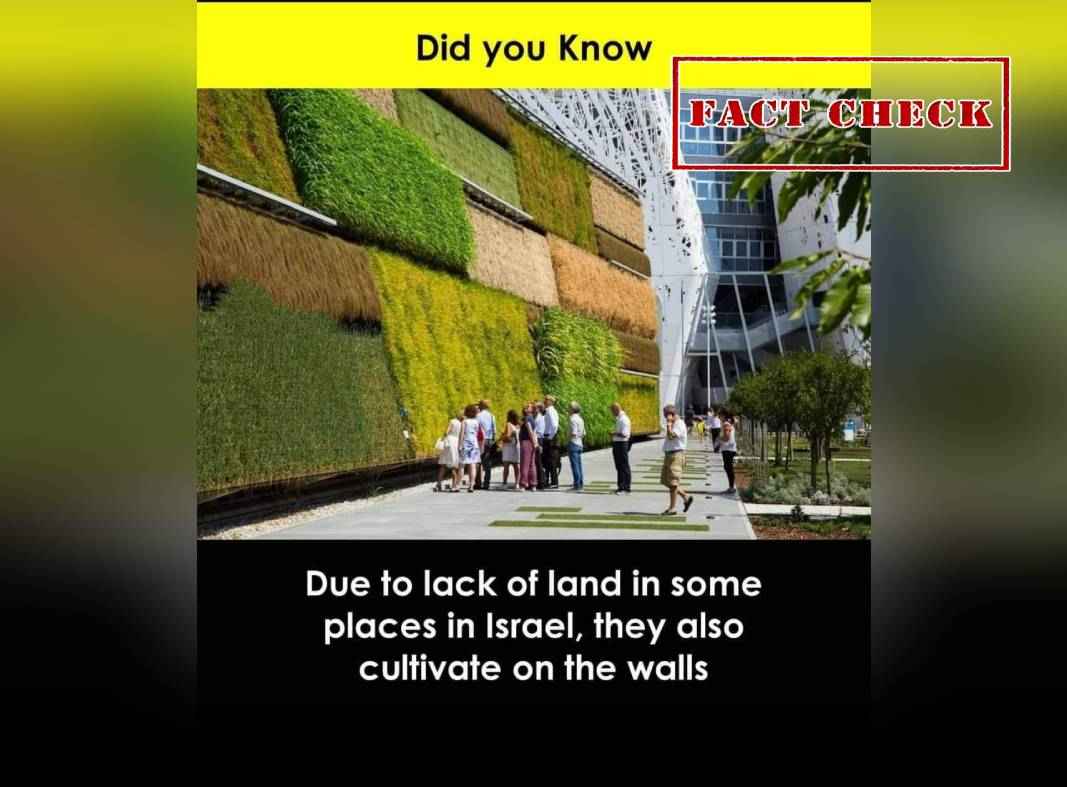 An image showing green vegetation cover on a vertical wall has gone viral on social media with a caption suggesting that it is from Israel.

The image is being shared with a caption that reads, “Did you know,  Due to lack of land in some places in Israel, they also cultivate on the walls.” 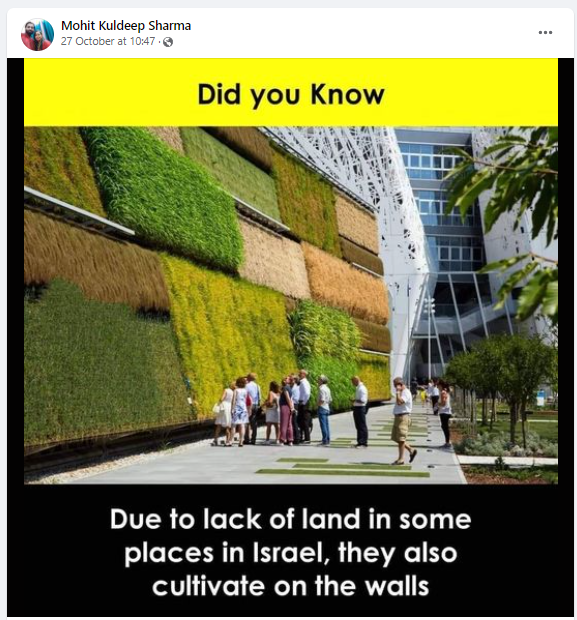 On doing a Google Reverse Image Search we found that the same image was published on Pinterest with the caption that read, “pabellon Israeli en la expo milan 2015” 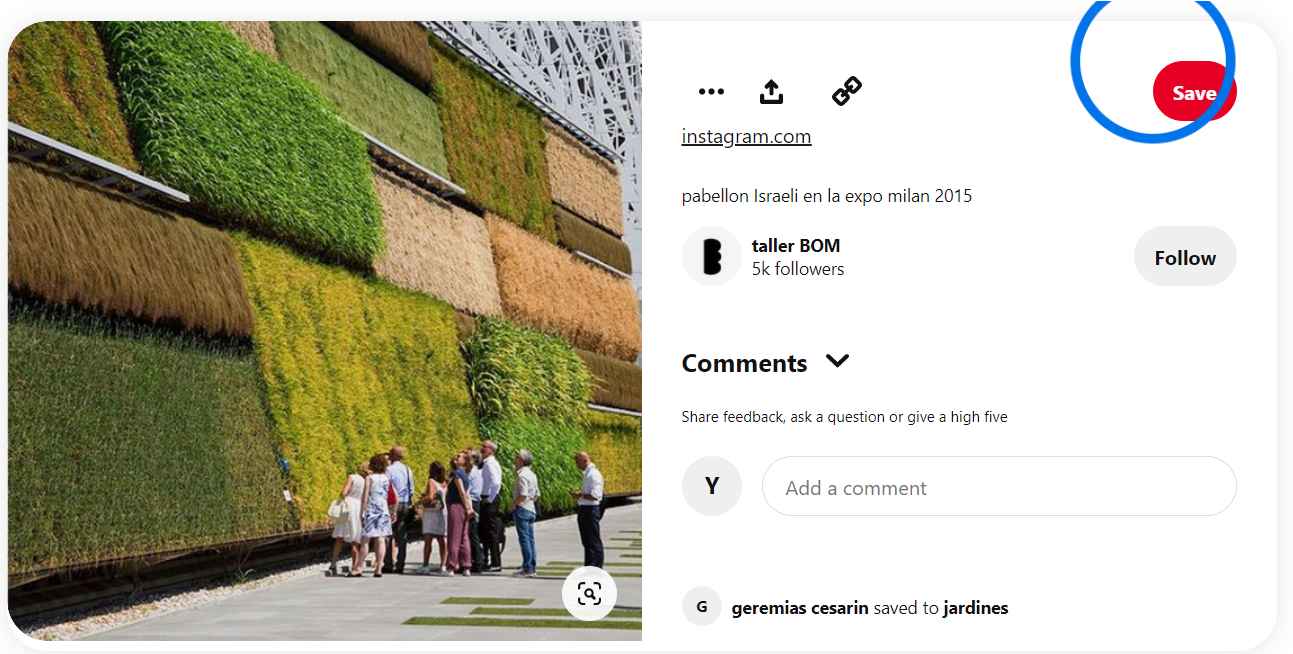 On clicking the link provided on the Pinterest post, it led us to the Instagram profile of The New York Times. The image was published on August 12, 2015, with the caption: “The Israeli pavilion at @expo2015milano features a striking vertical field, which uses innovative irrigation methods — a reflection of the environmental attitudes at this year’s fair. The theme of @expo2015milano, which runs through October and includes 54 national pavilions, is “Feeding the Planet, Energy for Life.” It is billed as “a laboratory of innovation” on “sustainable development, food security and quality in the production chain.” But a visitor will also come across prominent vendors like McDonald’s and Coca-Cola there. @samuele_pellecchia photographed @expo2015milano on assignment for @nytfood.” 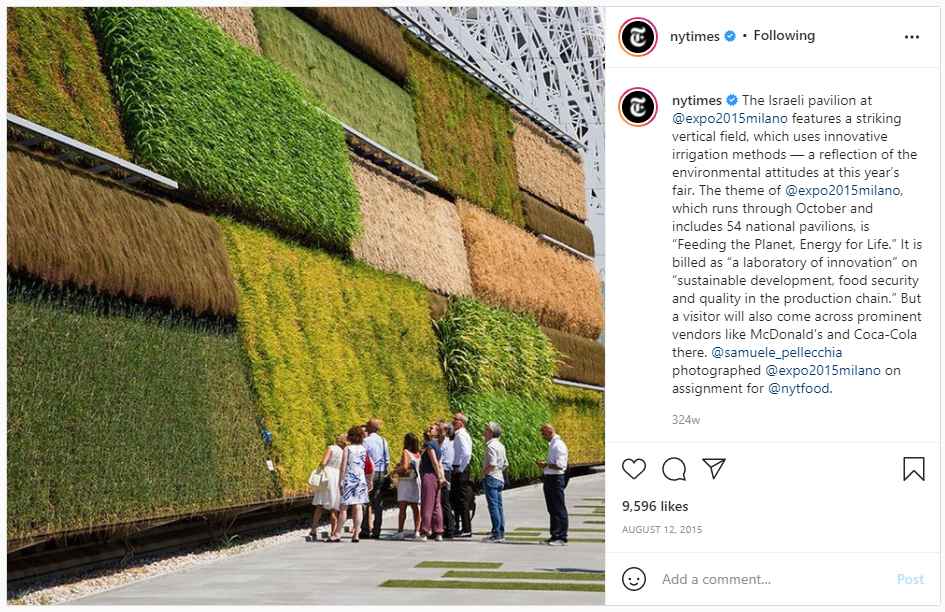 The image was also published on the website of The New York Times on August 10, 2015, with a caption: “Attendees of Expo Milano 2015 examining the Israel pavilion’s vertical field, a reflection of the fair’s environmental themes.Credit…Samuele Pellecchia for The New York Times.” 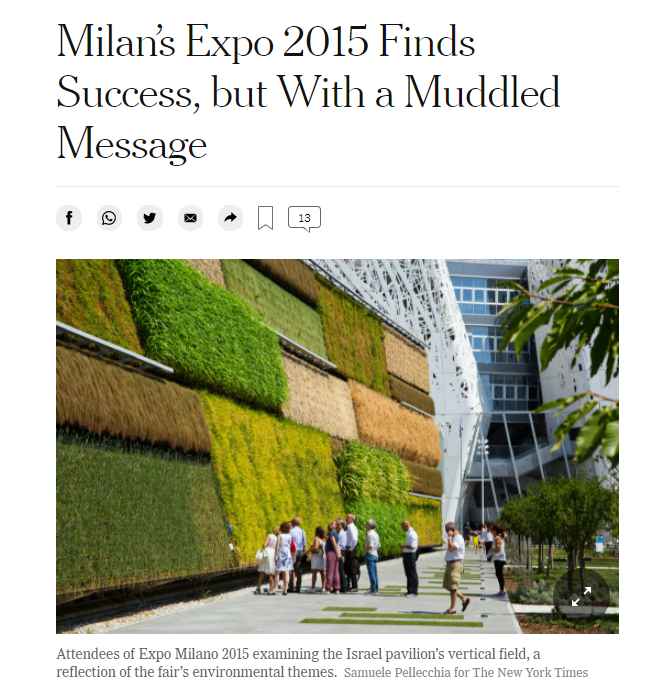 We found that in Israel, start-ups are growing vertical fields through the use of geoponic technology, agricultural expertise and smart design.

Hence, while the image shows a vertical garden, a concept from Israel, but it was featured in Milan Expo 2015, which was held in Italy. Thus the viral claim is misleading.