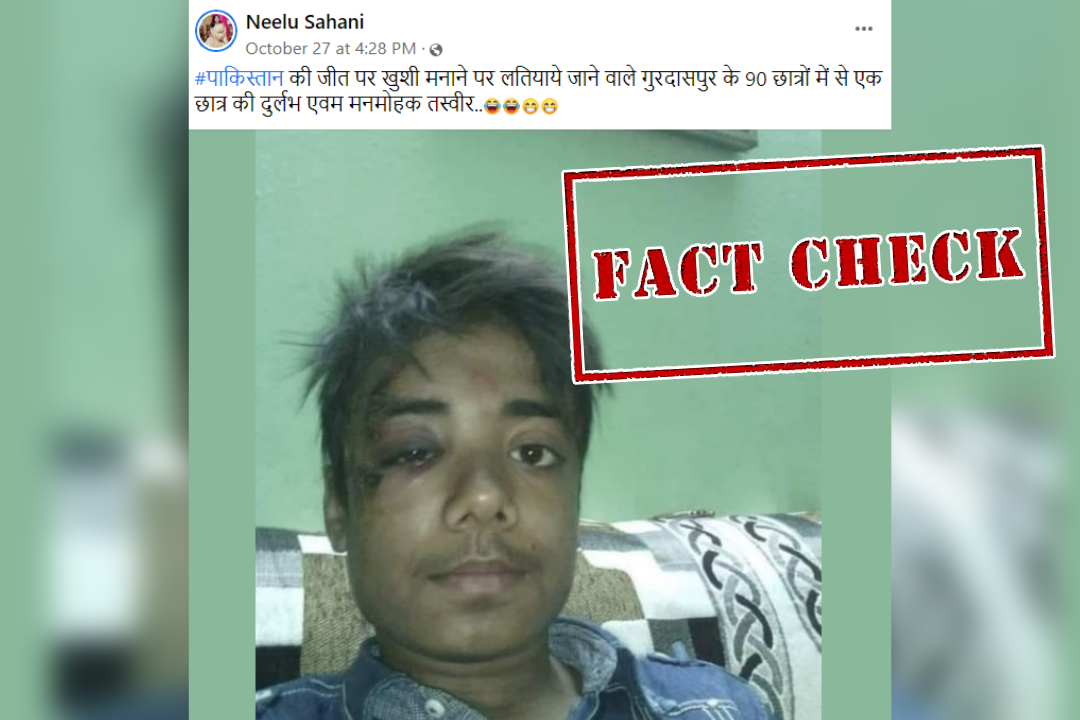 The ICC men’s T20 World Cup 2021 is currently being played in UAE and Oman. After Pakistan defeated India for the first time in a World Cup match by 10 wickets on October 24, 2021, an outburst against the Indian cricket team and people celebrating Pakistan’s victory spurred all over social media.

Against this backdrop, an image of a bruised child is being shared on social media claiming that it shows one of those 90 students who were assaulted for celebrating Pakistan’s victory.

The image has been shared on Facebook with a caption in Hindi that can be roughly translated in English to, “Rare and adorable picture of one of the 90 students of Gurdaspur who are being felicitated on the victory of #Pakistan.” 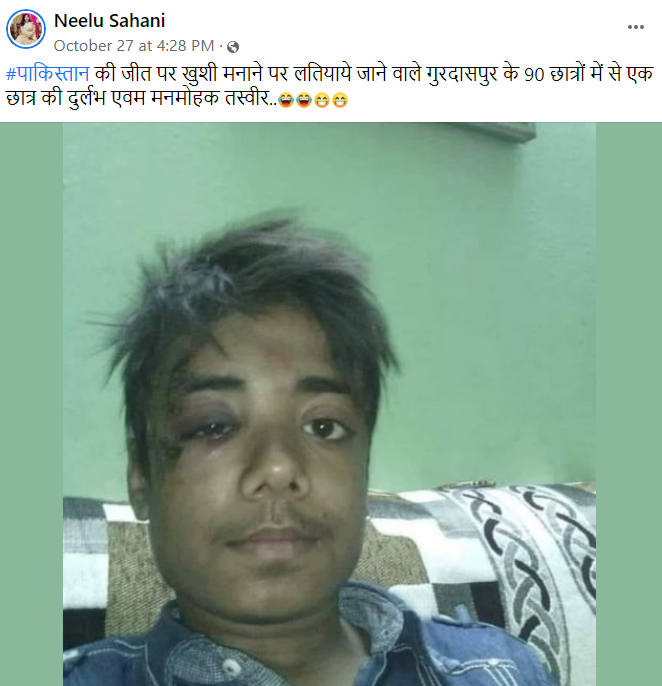 Doing a Reverse Image Search directed us to a Facebook post uploaded on February 15, 2016, that carried the same viral image. Sharing a group of similar photos, the social media user said that he got injured during an accident.

We then compared the viral image with the profile picture of the social media user and found that it is the same person. 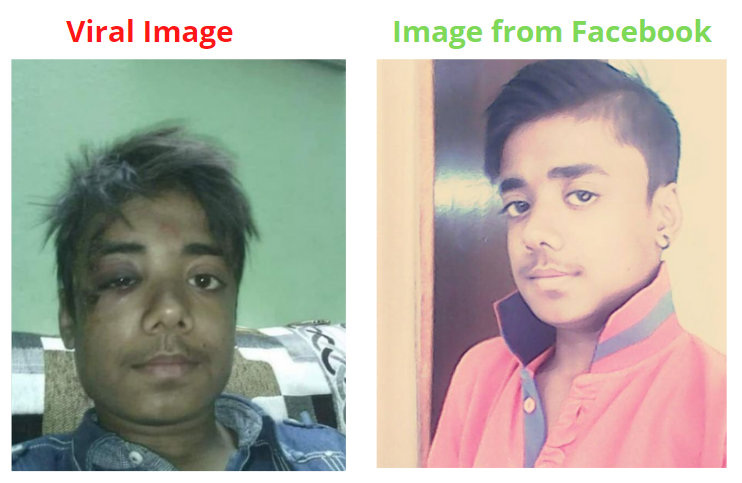 We also ran a keyword search and found that media reports mentioned that around 90 Kashmiri students were allegedly attacked in various Punjab colleges after the India vs Pakistan match.

Thus, it is evident from the above information that an old and unrelated image is being falsely shared as a young student beaten for celebrating Pakistan’s victory. Hence, the post is misleading.