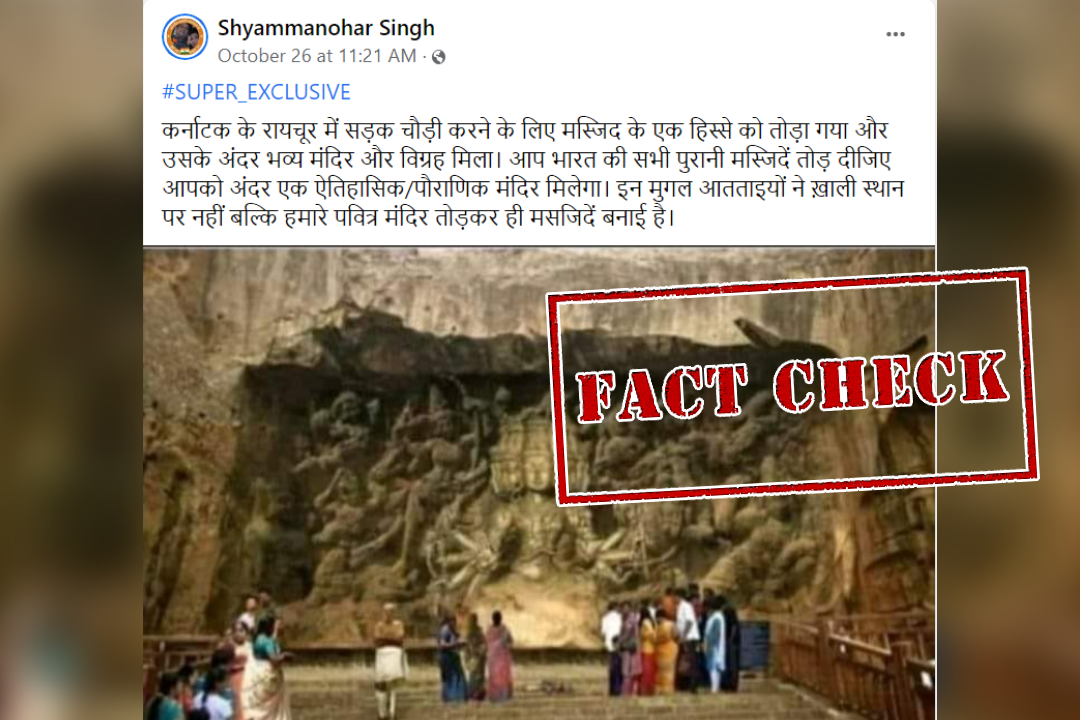 An image in which a huge idol of Hindu Goddess Durga can be seen, has gone viral on social media claiming that a mosque was demolished in Karnataka to widen the road, which led to the discovery of this huge idol of Goddess Durga.

The image is shared on Facebook with a caption in Hindi that can be roughly translated in English to, “A part of the mosque was demolished to widen the road in Raichur, Karnataka and a grand temple and deity were found inside it. You break all the old mosques of India, you will find a historical mythological temple inside. These Mughal terrorists have built mosques not in empty places but by breaking our holy temples. -JP Baba.” 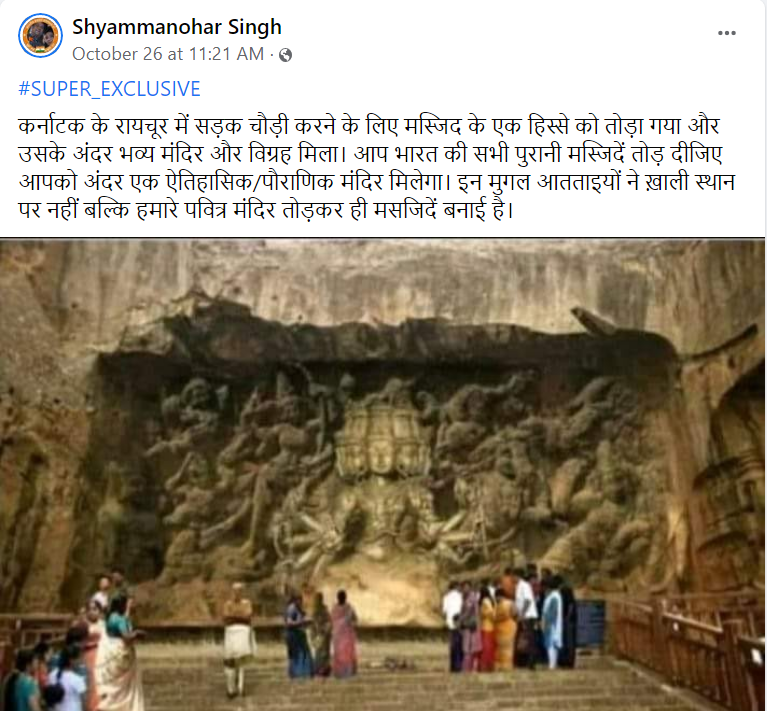 We did a Reverse Image Search and found a similar image uploaded on Shutterstock with the description, “Longmen Grottoes -Fengxiang temple stone Buddhas on Apr 12, 2016, in Luoyang, Henan, China. The Grottoes is one of China’s four Buddhist Caves Art Treasure Houses.” In the image, one can see the statue of Gautam Buddha, not of Goddess Durga. 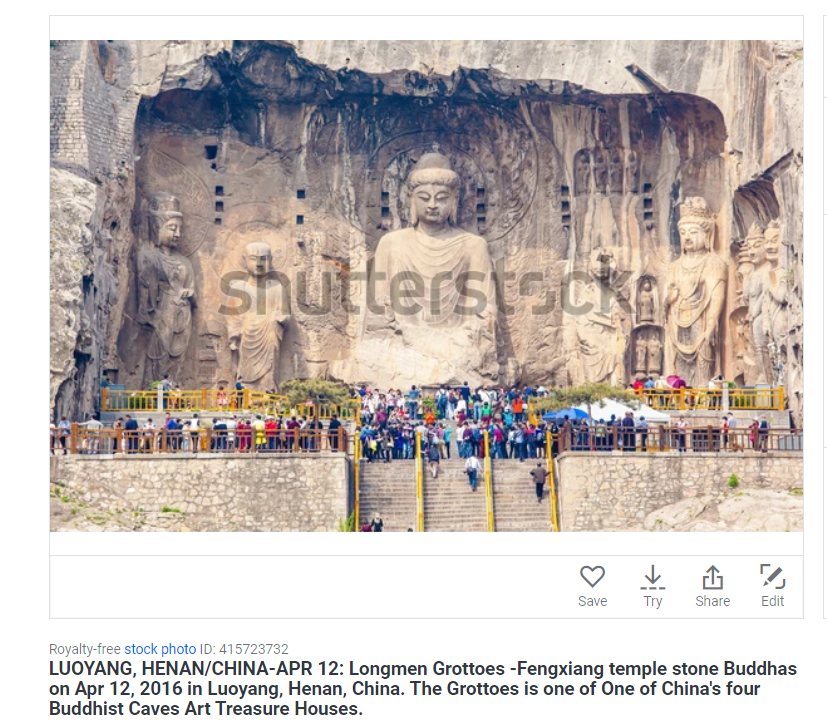 We also found this image of a cave with a Buddha statue on chinadiscovery.com. According to the information available here, it also belongs to Longmen Grotto (Longmen Cave).

Searching further, we found out that this image has been viral at least since 2018. Sharing the original image, many Twitter users shared that the viral image is morphed and edited.

Blatant lies.The above image(main tweet) is not from India but from Spain. It is a morphed & edited image of the below image.https://t.co/vxCKn9SqqN@altnews @SMHoaxSlayer
@boomlive_in pic.twitter.com/cZ8fjLosQ5

Below is the comparison between the morphed image and the original image. 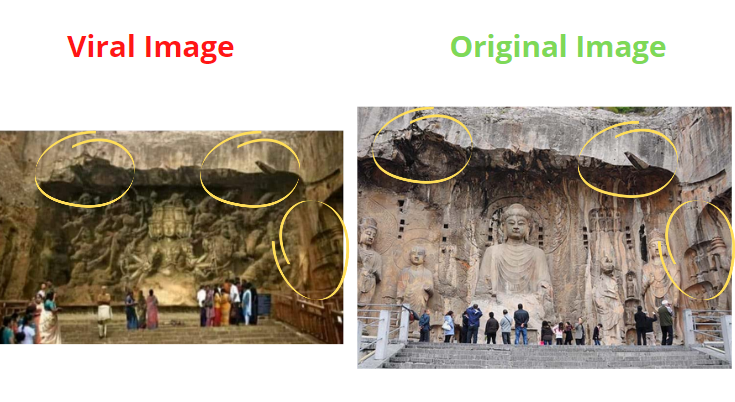 We also did a keyword search and but could not find any credible news article stating that a deity of Goddess Durga has been recently found in Raichur, Karnataka.

Thus, it is evident from the above information that a morphed image of a cave with a Buddha statue is being shared with false claims.