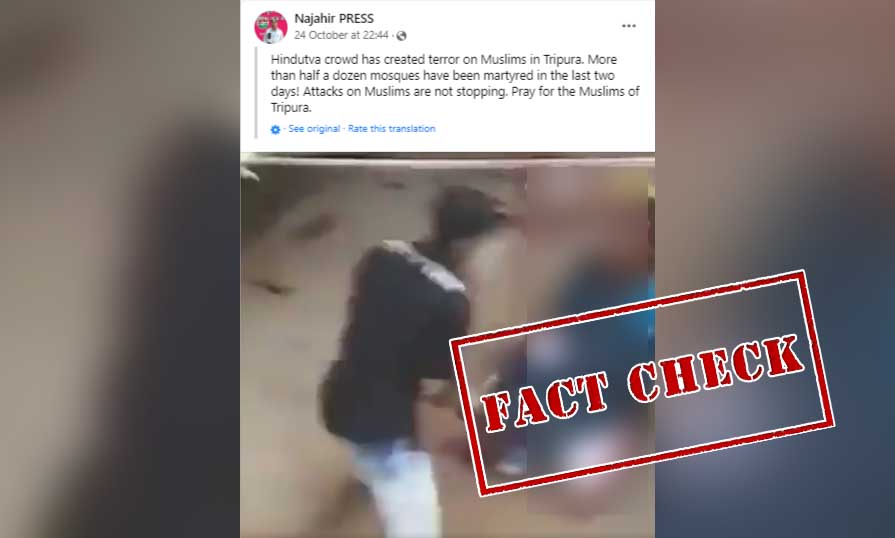 In the backdrop of recent incidents of violence in election-bound Tripura, a disturbing video has surfaced on social media platforms claiming that it shows an attack on minorities by the majority community in the state.

A Facebook user shared the video with a caption in Hindi that roughly translates to, “Hindutva mob has been terrorizing Muslims in Tripura. For two weeks, more than two dozen of mosques have been demolished. Muslims cannot save themselves from the attack. Please pray for Muslims who live in Tripura.” 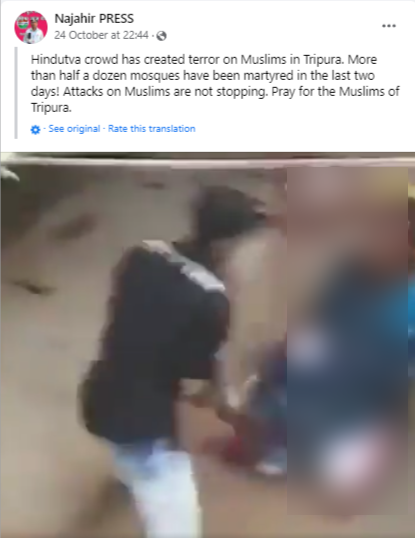 The video is viral on Twitter with the same claim. Posts carrying the same video can be found here and here.

With the help of Reverse Image Search, we found this screengrab of the video in a news report by a Bangladeshi media outlet, Jugantor dated May 23, 2021. “Father hacked to death in front of son in Pallabi: Another accused killed in ‘gunfight'”, reads the headline in Bengali. 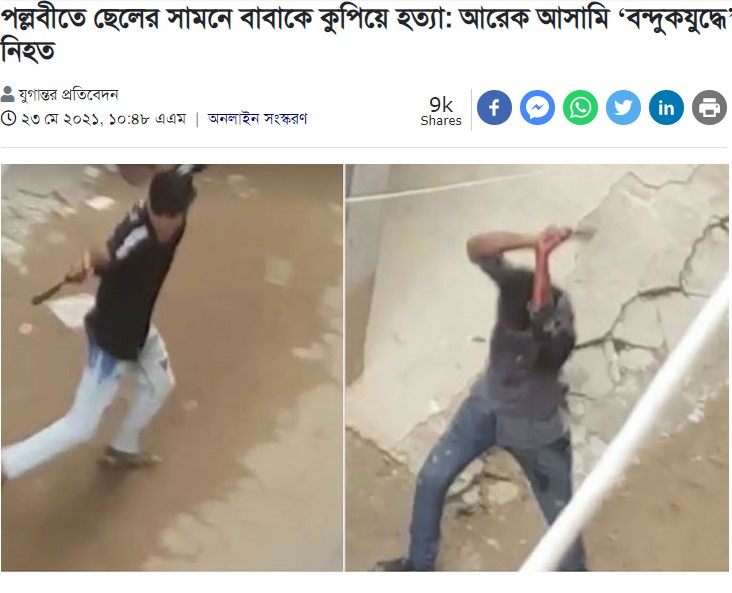 On further checking, we found a video report on the incident by a Bangladeshi TV News Channel Jamuna TV on May 23, 2021. 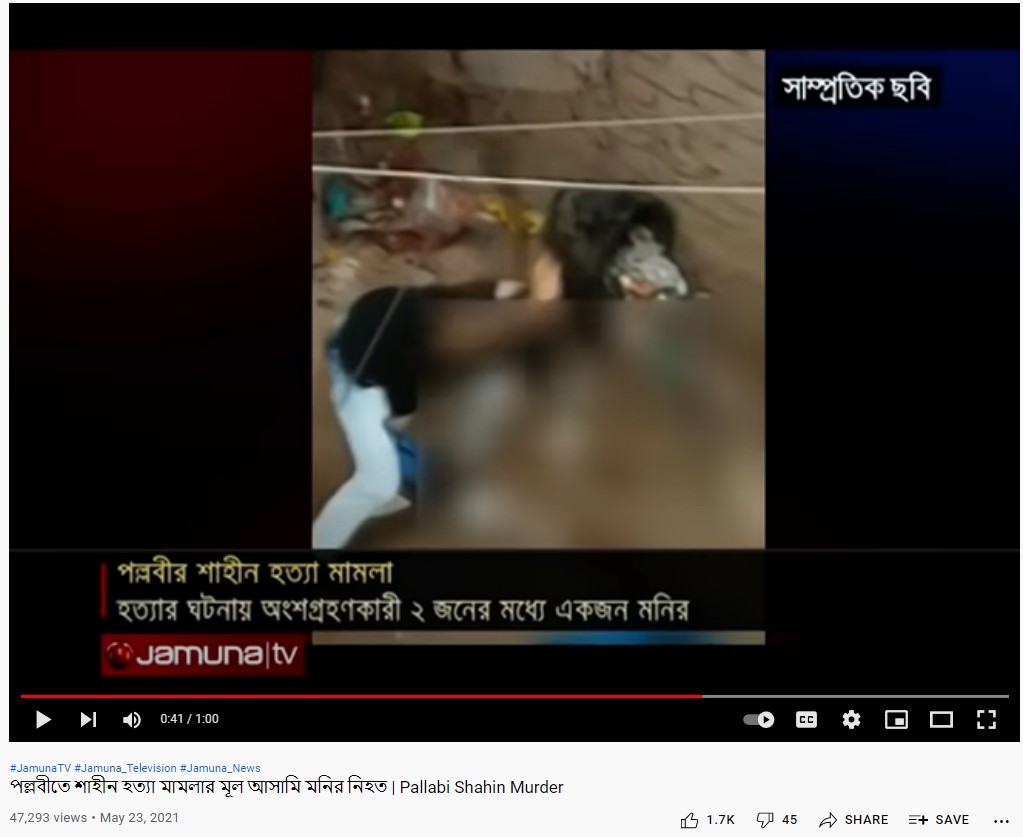 As per the reports, the attack took place on May 16, 2021, during which 34-year-old Shahinuddin was hacked to death in broad daylight by culprits in front of his son over a land dispute. Masrafi, the victim’s seven-year-old son said, he was with his father when the incident happened. The main accused Suman confessed to the crime, Prothom Alo English reported on May 29.

Bangladesh Police also put out a press release on the viral video stating that the visuals show the brutal killing of Shahinuddin on May 16.

Therefore, we can conclude that an unrelated disturbing video from Bangladesh is being falsely shared to show violence in Tripura.