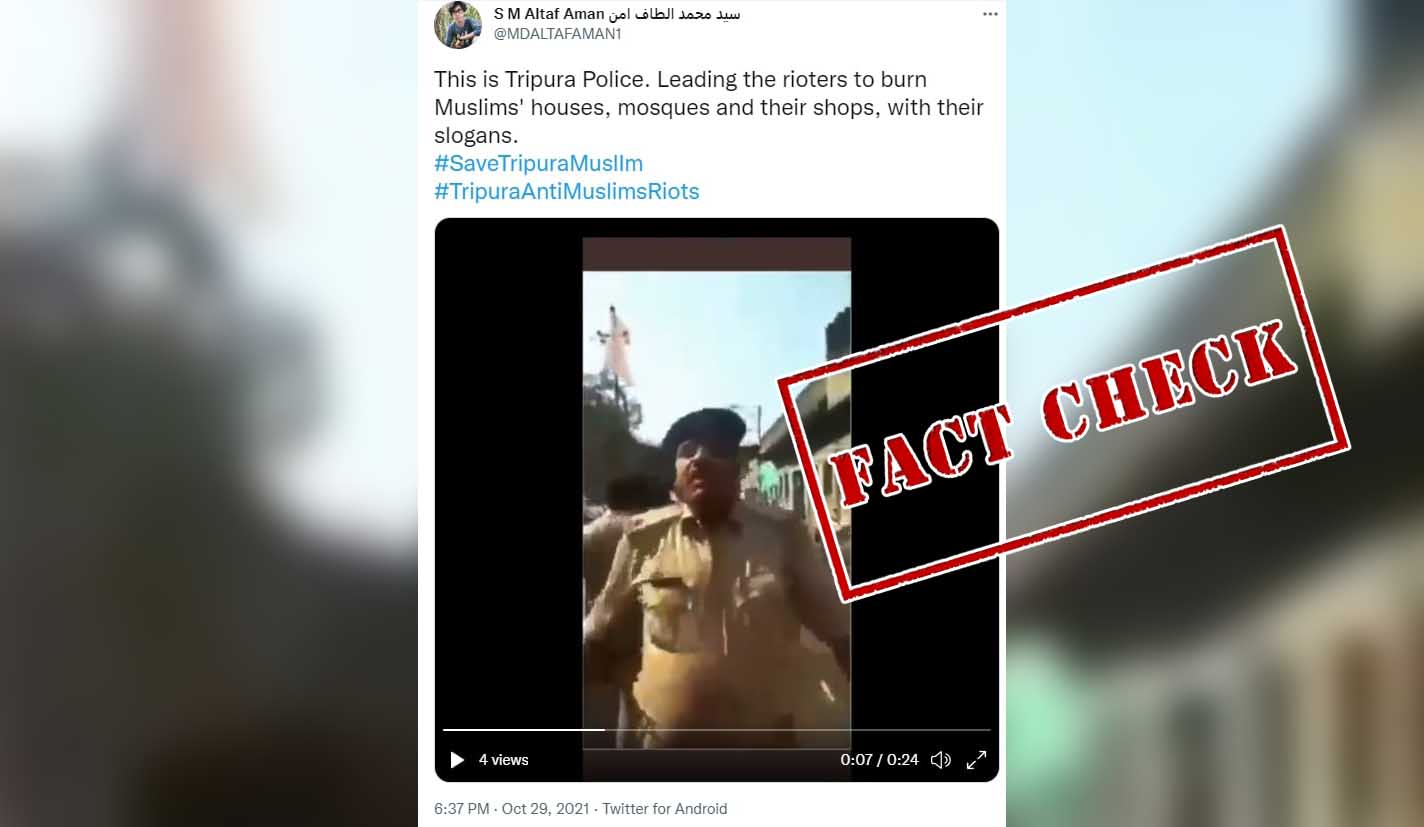 Amid the ongoing tension in Tripura, a video of a few policemen raising slogans of ‘Jai Shri Ram’ is being shared on social media with a claim that they are from Tripura Police.

“This is Tripura Police. Leading the rioters to burn Muslims’ houses, mosques and their shops, with their slogans. #SaveTripuraMuslIm #TripuraAntiMuslimsRiots,” the social media post read. 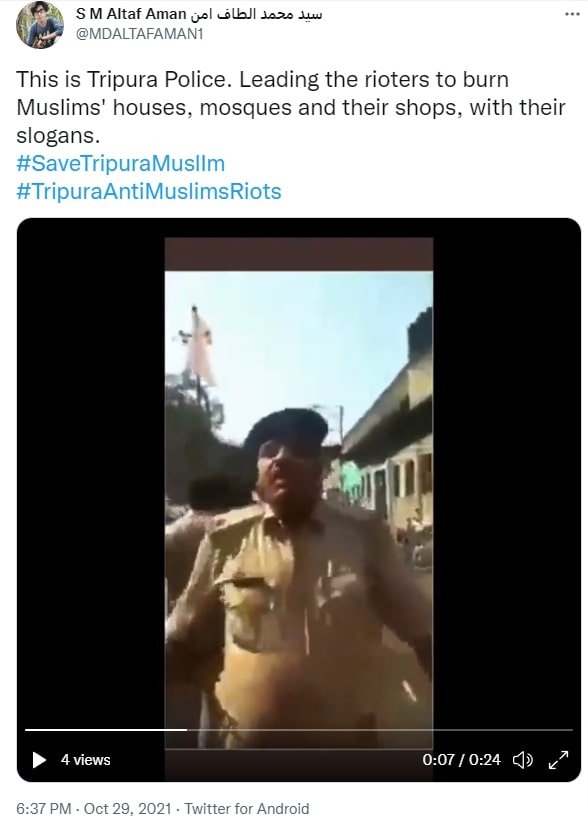 Here’s the link to the above post. More posts can be seen here and here.

We extracted keyframes of the video and put them through Reverse Image Search. However, we did find much about the video on Google.

A Yandex search on the same keyframes led us to the same video which was uploaded on YouTube in 2018 with the title,” ASI is chaunting jai sri ram slogans.” 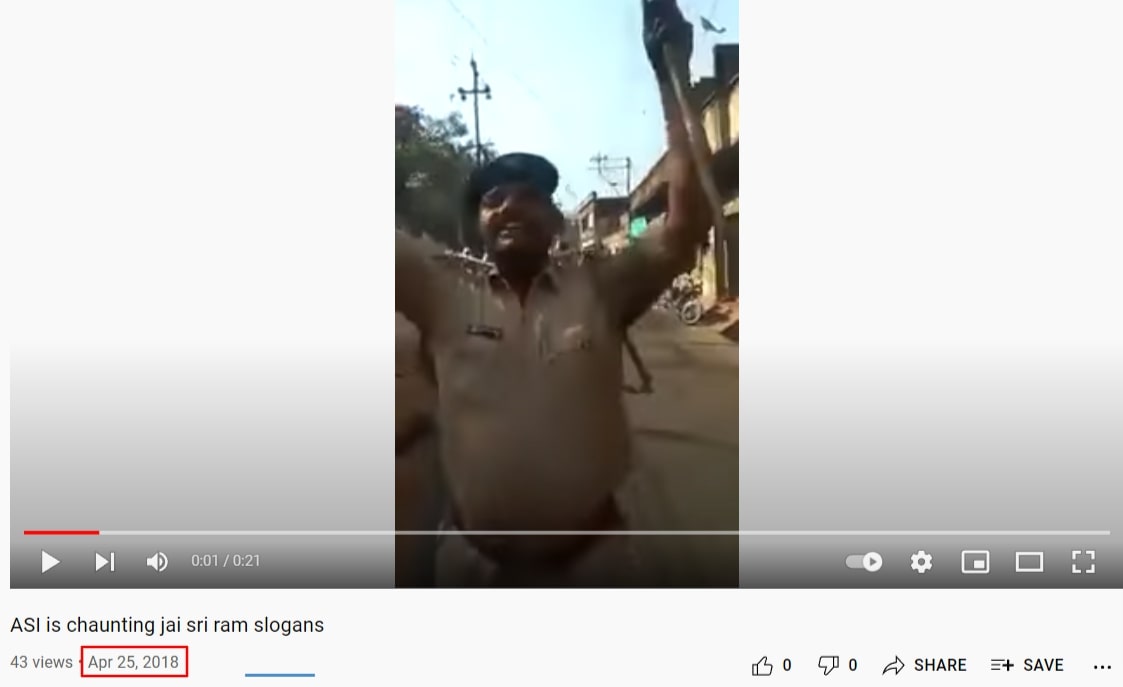 Another user also shared the same video on YouTube on April 5, 2018. 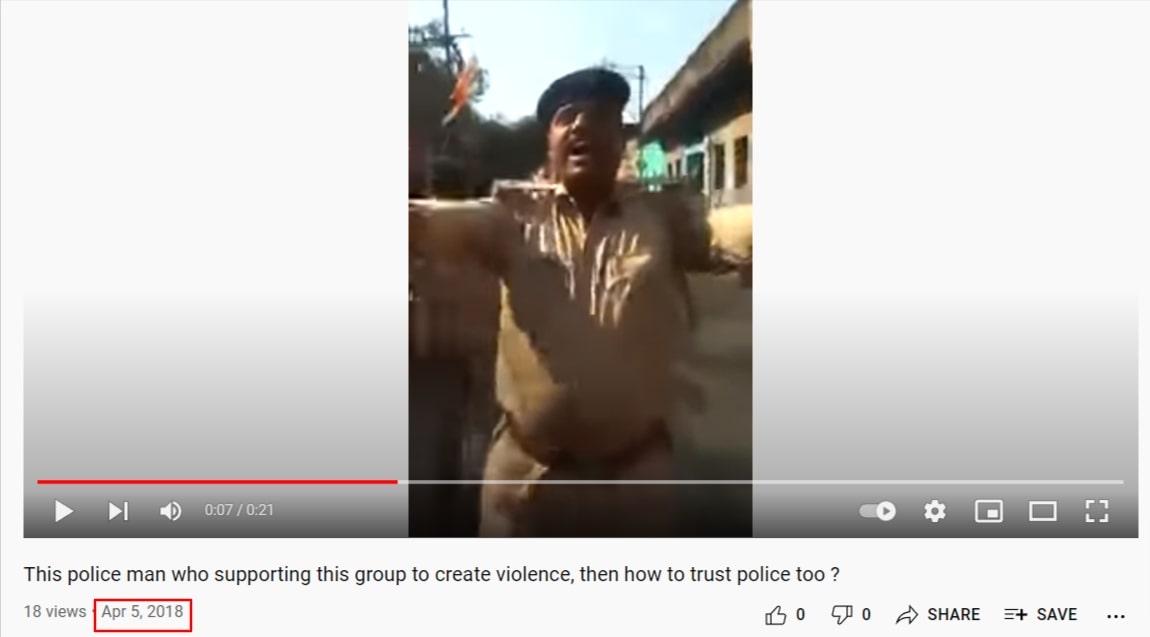 We then ran a search and found that the longer version of the same video was also shared by the Facebook page of Patna Live on March 30, 2018. As per the video caption, it was taken in the Samastipur district of Bihar.

As per the report, on March 27, 2018, on the occasion of Chaiti Durga Puja in Rosda Bazar of Bihar Samastipur district, stone-pelting and arson were done after a dispute between two communities. The reports mentioned that this video was taken during the processions of Ram Navami.
According to several media reports, clashes erupted in Bihar’s Bhagalpur district on March 17, 2018, which soon spread to other parts of the state and the neighbouring state of West Bengal.
A report by India Today stated, “As Bihar government was getting worried with communal clashes spreading to more areas, trouble broke out in the Northern District of Samastipur. Clashes erupted here after a slipper was hurled at a procession carrying the idol of Goddess Durga for immersion.”
Even though NewsMobile independently couldn’t verify the location of the video, it is clear from the above information that the video is from 2018 and is not related to recent Tripura violence. Hence, the post in circulation is false.