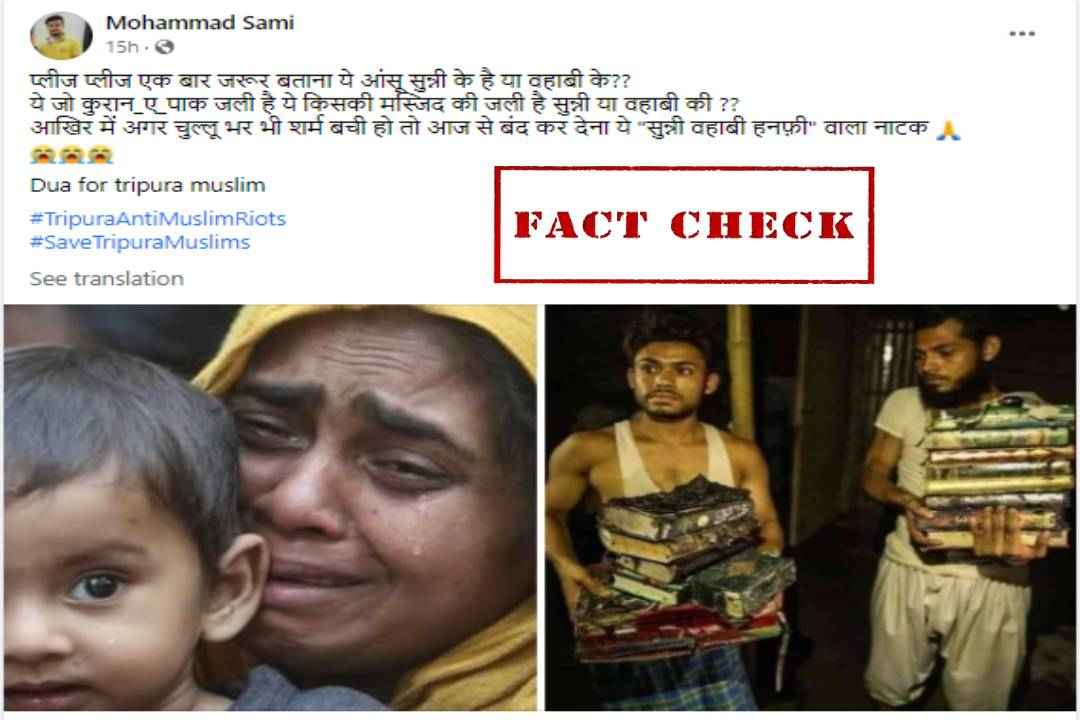 Security was tightened and restrictions on gatherings were enforced in Tripura after incidents of attacks on the minority community flared up in the state. In the above context, a post having two images has gone viral on social media with a claim that it is of recent Tripura violence.

(English translation: Please please tell me once this tear is of Sunni or Wahabi?? This Quran_e Pak is burnt, whose mosque is it burnt by Sunni or Wahabi?? In the end, if there is even a whole lot of shame left, then stop this “Sunni Wahabi Hanafi” drama from today.) 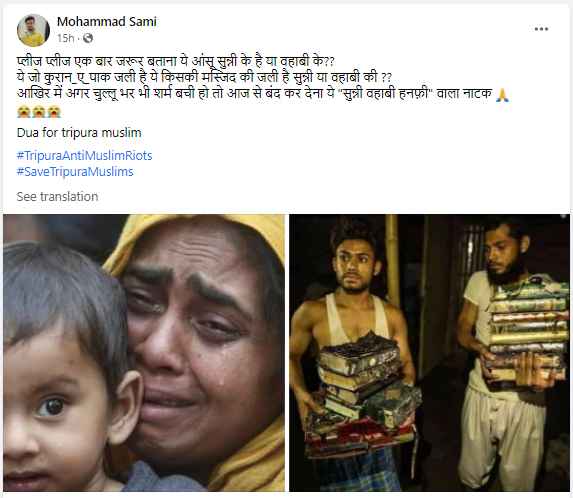 We verified both the images separately. Let’s have a look: 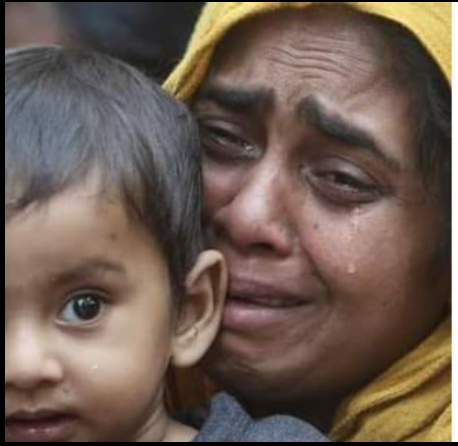 On doing a Google Reverse Image Search, we found the same image was uploaded by ABS-CBN News on February 4, 2019. The image was shared with the caption that reads, “A Rohingya Muslim woman cries as she holds her daughter after they were detained by Border Security Force (BSF) soldiers while crossing the India-Bangladesh border from Bangladesh, at Raimura village on the outskirts of Agartala on January 22, 2019.” 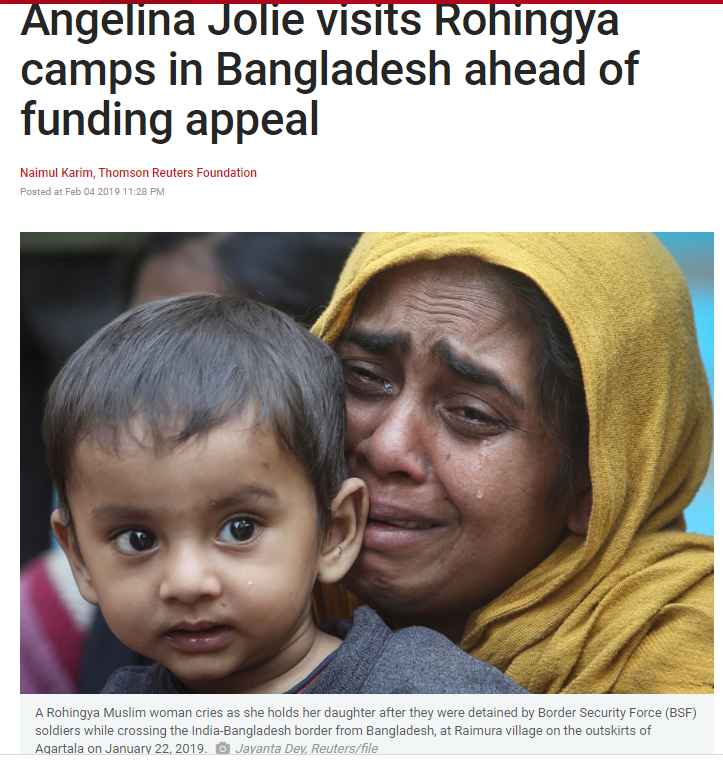 Reuters also uploaded the image on January 22, 2019, with the caption that read, “A Rohingya Muslim woman cries as she holds her daughter after they were detained by Border Security Force (BSF) soldiers while crossing the India-Bangladesh border from Bangladesh, at Raimura village on the outskirts of Agartala, January 22, 2019. REUTERS/Jayanta Dey.” The title associated with the image reads, “Indian police arrest Rohingya Muslim group stuck on Bangladesh border.” 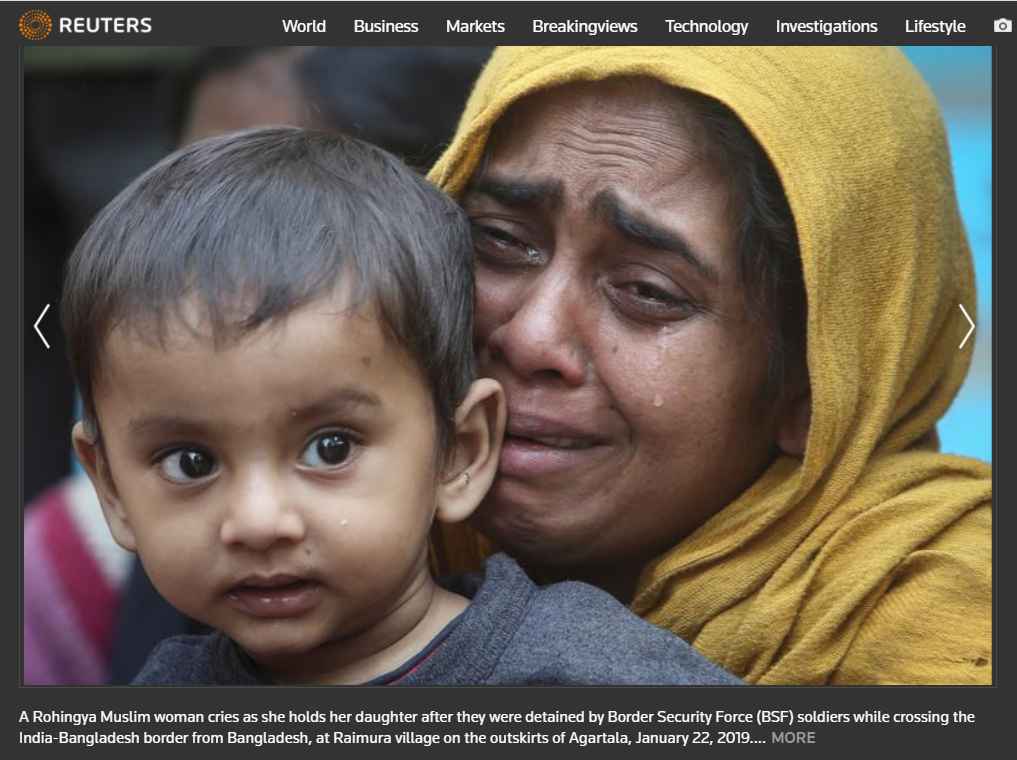 Hence, the viral image is from 2019 and is of Rohingya Muslims at the India Bangladesh border. 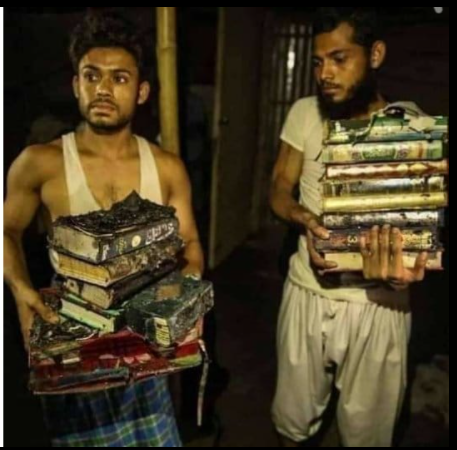 On doing a Google Reverse Image Search, we found the same image was tweeted by a journalist Aasif Mujtaba on October 28, 2021, with the caption that read, “These images are from the recent fire mishap at Rohingya Refugee camp at Kanchan Kunj, New Delhi and not from Tripura. We got these images when @miles2smile_ started the relief work in June this year. Kindly do not share the misinformation #TripuraAntiMuslimRiots.” 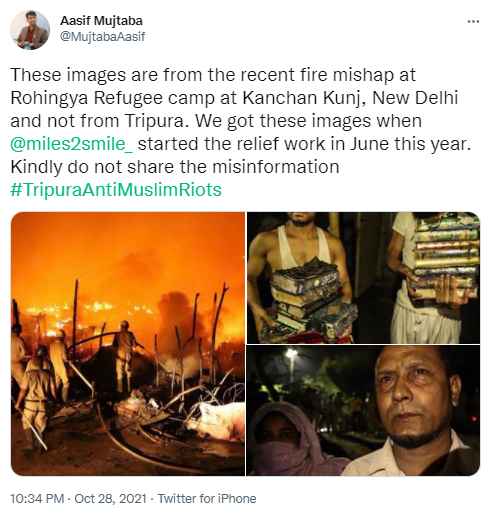 According to The Hindu, on June 12, 2021, a fire broke out at a Rohingya refugee camp near Kalindi Kunj Metro station in southeast Delhi in which more than 50 shanties were gutted. The report was also published by several other media outlets. The reports can be seen here and here.

Thus, old images of Rohingyas have gone viral with a misleading link to Tripura’s communal violence.