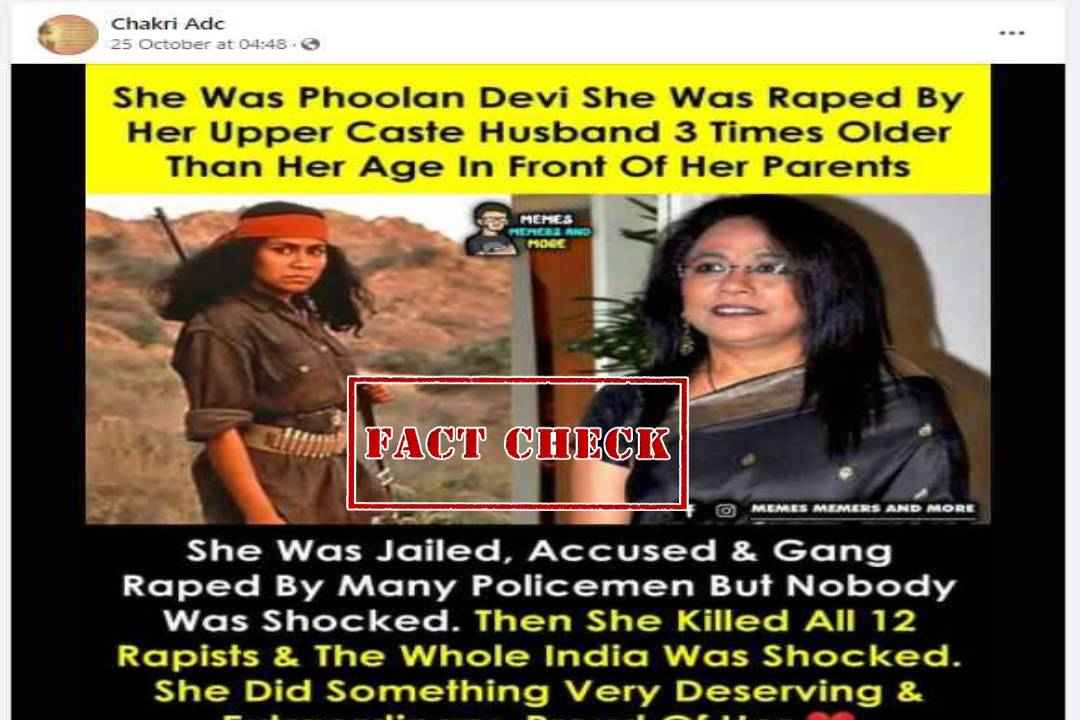 A collage of two images has gone viral on social media with a claim that they are of Phoolan Devi. Phoolan Devi was a bandit, a women rights activist and politician from the Samajwadi Party who later served as a Member of Parliament.

The images are being shared with text that reads, “She Was Phoolan Devi She Was Raped By Her Upper Caste Husband 3 Times Older Than Her Age In Front Of Her Parents She Was Jailed, Accused & Gang Raped By Many Policemen But Nobody Was Shocked. Then She Killed All 12 Rapists & The Whole India Was Shocked. She Did Something Very Deserving &
Extraordinary. Proud Of Her” 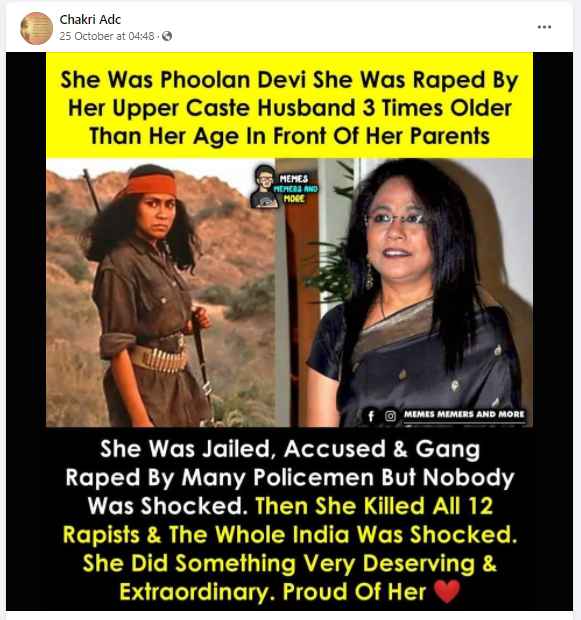 We did a Google search for Phoolan Devi and found several media reports on her.

According to a report by The Print, Phoolan Devi was sold off in marriage by her family to a much older man at the age of 11, who abused her physically. After multiple attempts, she finally managed to run away. She ran from home to join a gang of bandits, where she was raped by gang leader Babu Gujar until fellow member Vikram Mallah killed him to save her.
Phoolan Devi was later abducted and taken to the Thakur village of Behmai where she was tied and gang-raped by the same high-caste outlaws. Adding salt to her wounds, the gang members also paraded her naked around the village. She later escaped and joined a rival gang only to come back later and kill 22 men from higher caste. She later turned into a female rights activist and a Member of Parliament. She was assassinated on July 25, 2001. 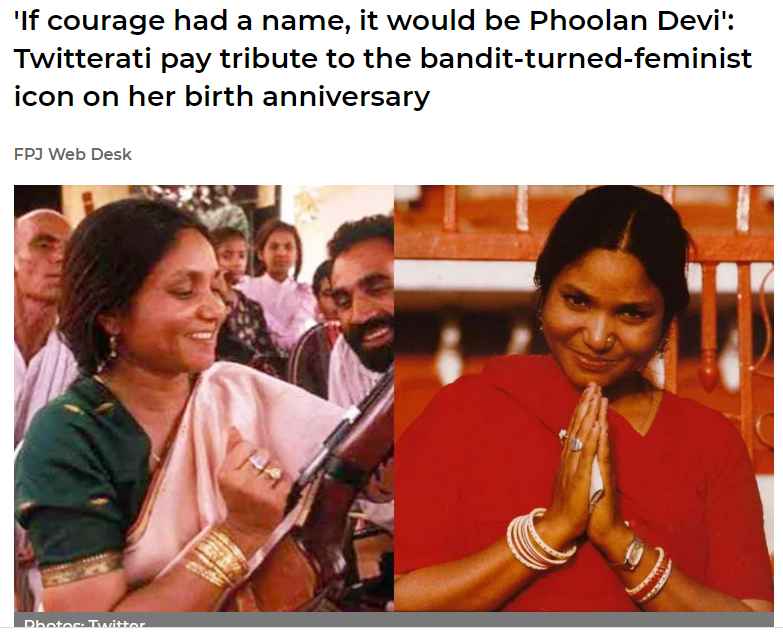 On comparing both the images, we found that the facial features in the viral image were different from the real photo of Phoolan Devi.

We independently checked both the images through Google Reverse Image Search. 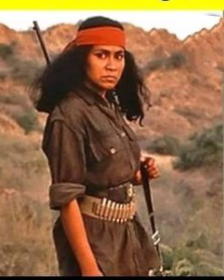 Fact: On doing a Google Reverse Image Search we found the same image was published by India Today on May 19, 2019, with the caption that read, “Seema Biswas as Phoolan Devi in Shekhar Kapur’s Bandit Queen.” 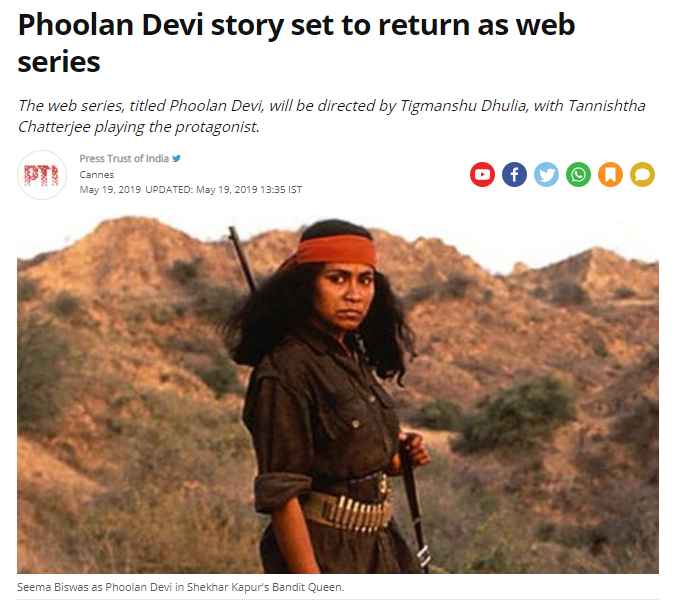 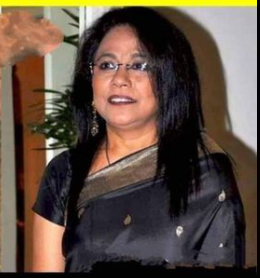 Fact: On doing a Google Reverse Image Search we found the same image was uploaded by Wikimedia with the caption mentioning that the lady in the image is Seema Biswas, an Indian Actress, who played the role of Phoolan Devi in Bandit Queen. 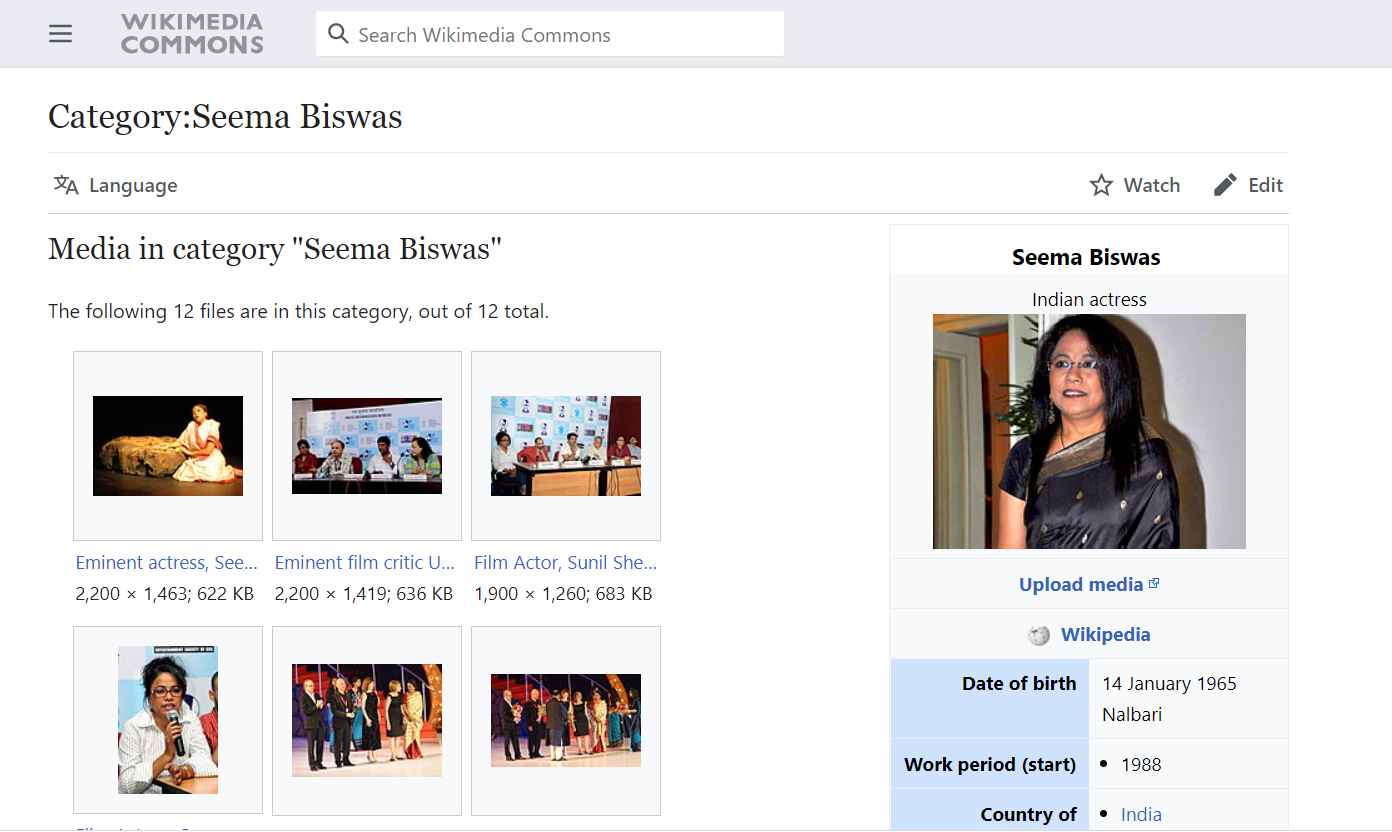 Hence, the viral image is of actress Seema Biswas who played the role of Phoolan Devi in the Bollywood movie, Bandit Queen. Thus, the viral claim is misleading.