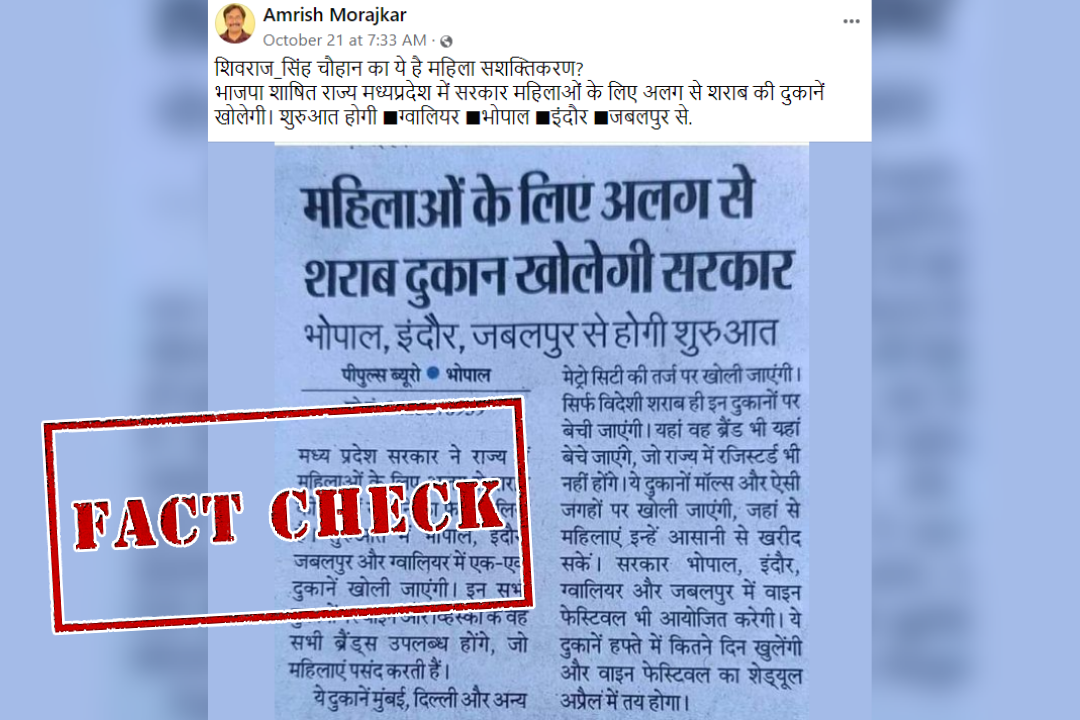 A newspaper clipping stating that Madhya Pradesh Government will open a separate liquor shop for women has gone viral on social media. It is being claimed that Shivraj Singh Chouhan-led BJP government has recently passed this resolution.

The image is being shared on Facebook with a caption in Hindi which can be roughly translated in English to, “This is women empowerment of Shivraj_Singh Chouhan? In the BJP ruled state of Madhya Pradesh, government will open separate liquor shops for women. It will start from Gwalior, Bhopal, Indore, Jabalpur.” 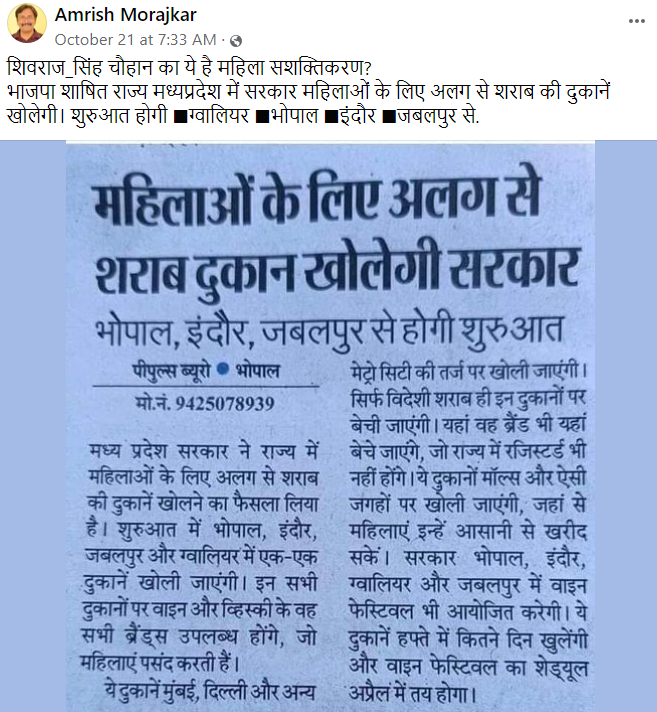 Upon searching with keywords, we came across the e-paper of “peoplessamachar” that carried the same news article on February 28, 2020. During this time, Congress was in power in Madhya Pradesh and Kamal Nath was the Chief Minister. Kamal Nath took oath in December 2018 and resigned in March 2020. 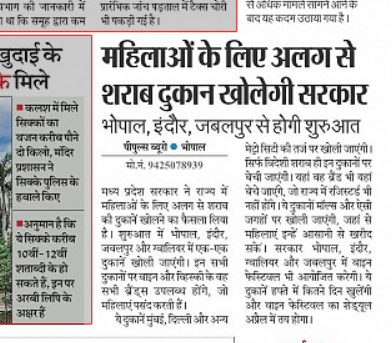 We then did a keyword search and found many articles published in February, March 2020 mentioned the same. According to one of the articles published on March 1, 2020, “Kamal Nath-led Madhya Pradesh government is set to introduce women-friendly liquor shops in some cities so that women can buy liquor without any inhibitions.” Check a similar news article here. 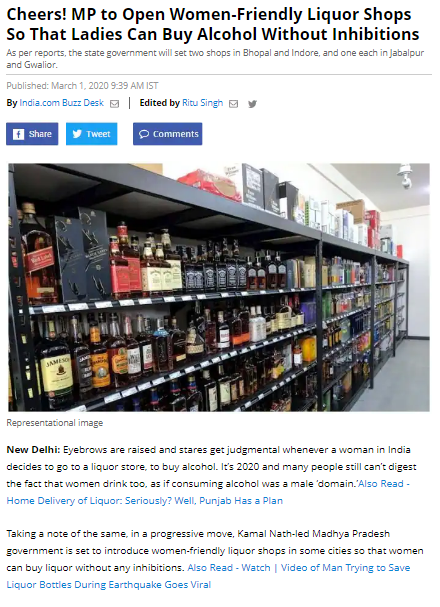 Searching further, we found a tweet dated February 28, 2020, by present Chief Minister Shivraj Singh Chouhan in which he expressed his disappointment by sharing this news.

We also did a keyword search but could not find any recent news report which  corroborated the viral claim.

Thus, it is evident from the above information that a clipping of an old news article is being shared with a misleading claim.