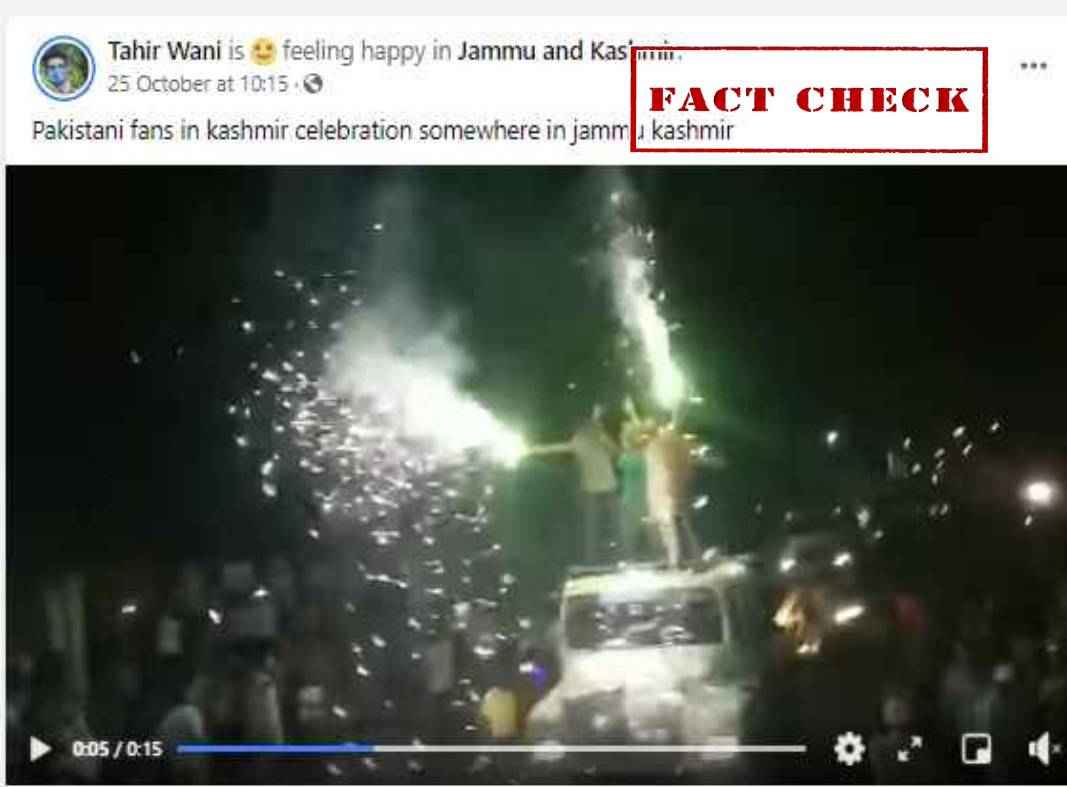 After Pakistan defeated India by 10 wickets in the recent T20 World Cup match that took place on October 24, 2021, a video started making rounds on social media with a claim that Pakistani fans in Kashmir celebrated Pakistan’s win. 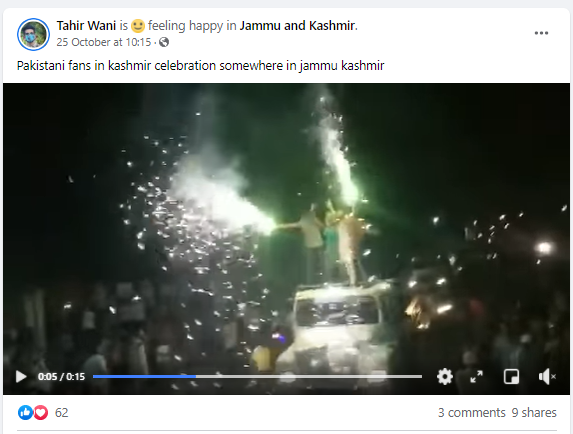 We searched with the keyword, ‘Kashmir celebrates Pakistan’s victory’ and found a report by Samaa TV posted on June 18, 2017, that said, “In occupied Kashmir, people burst firecrackers in Srinagar and other towns to express their joy on the victory of Pakistani team against India in ICC Champions Trophy.”

Taking a hint, we searched with the same keywords but restricted our search to 2017 and found a video published on a Facebook page Siasi Buzz on June 19, 2017.

In this video, we can see people bursting firecrackers. In the background, one can see the same flag as seen in the viral image. We also noticed that the same building was there in the background of both videos. Siasi Buzz had uploaded the video with a caption that reads, “Celebrations in Srinagar after Pakistan beat India in Champions Trophy Final.”

We also found that the image of men bursting crackers from their vehicle rooftops was published by Getty Images with the caption that read, “Kashmiri people celebrate after Pakistan’s win in the ICC Champions Trophy final cricket match against India Sunday, June 18, 2017, in the old city of Srinagar, Indian-administered Kashmir. Pakistan thrashed title-holders India by 180 runs to win the Champions Trophy final at The Oval in London on June 18, 2017. (Photo by Ahmer Khan/NurPhoto via Getty Images)”

We compared a screenshot of the viral video with the image published by Getty Images and found them to be similar. In both images, boys are seen bursting crackers from the rooftop of the vehicle. Moreover, one man can be seen wearing a green T-shirt and a text is seen written on the vehicle’s windshield. 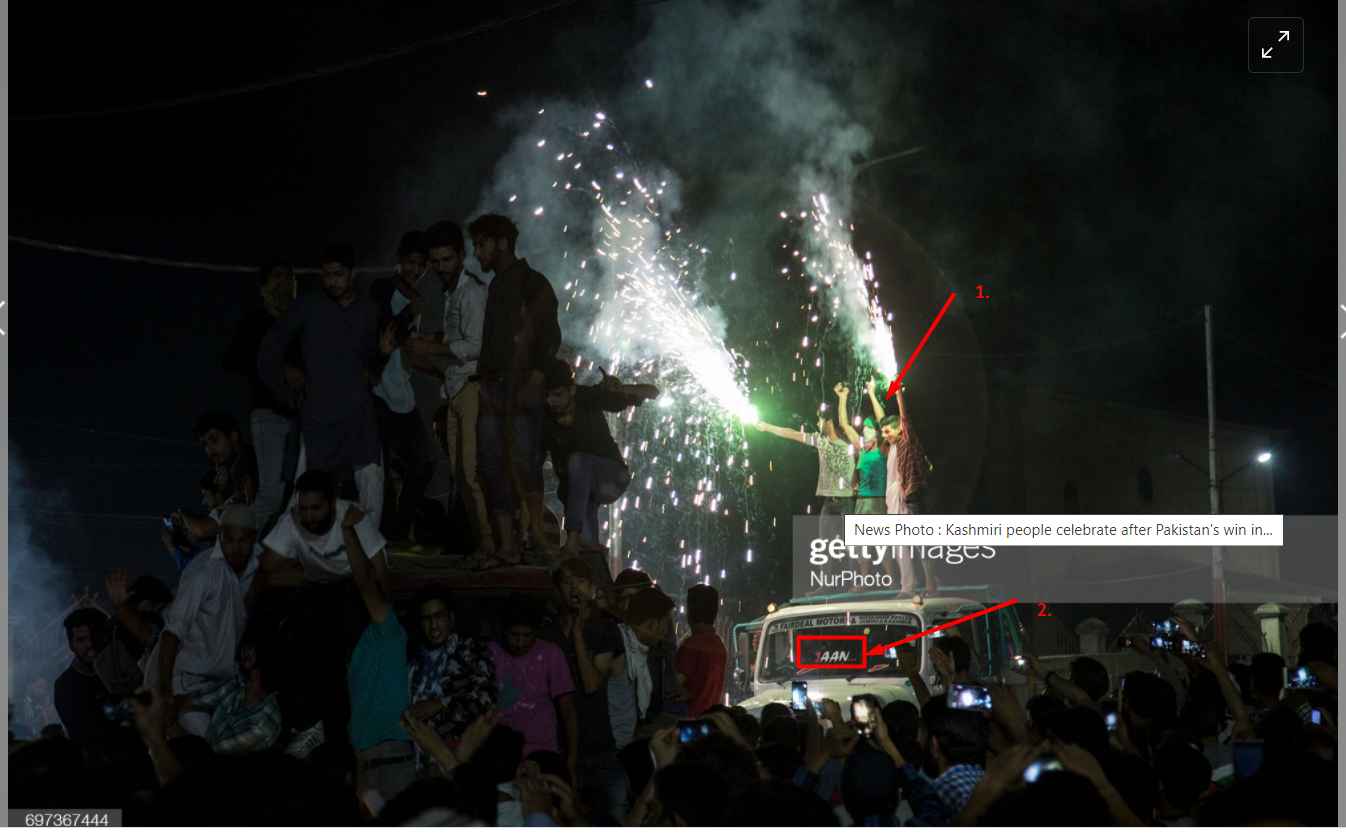 We also spoke to a Kashmiri reporter who confirmed that the viral video is old and not related to recent celebrations.

While there are reports of Kashmiri students being booked under UAPA for celebrating Pakistan’s win against India in the T20 cricket match, the viral video is old and not recent.

Thus, we can ascertain that an old video of Kashmiris celebrating victory of Pakistani team against India in the ICC Champions Trophy has gone viral as recent.