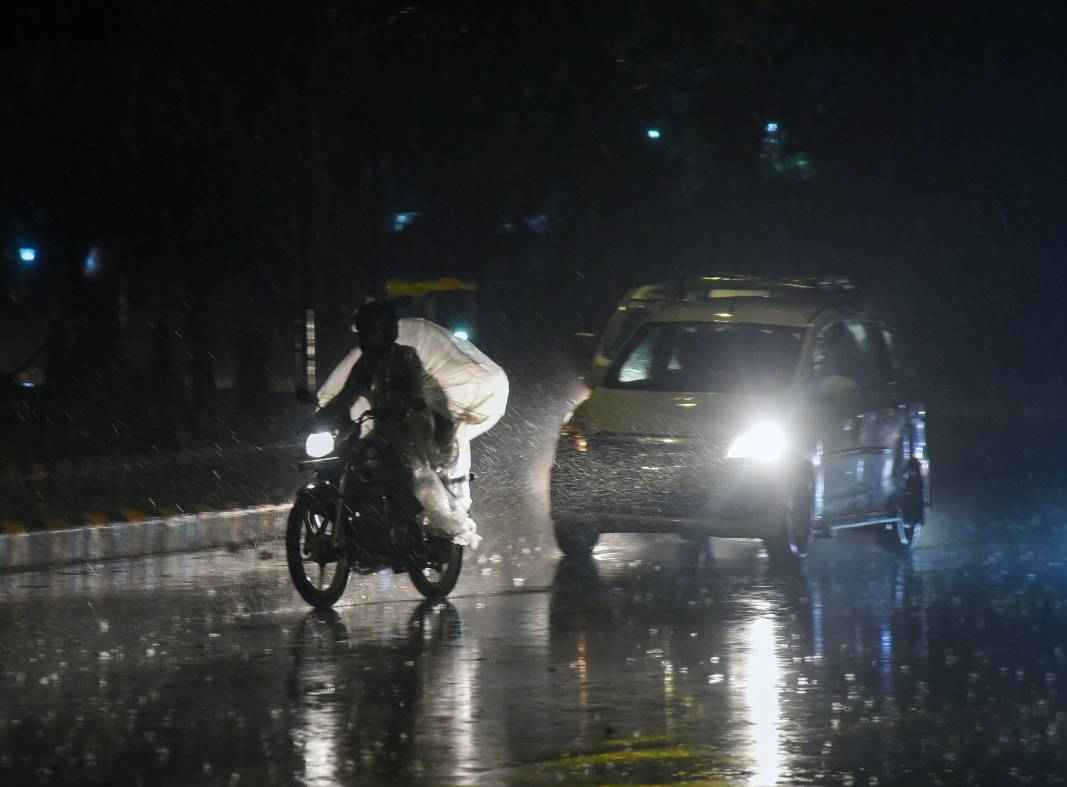 The India Meteorological Department (IMD) predicted moderate rain accompanied by thunderstorms for Tamil Nadu and Puducherry in the next two hours on Thursday.

IMD in a tweet today said, “Thunderstorm with moderate rain is likely to occur at one or two places over Thiruvallur, Chennai, Kanchipuram, Chengalpattu, Viluppuram, Cuddalore, Nagapattinam, Mayiladuthurai, Tiruvarur and Thanjavur district of Tamil Nadu, Karaikal and Puducherry within next two hours.” Earlier on Wednesday, sounding an alert for rainfall, India Meteorological Department (IMD) Director General of Chennai S Balachandran had said that moderate rainfall is expected over the entire Tamil Nadu and Puducherry from October 29-31.

Stating the reason behind the warning of moderate rainfall, he said that the low-pressure area which has formed in central parts of the South Bay of Bengal is expected to move towards the Tamil Nadu coast in the next two to three days.