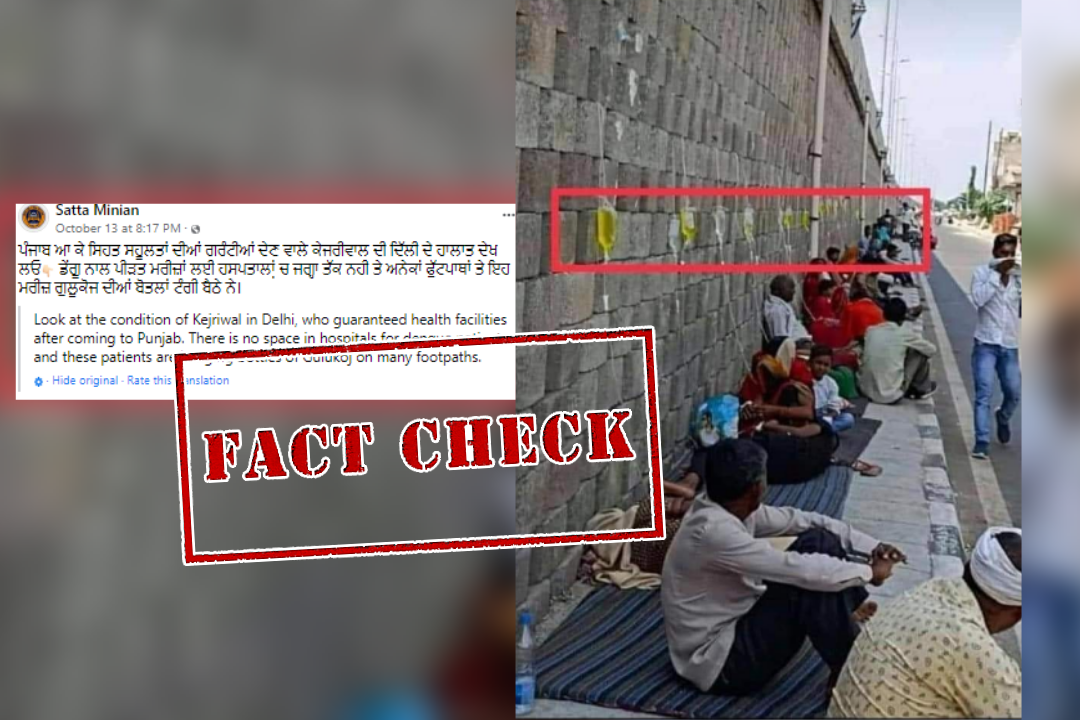 An image in which some patients can be seen sitting on footpath with saline bottles hanging on the wall has gone viral on social media. Social media posts are targeting Arvind Kejriwal led Delhi Government claiming that it shows the state of affairs of Delhi’s health infrastructure where dengue patients are being treated on the sidewalk.

The image is being shared on Facebook with a caption in Punjabi that can be roughly translated in English to: “Look at the condition of Kejriwal in Delhi, who guaranteed health facilities after coming to Punjab. There is no space in hospitals for dengue patients and these patients are hanging bottles of Gulukoj on many footpaths.” 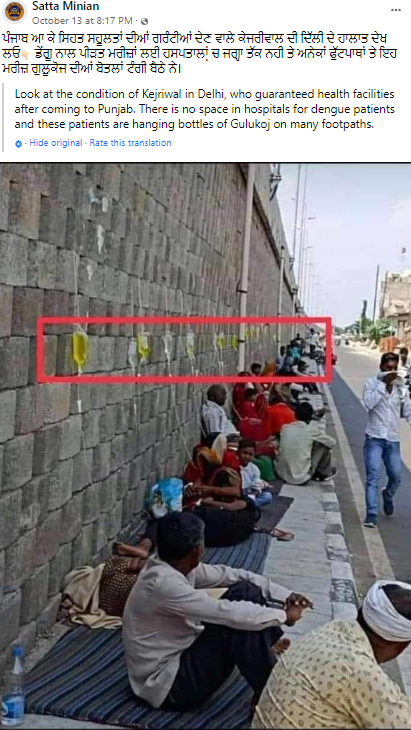 Doing a simple Reverse Image Search directed us to a news article published on October 6, 2021, that carried the same viral image. According to the article, “There was a registration of the clinic of Dr Ashwani Gupta, a BAMS degree holder running a hospital without a name in Kathphori. The doctor, who treated the patients with allopathy, opened the hospital under the guise of a clinic. In the havoc of fever and dengue, beds were increased to 20. After the beds were full, patients were made to sit on the sides on the flyover in front of the hospital.” 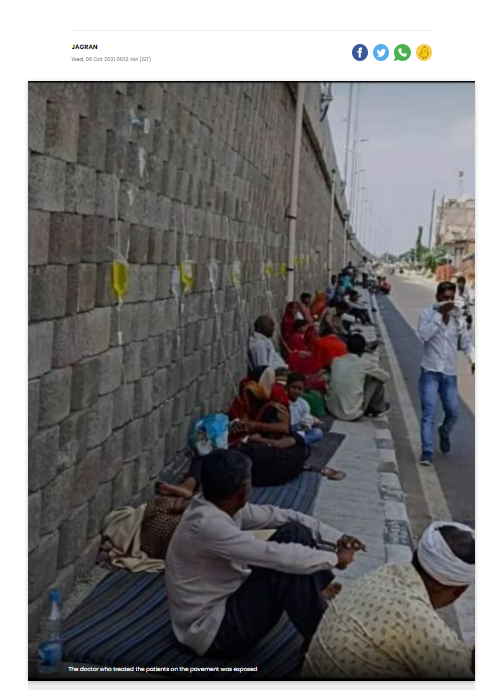 The image was also published in another article dated October 5, 2021, with the headline, “Fever patients in Firozabad forced to get treatment on the divider!” 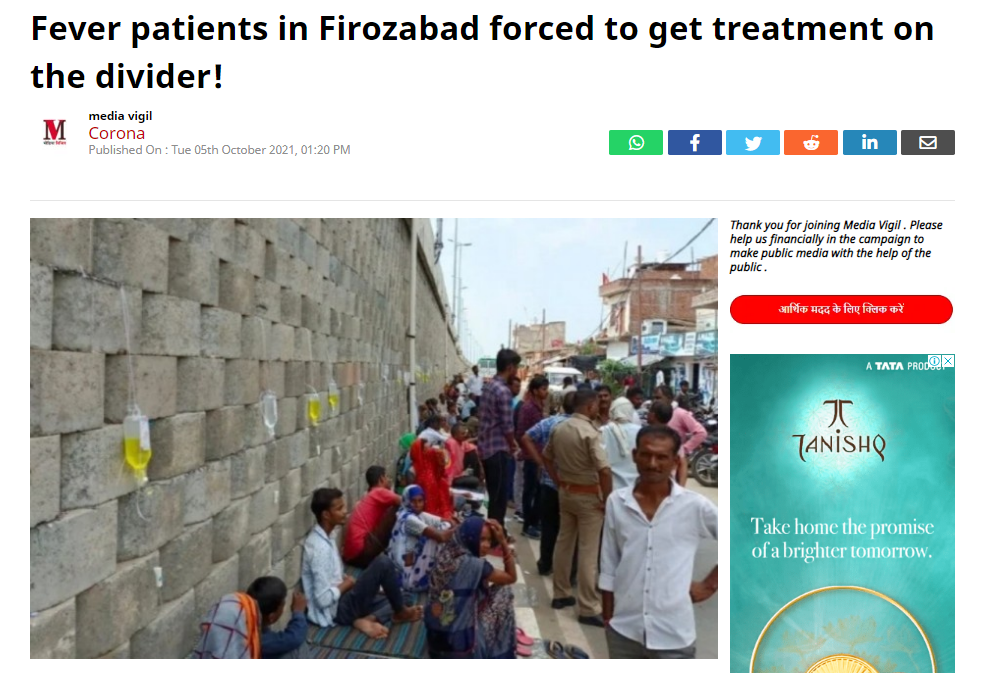 Searching further, we found the same image uploaded in another article published on October 5, 2021. Here also it is mentioned that “Patients coming to an unnamed hospital in Sirsaganj, Firozabad were being treated on the divider, the health department got it sealed.” Check a similar news report and tweet here and here. 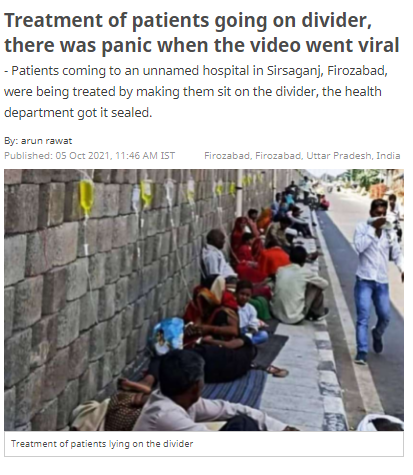 Thus, it is evident from the above information that an image from Uttar Pradesh is being falsely shared as dengue patients being treated on a footpath in Delhi.