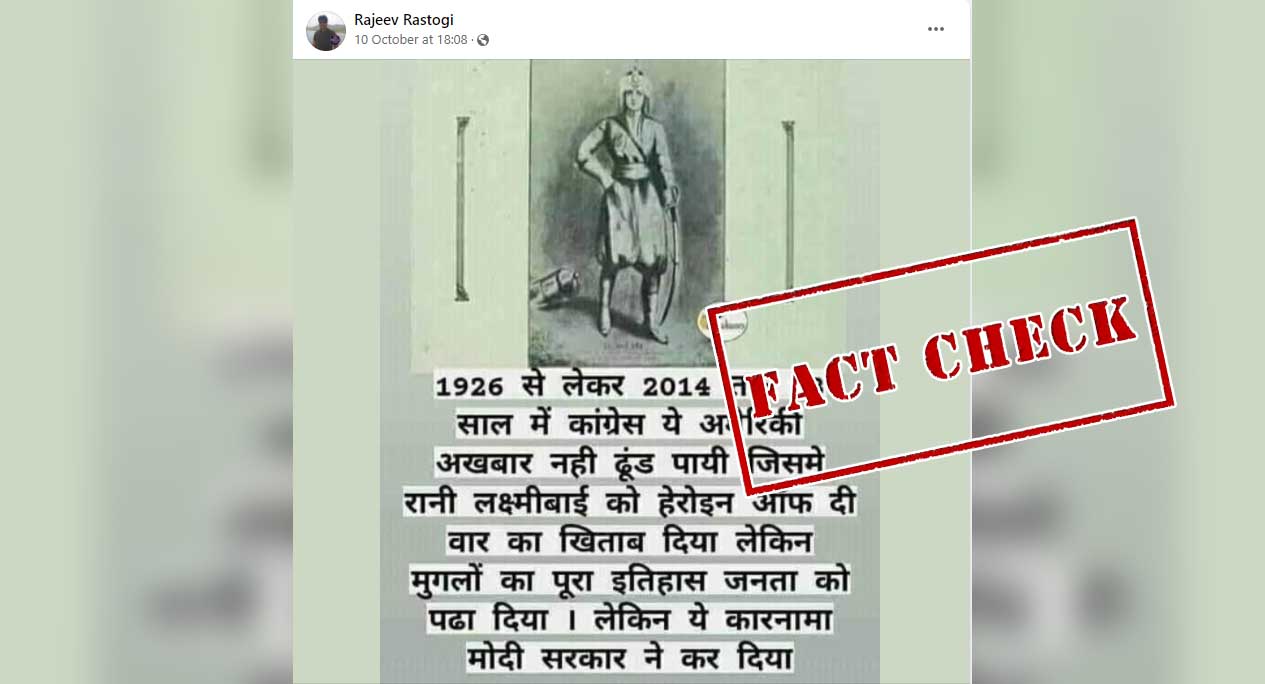 A picture of a clipping about Rani Lakshmi Bai by ‘The United States of India’ journal is being shared on social media with a claim that when the Congress was in power, they failed to retrieve the copy of this particular edition. The post also claimed that the said feat was achieved by the Modi government.

(English Translation: In 88 years from 1926 to 2014, Congress could not find this American newspaper in which honoured Rani Laxmibai with the title of “Heroine of the War”, but taught us the entire history of the Mughals. But this feat was done by the Modi government.) 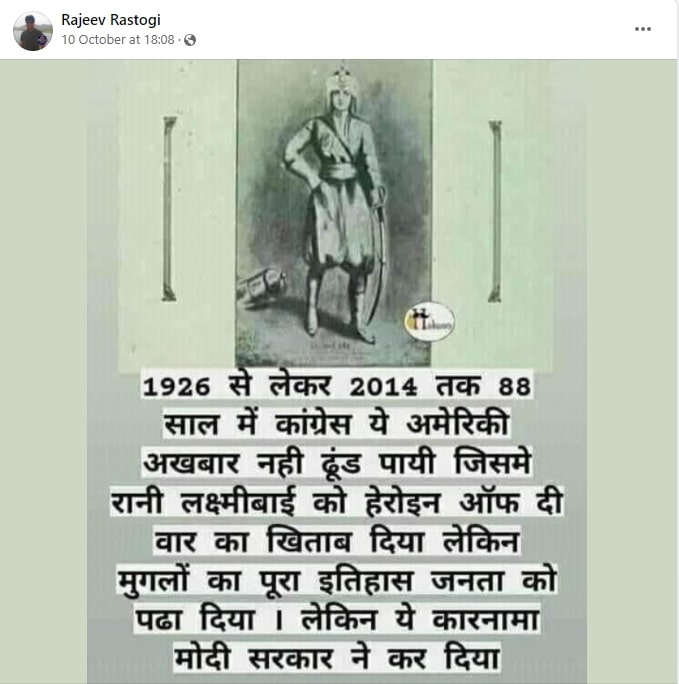 Here’s the link to the above post. More posts can be seen here, here and here.

A simple Reverse Image Search on the picture led us to the website of
‘South Asian American Digital Archive‘ where this edition was archived along with several other clippings about India. 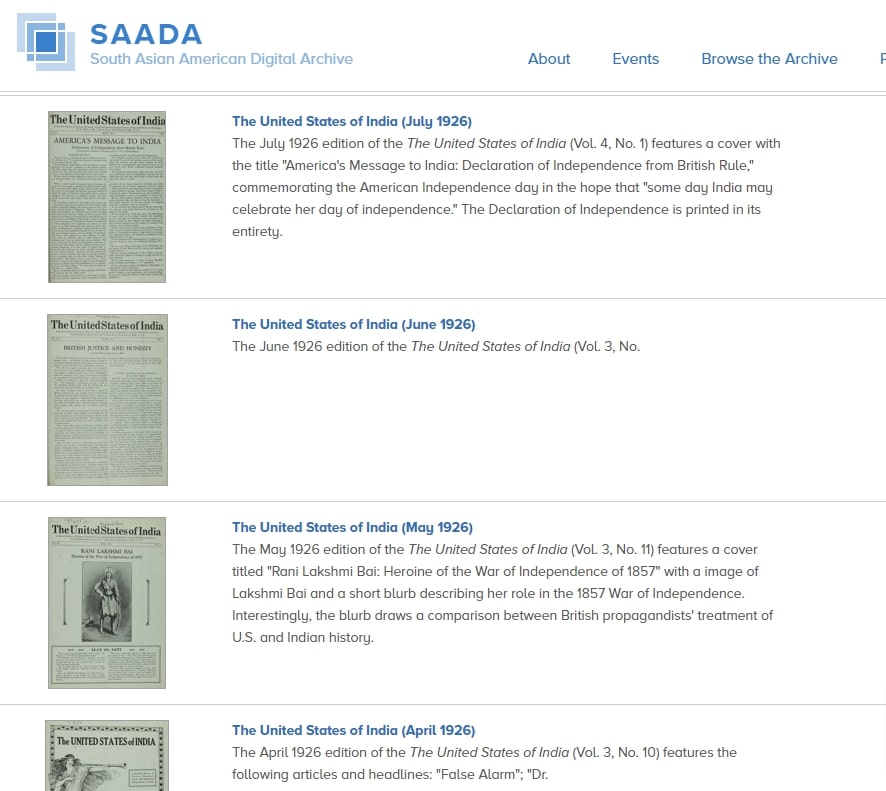 The description on the website read: The May 1926 edition of The United States of India (Vol. 3, No. 11) features a cover titled “Rani Lakshmi Bai: Heroine of the War of Independence of 1857” with a image of Lakshmi Bai and a short blurb describing her role in the 1857 War of Independence. Interestingly, the blurb draws a comparison between British propagandists’ treatment of U.S. and Indian history. The issue includes the following articles and headlines: “Samples of British ‘Justice'” by an English Lord; “India of Today” by Kartar Singh; “Mahatma Gandhi on Christian Missionaries.” The issue includes a short obituary for Udham Singh, a member of the Ghadar Party, and closes under the headline “India’s Price for Liberty” with an image of Babar Akali Martyrs (captioned in Punjabi). 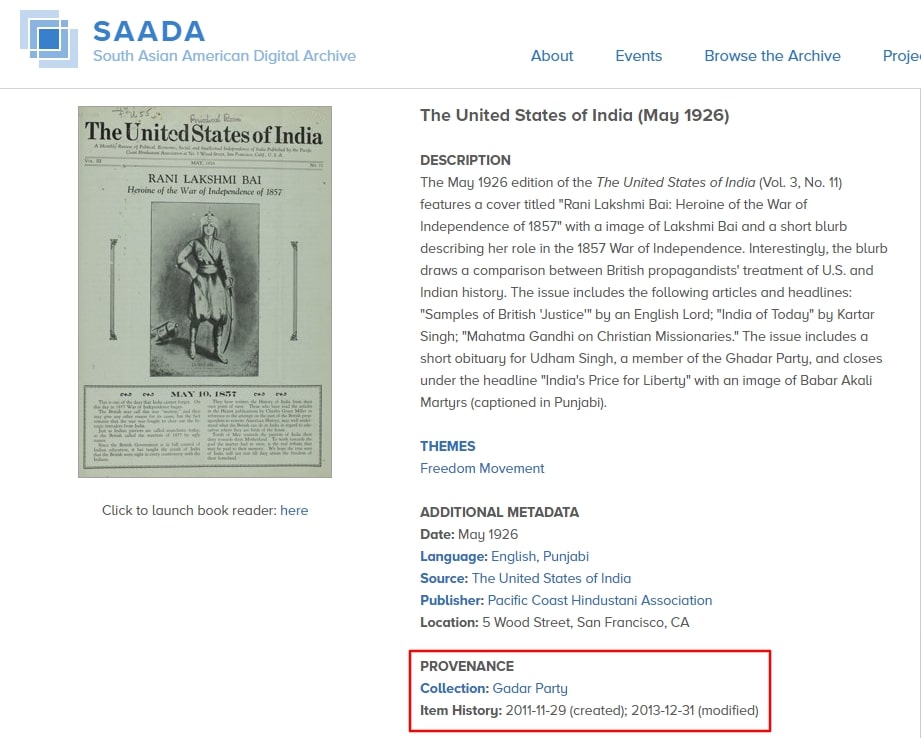 We checked and found that the clipping was digitally archived on November 29, 2011, and was last modified on December 31, 2013. It should be noted that the archive was modified when Congress was still in power and the BJP-led NDA formed the government in 2014.

Moreover, ‘The Revolt of 1857’ and ‘Rani Lakshmi Bai’ has always been a part of the school syllabus in India. The chapters about the same from NCERT books can be seen here. 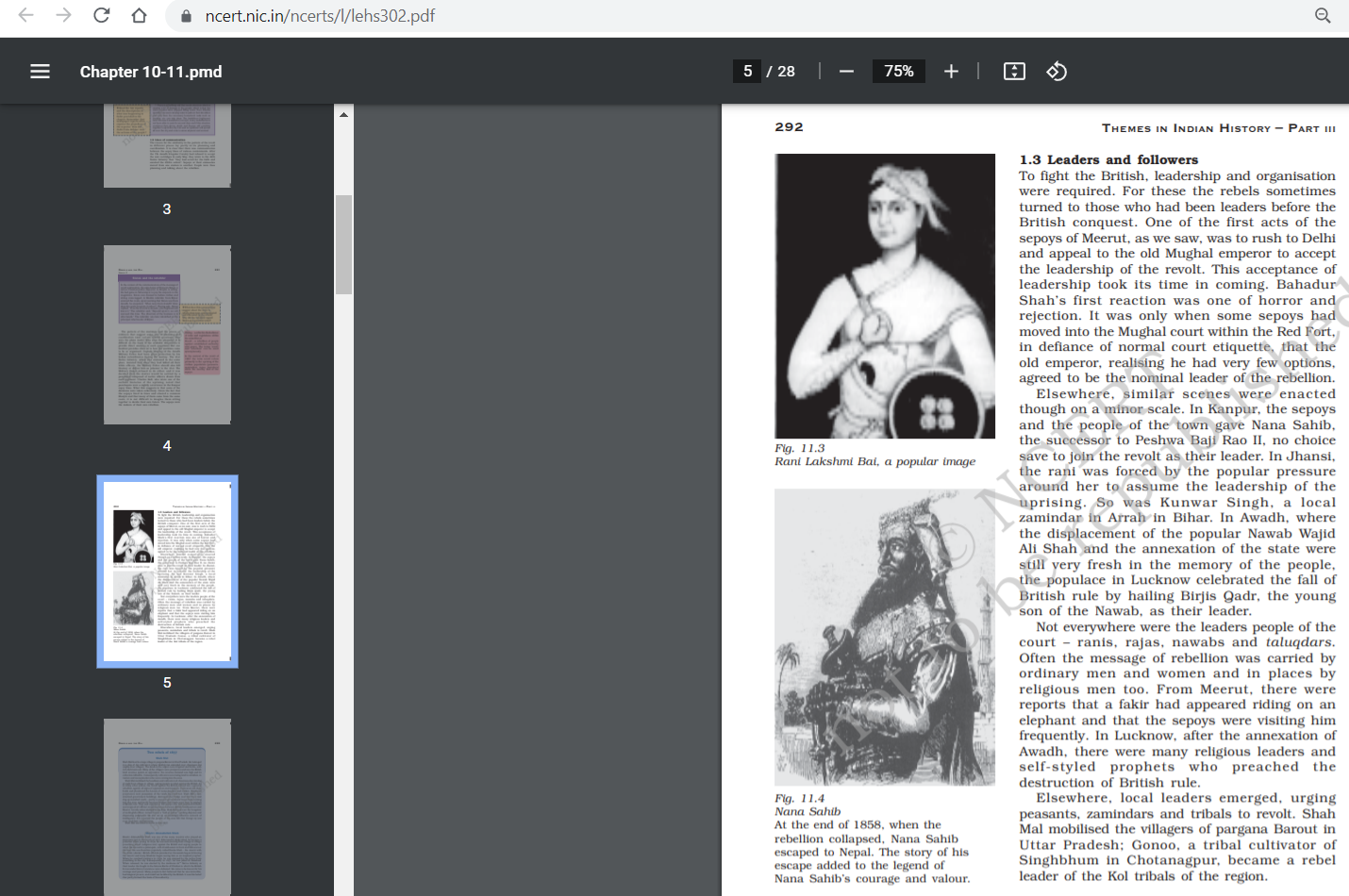 Thus, it is clear that the claim attached to the viral image is false and misleading.