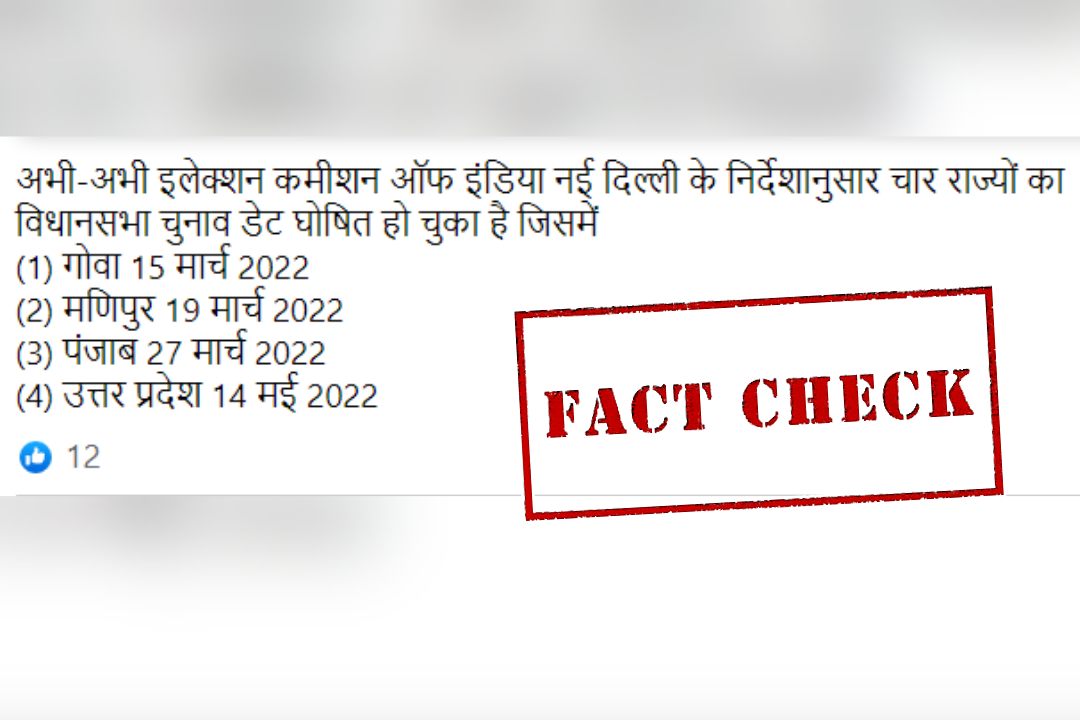 The post is being shared on Facebook with a caption in Hindi that can be roughly translated in English to, “As per the instructions of the Election Commission of India, New Delhi, the assembly election dates of four states have been declared in which (1) Goa 15 March 2022 (2) Manipur 19 March 2022 (3) Punjab 27 March 2022 (4) Uttar Pradesh 14 May 2022.”

Another post claiming that the “Election Commission has declared elections in five states, elections will be held in Uttarakhand on 23 March” is also going viral on social media.

Starting with our investigation, we searched the web but could not find any recent credible media report corroborating the viral claim. Had ECI announced the election dates of these five states, it would have been covered by the mainstream media. 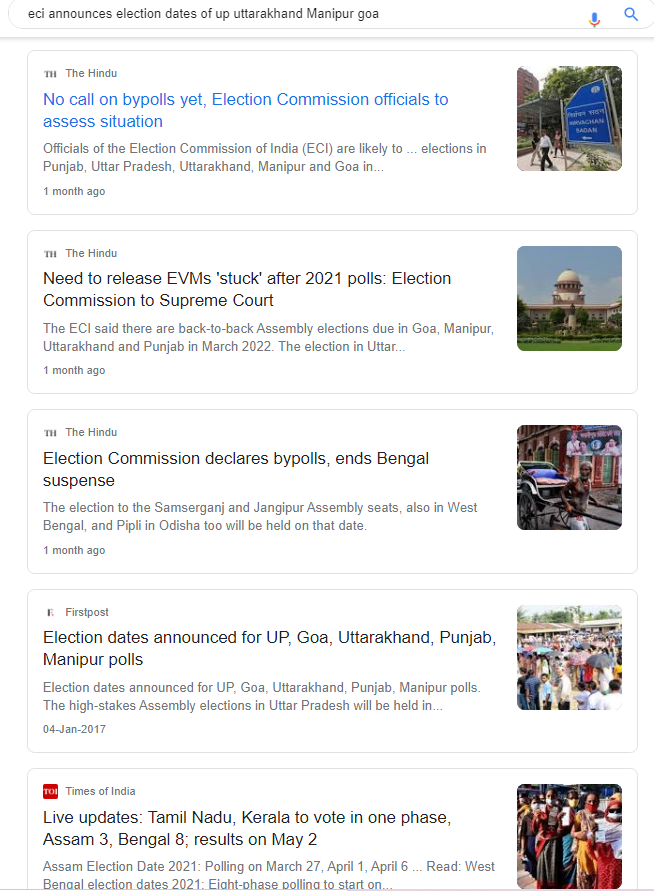 We further checked the press releases available on the official website of ECI but could not find any such notification declaring the election dates of these five states. The last press release dated October 21, 2021, (at the time of filing this article), was regarding the implementation of the Model Code of Conduct (MCC) during bye-election in the a particular district. 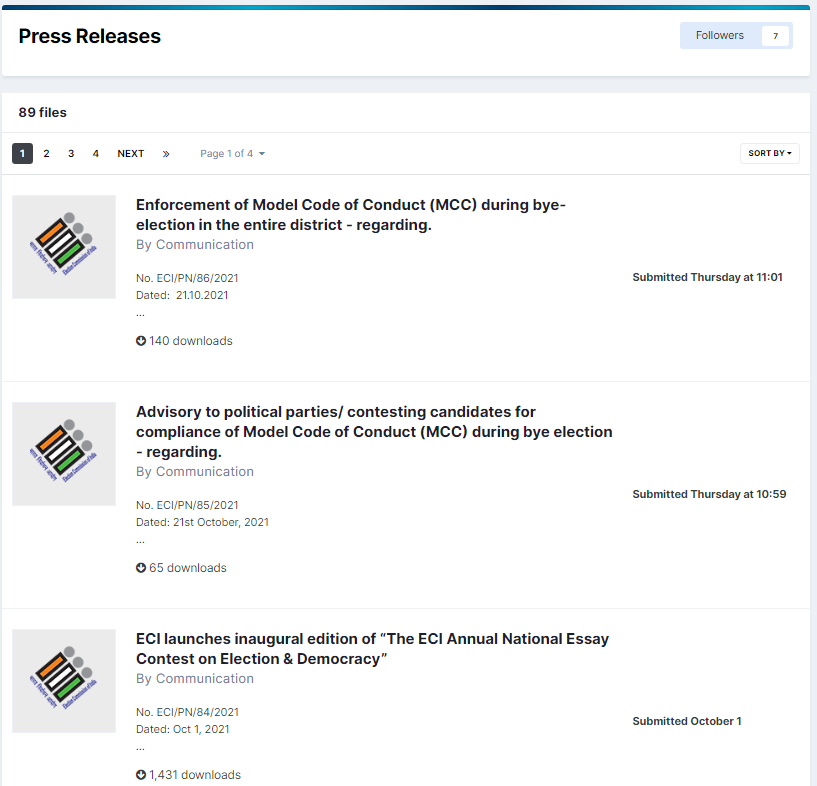 We also scanned social media handles of ECI but could not find any such notification.

We found the same dates are visible on the ‘Future Elections’ section available on the ECI website. These dates show the dissolution of Assembly in the respective states and not  Assembly Election dates.

Thus, it is evident from the above information that the viral post claiming that ECI has announced election dates for Uttar Pradesh, Uttarakhand, Manipur, Punjab and Goa is fake.