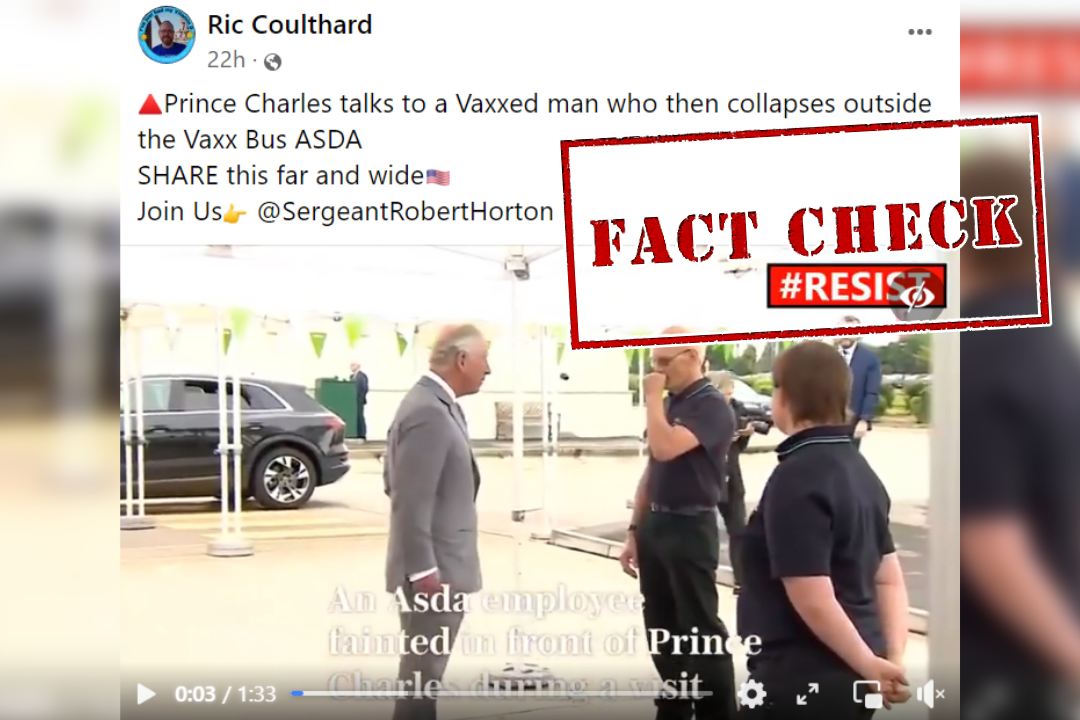 The video is being shared on Facebook with a caption that reads, “Prince Charles talks to a Vaxxed man who then collapses outside the Vaxx Bus ASDA. SHARE this far and wide.” 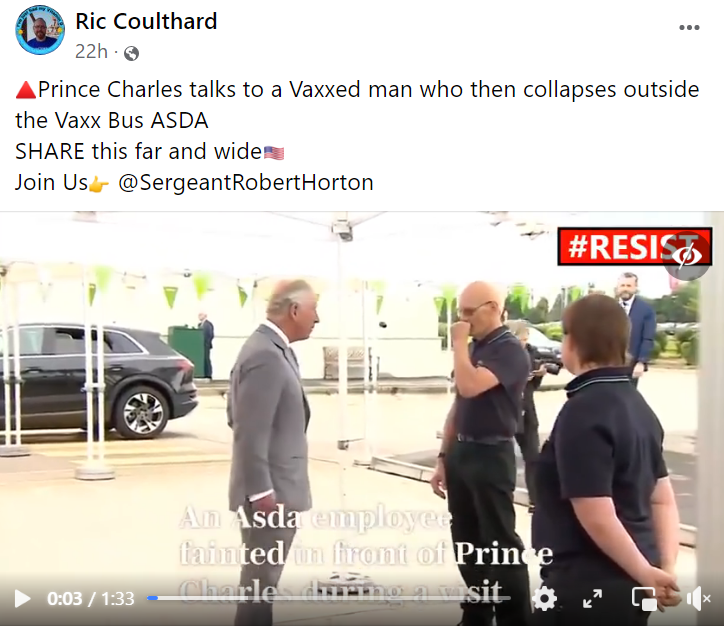 We extracted keyframes from the video through InVid Tool and performed a Reverse Image Search. This search directed us to a YouTube video uploaded on July 10, 2020, which  featured the same viral video. The video description reads, “An Asda employee was filmed fainting in front of Prince Charles during a visit to a supermarket distribution centre. The man received medical attention and was feeling well enough to continue the conversation with the Royal later on.”

We found another video news report uploaded on July 10, 2020, that featured the viral video with the description, “A supermarket employee fainted in front of the UK’s Prince Charles during his visit to an Asda distribution centre on Thursday, July 9.” Check a similar news article here.

Searching further, we found that the vaccine rollout in the United Kingdom began in December 2020; months after the video was recorded. According to the press release published by the UK Government , the first Oxford University/AstraZeneca coronavirus vaccine was administered on January 4, 2021. 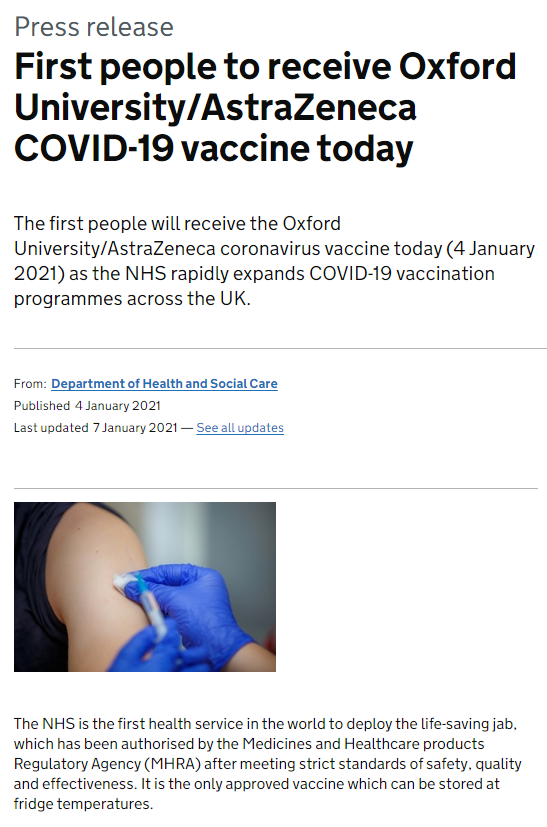 Thus, it is evident from the above information that an old video of a man collapsing in front of Prince Charles is being shared with false claims. Therefore, the viral claim is misleading.