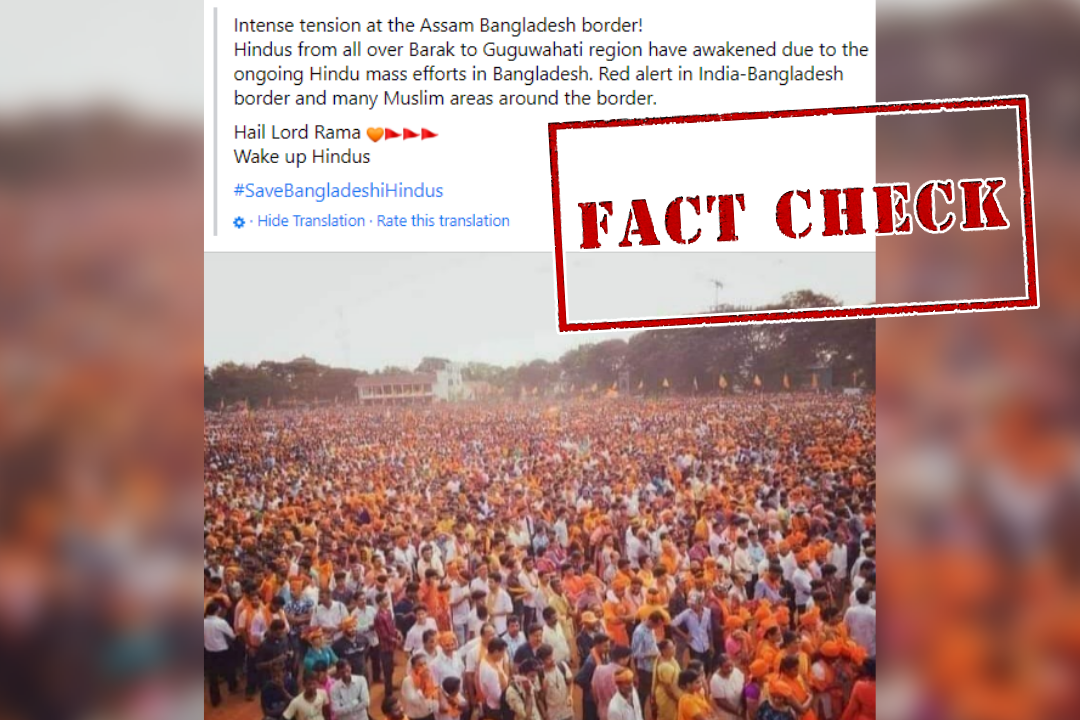 Recently, many people gathered in Assam’s Barak Valley to protest against the communal violence which rocked Durga Puja celebrations in Bangladesh. In this backdrop, an image of a huge crowd in an open ground has gone viral on social media. It is being claimed that Hindus from Barak Valley have assembled at the Bangladesh border, condemning the violence.

The image is being shared on Facebook with a caption in Bengali that can be roughly translated in English to, “Intense tension at the Assam Bangladesh border! Hindus from all over Barak to the Guguwahati region have awakened due to the ongoing Hindu mass efforts in Bangladesh. Red alert in India-Bangladesh border and many Muslim areas around the border. Hail Lord Rama. Wake up Hindus.” 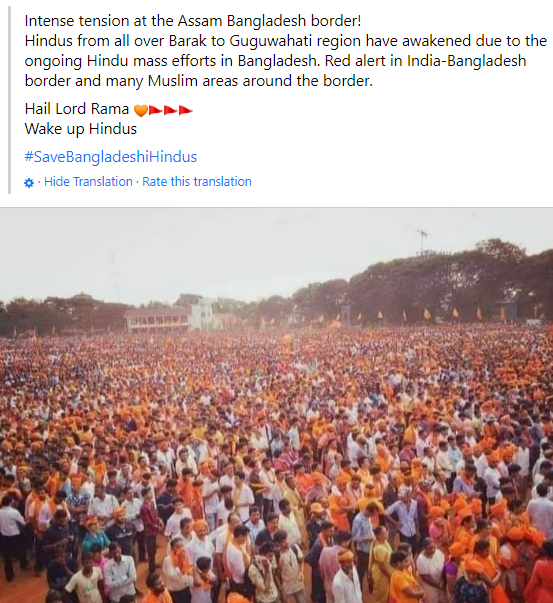 Doing a simple Reverse Image Search directed us to several tweets uploaded by social media users in 2019 carrying the same viral image. One of the tweets read, “Amazing crowd in Mangaluru. This mega rally of Modi Ji is attended by more than 6 Lakh people. The landslide victory of all BJP candidates in coastal Karnataka is guaranteed.” Check similar tweets here and here.

This mega rally of Modi ji is attended by more than 6 Lakh people. Landslide victory of all BJP candidates in coastal Karnataka is guaranteed.#ModiInMangaluru pic.twitter.com/kG833ZnKpB

Taking a cue from this, we ran a search and found several news reports published in 2019 that carried visuals similar to the viral image stating that “PM Narendra Modi addressed an election rally in Mangaluru on April 13 at Nehru Maidan.”

We also found a video news report uploaded on April 13, 2019, that featured visuals similar to the viral image. The description of the video reads, “PM Narendra Modi addressing a public rally in Mangalore, Karnataka.”

Since we could not find the viral image published in any media report, we tried to geolocate its location. Looking closely at one of the rally videos uploaded by a social media user in 2019, one can notice the same two-storey building and orange flags visible in the viral image. 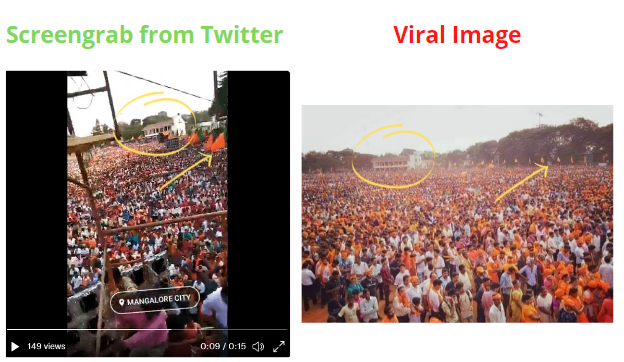 We then searched the street view of Nehru Maidan on Google Maps and found multiple similarities between the viral image and the image of the street view.

Thus, it can be concluded from the above information that an old image of a political rally in Karnataka is being shared with misleading claims.