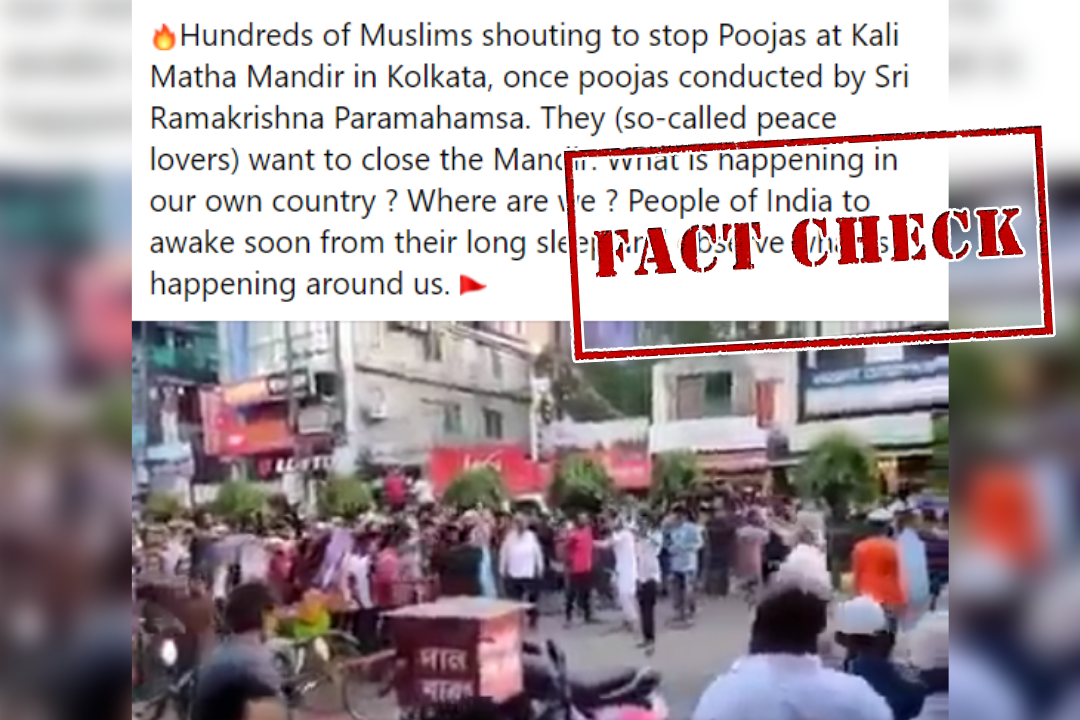 A video in which two groups can be seen clashing against each other has gone viral on social media with a claim that it shows Muslims protesting against puja at ‘Kali Matha Mandir’ in Kolkata, West Bengal.

The video is being shared on Facebook with a caption that reads, “Hundreds of Muslims shouting to stop Poojas at Kali Matha Mandir in Kolkata, once poojas conducted by Sri Ramakrishna Paramahamsa. They (so-called peace lovers) want to close the Mandir. What is happening in our own country? Where are we? People of India to awake soon from their long sleep and observe what is happening around us.” 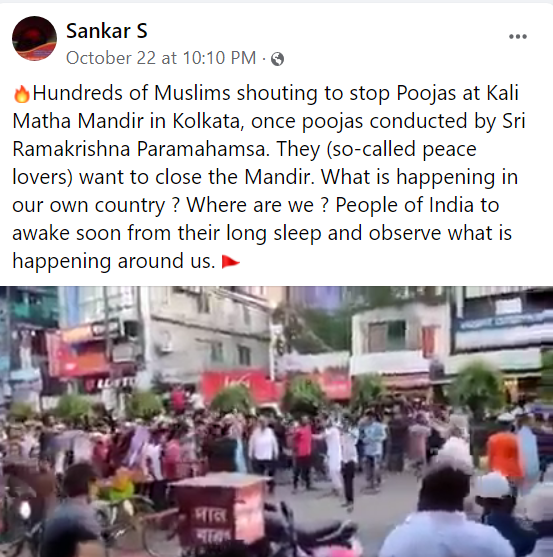 Starting with our investigation, we extracted keyframes from the video and performed a Reverse Image Search. This search led us to a YouTube video uploaded on October 16, 2021, that featured a similar video. The video description can be translated in English to, “After prayers in Feni, there was a hard fight between Muslims and Hindus and see what the police did.”

Taking a cue from this, we did a keyword search and found another similar video uploaded on YouTube on October 16, 2021, that stated, “The radicalis have attacked the Joy Kali temple and the Ramakrishna temple in Feni district.”

In the viral video, we noticed the store name “Lotto” at 58 seconds. Taking a cue from this, we searched on Google Maps and found that there are three outlets of Lotto in Feni, out of which two stores have a mosque nearby.

We could also find a news article published on October 17, 2021, which reported the same incident stating: “As part of their scheduled programme, the leaders and activists of the Parishad thronged in front of Joykali temple on Dhaka-Chattogram highway. Some youths standing in front of the Boro Mosque, hurled brick chips targeting the Hindu devotees, leading to a chase-and counter-chase.”

Thus, it is evident from the above information that a video from Bangladesh is being falsely shared as Muslims protesting against puja at Kali Mandir in Kolkata.