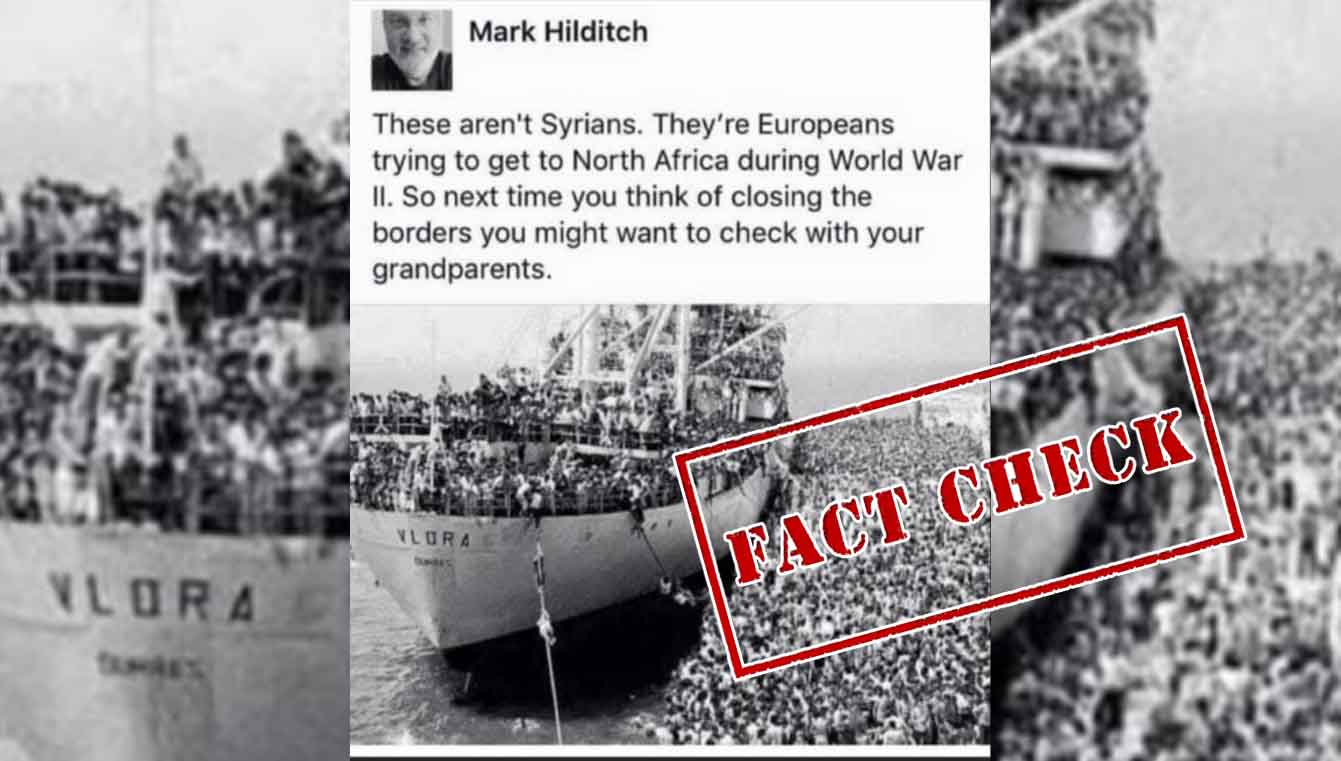 A post is doing rounds on social media showing a massive crowd onboard a ship at a port. The post claims that the picture is of ‘Europeans trying to get to North Africa during World War II’.

The post is being shared with the caption, “These aren’t Syrians. They’re Europeans trying to get to North Africa during World War II. So next time you think about closing the borders you might want to check with your grandparents.” 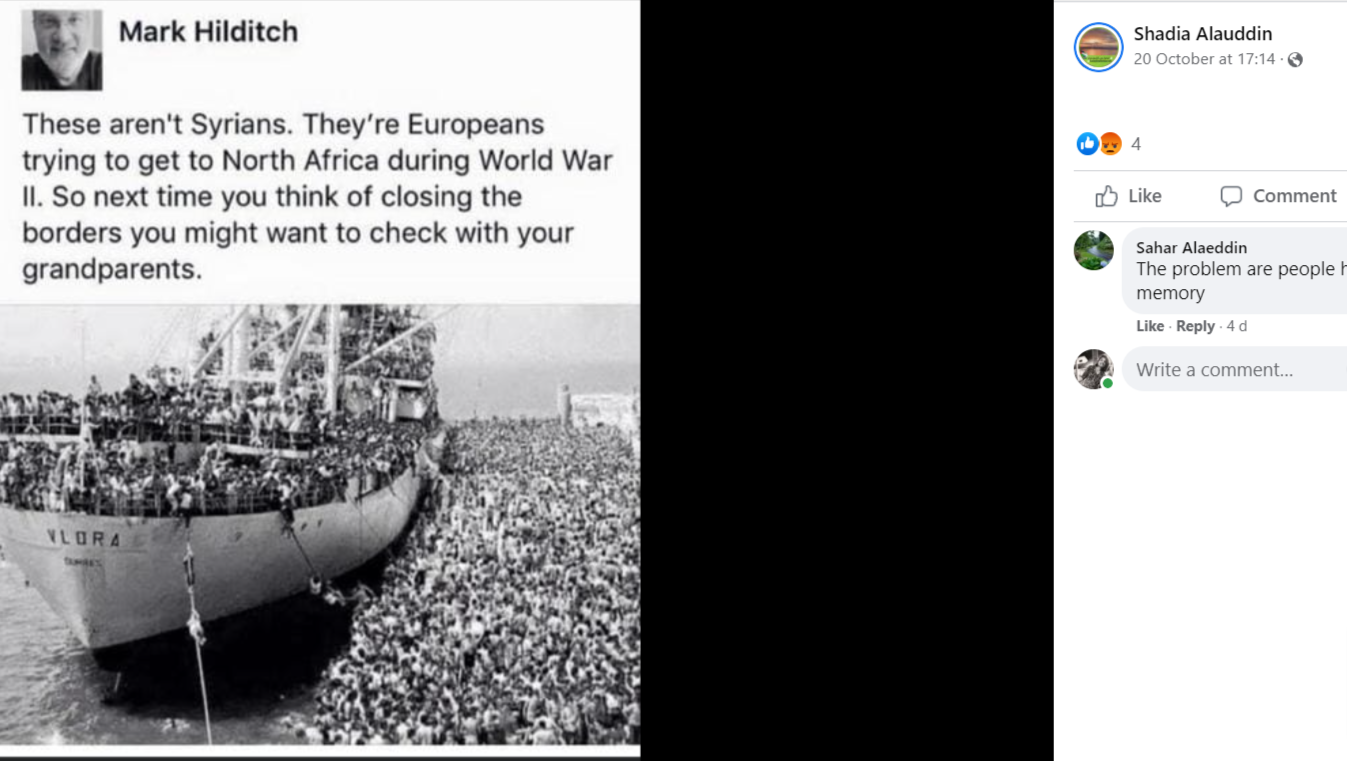 We noticed “Vlora” written on the bow of the ship. Taking a cue from this, we ran a keyword search along with a Reverse Image Search and found a similar coloured picture on a website called Rare Historical Photos under ‘Albanian refugees arriving in Italy, 1991’.

We found that the pictures are of Vlora, a cargo ship built in 1960. The pictures were taken when it reached the Italian port of Bari on August 8, 1991, carrying tens of thousands of Albanian refugees. 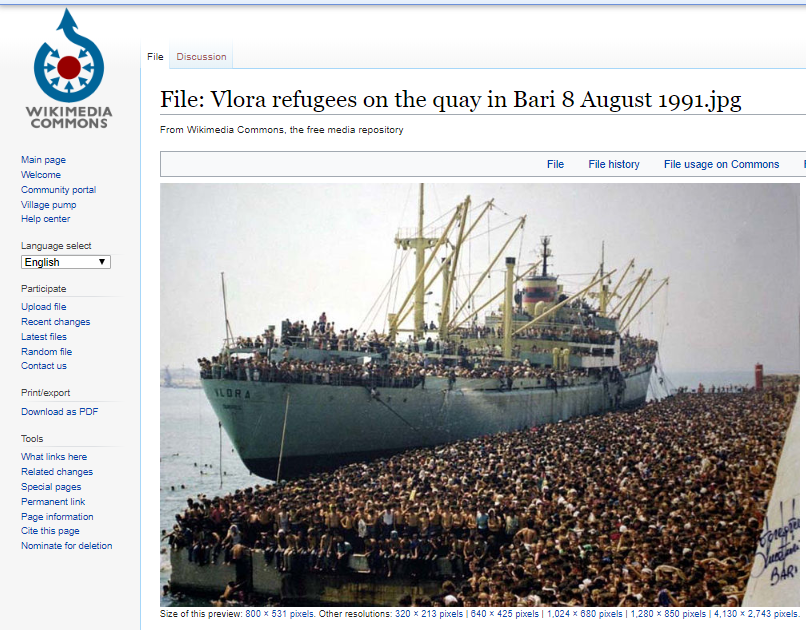 We found that due to the fall of Communism in Albania in the early 1990s, the country suffered a major economic collapse. According to some websites, ‘eager to escape the country, people boarded the Vlora (which was returning from Cuba with loads of sugar) in the hope of heading to Italy. The Vlora arrived in Bari on August 8, 1991, after the captain advised against docking in Brindisi’. You can read more about the same in a detailed article on Migrants At Sea.

NewsMobile debunked a similar post in 2019 when the same image was being shared ‘pictures of Syrian refugees’.

Are these the pictures of Syrian refugees? Here’s the truth

The above information proves that the pictures are of Albanian refugees, taken in 1991 and hence the post is false.