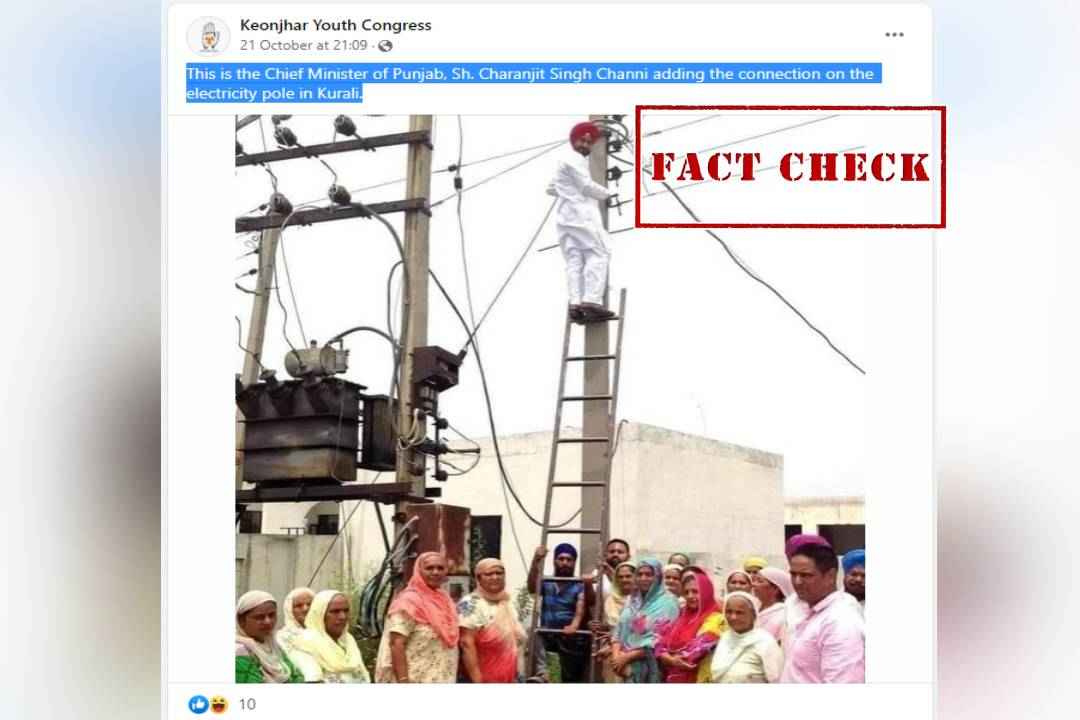 An image has gone viral on social media in which Punjab Chief Minister Charanjit Singh Channi can be seen climbing an electric pole. The image is being shared with a caption that in spite of being the CM, he went to restore electric supply himself in Kurali, Ropar.

The image is being shared with a caption that reads, “This is the Chief Minister of Punjab, Sh. Charanjit Singh Channi adding the connection on the electricity pole in Kurali.” 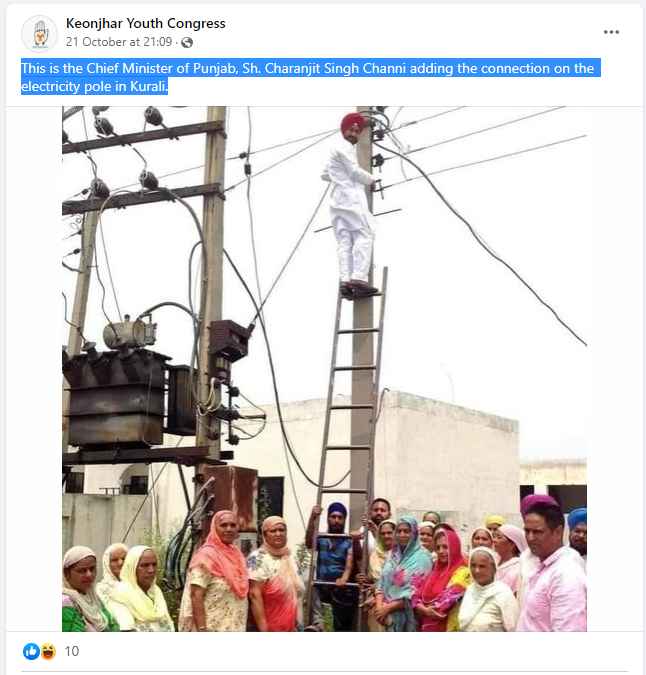 On doing a Google Reverse Image Search, we found that the same image was published by The Tribune on July 27, 2016. The caption associated with the image read, “CLP leader Charanjit Singh Channi climbs an electricity pole at a village in Chamkaur Sahib on Tuesday.” According to the report, Channi had climbed an electricity pole and restored power supply to water works of Sihon Majra village.

The report was also covered by The Times Of India and Hindustan Times in 2016. 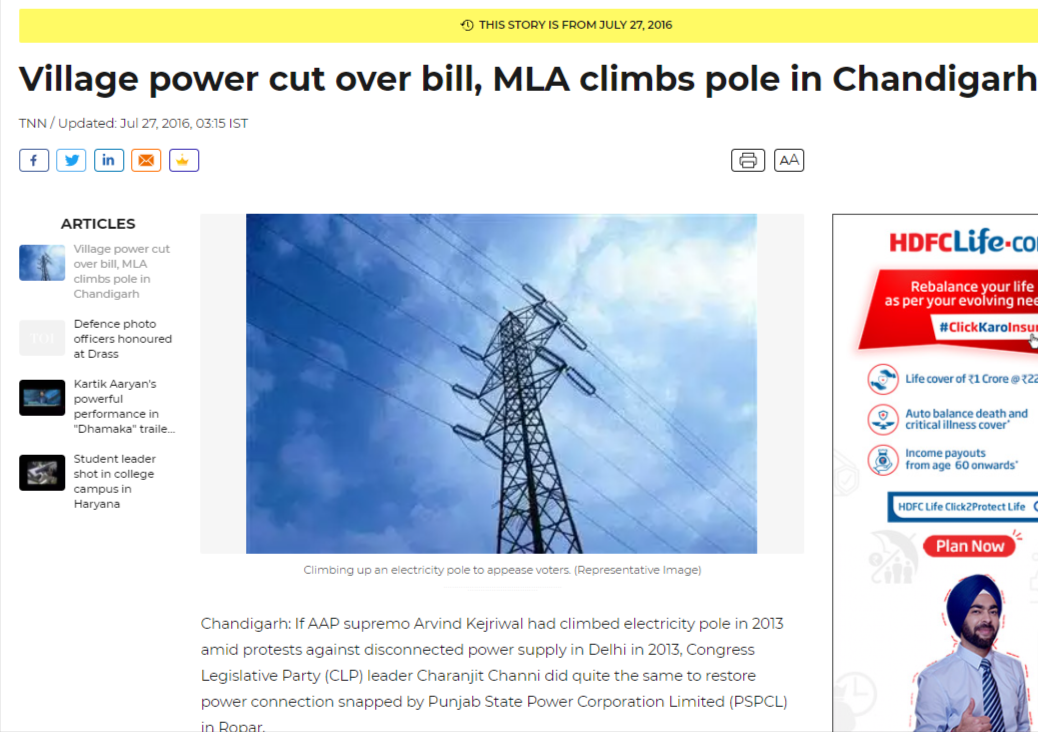 Channi became Punjab Chief Minister on September 19, 2021, and since the image is of 2016, it is clear that the claim is misleading and false.