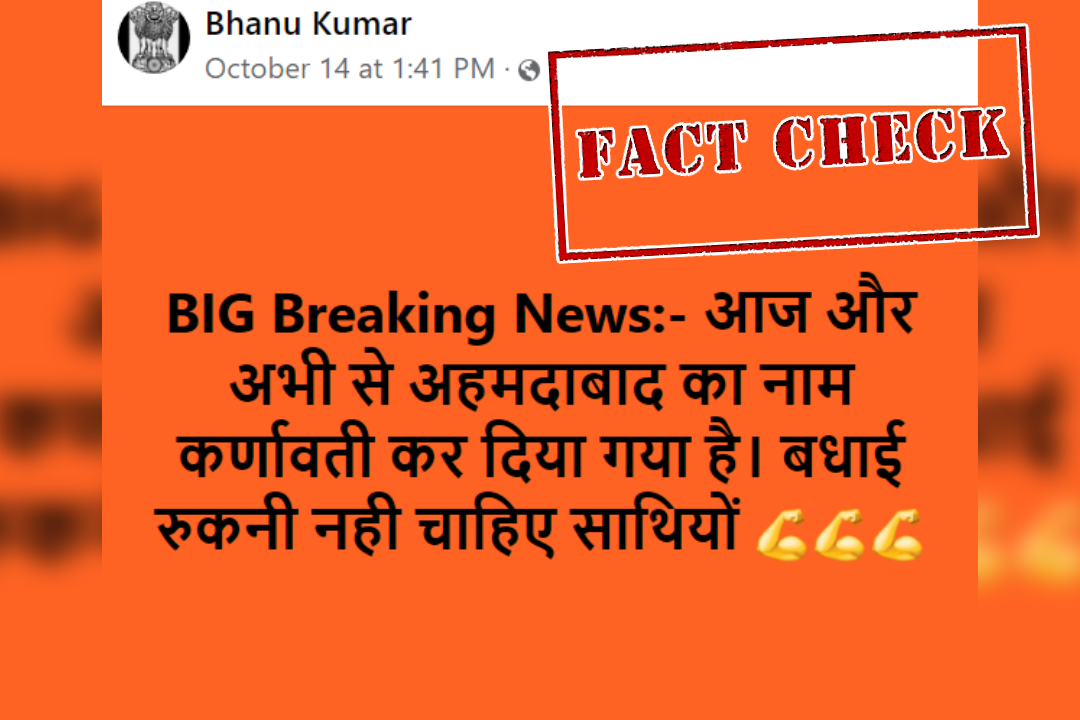 A post claiming that Ahmedabad has been renamed as Karnavati is being widely shared on social media.

The post is being shared on Facebook in Hindi that can be roughly translated in English to, “BIG Breaking News:- Today and from now on, the name of Ahmedabad has been changed to Karnavati. Congratulations should not stop, friends.” 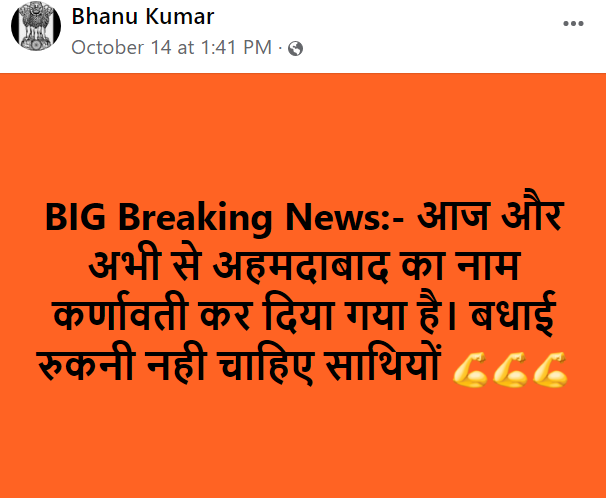 Starting with our investigation, we did a keyword search but could not find any credible news report corroborating the viral claim. Had such a decision been taken, it would have been covered in the mainstream media. 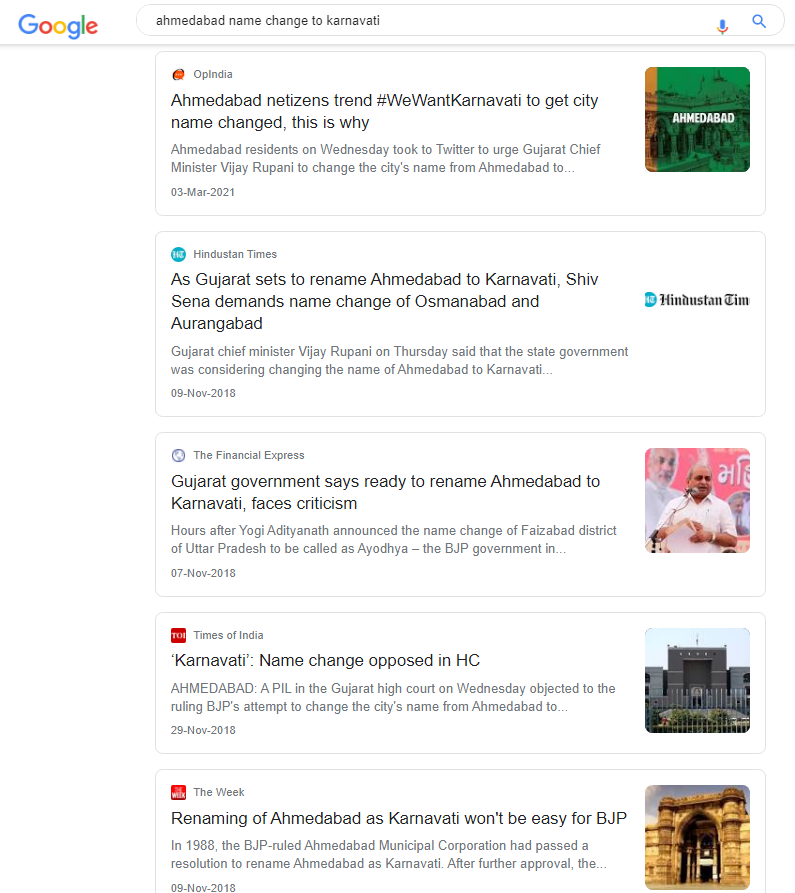 We also checked the official website of Ahmedabad district where the name of the district is still Ahmedabad. Thus, it is evident that Ahmedabad’s name has not been changed to Karnavati.

According to news reports, when the matter reached the High Court in 2019, “Gujarat High Court, for the time being, rested the controversy over the proposed change of the city’s name from Ahmedabad to Karnavati and disposed of public interest litigation (PIL) seeking the court’s intervention in restraining the government from doing so.” We could not find any recent development stating that Ahmedabad has been renamed as Karnavati. 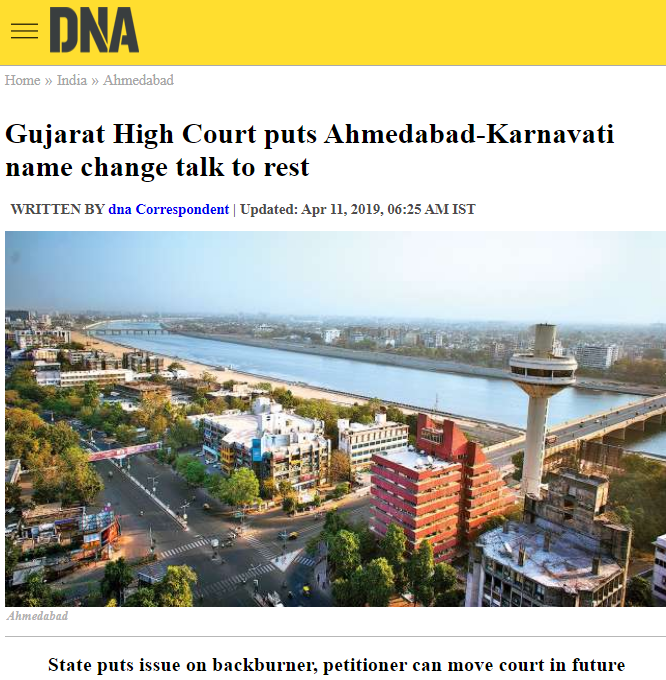 Thus, it is evident from the above information that the viral post claiming that Ahmedabad has been renamed as Karnavati is FAKE.