Bangladesh has recently witnessed a spate of communal violence where Hindu temples and houses have been vandalised claiming many lives. In this backdrop, a photograph of a woman sobbing has gone viral on social media claiming that she is a victim of recent violence.

Social media users are using hashtags like “#durgapujasave #bangladeshsavehindu #attackiskcontemple” asserting that the incident relates to the recent violence in Bangladesh.

The image is being shared on Facebook with a caption in Bengali that can be roughly translated in English to, “Purnima Rani said, the attackers entered the house and wanted to know where her two young daughters are. They broke into the house and took away the money and cows and set the house on fire. #savebangladeshsanatoni #sanatonfamily  #durgapujasave #bangladeshsavehindu #attackiskcontemple.” 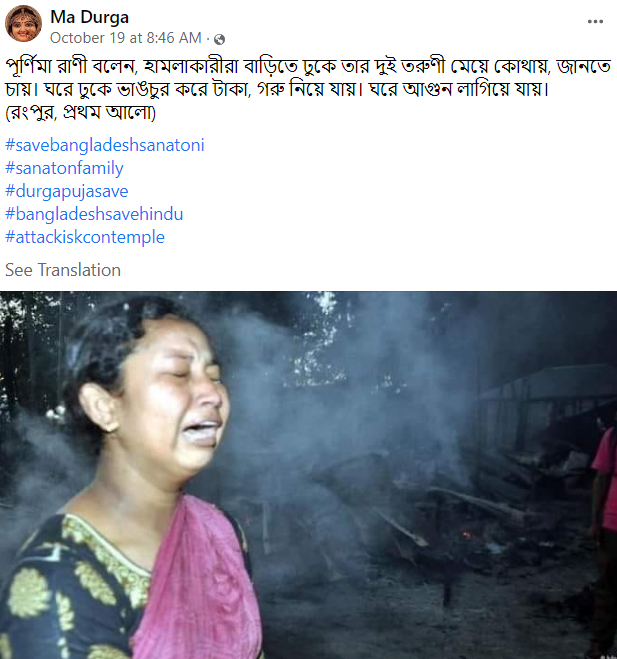 Doing a simple Reverse Image Search, we found a similar image published in a news article dated November 10, 2017. The headline of the article reads, “Clash over the Facebook post, 1 killed in Rangpur.” The caption of the image reads, “A woman bursts into tears as miscreants torch her house during a clash following a Facebook post demeaning Islam in Sadar Upazila of Rangpur on November 10, 2017.” 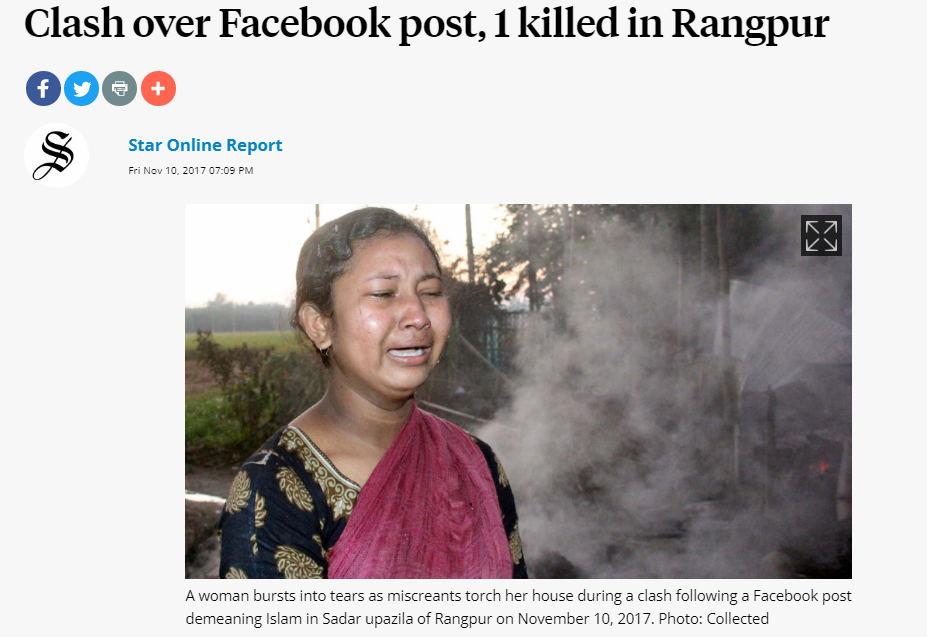 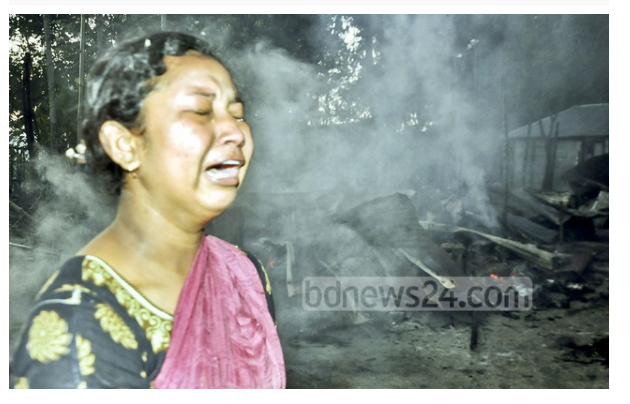 Searching further, we did a keyword search and found that a news report published by Bangladesh’s Prothom Alo newspaper mentioned Purnima Rani’s name. According to the news report published on October 18, 2021, the miscreants attacked Hindu houses in Pirganj of Rangpur district. Houses were set on fire and money was looted. 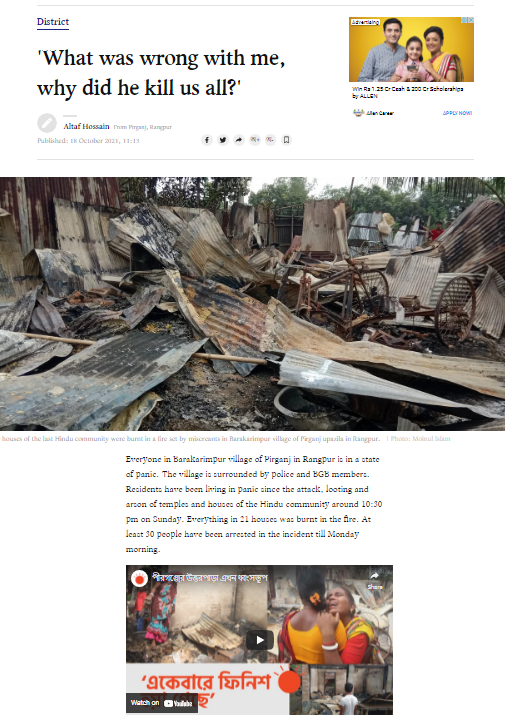 The article further states, “Purnima Rani said the attackers entered the house and wanted to know the whereabouts of her two young daughters. The miscreants broke into the house and took away 50,000 rupees and a cow.”

The video attached with this report shows Purnima Rani. One can notice that there is no similarity between her and the image in the viral Facebook post.

Thus, it is evident from the above information that an old image from 2017 is being falsely linked to recent violence in Bangladesh. Therefore, the viral claim is misleading.