Home NM FACT CHECKER Fact Check: Does This Image Show ISKCON Monk Who Was Killed In... 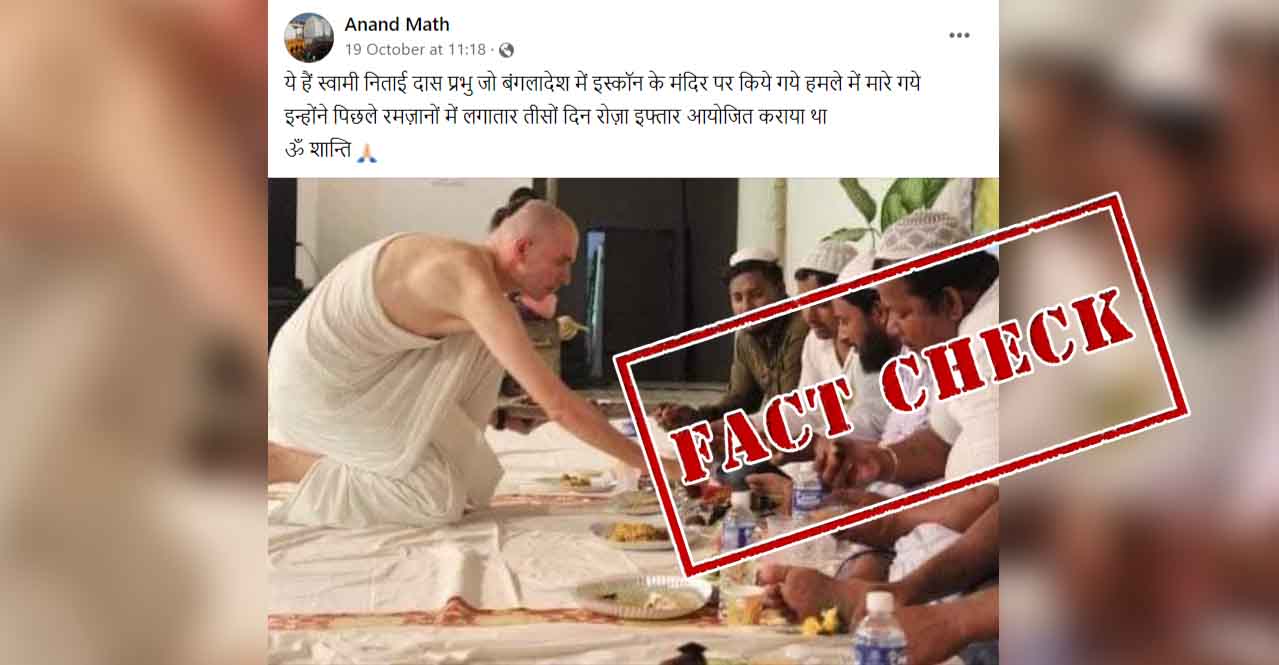 Amidst the ongoing communal violence in Bangladesh, a picture of a monk serving food to a few Muslim men is being shared on social media with a claim that he is the same person who was killed in the recent attack at the ISKCON temple in Bangladesh.

(English Translation: This is Swami Nitai Das Prabhu who was killed in the attack on the ISKCON temple in Bangladesh. He had organized fasting iftar for thirty consecutive days in the last Ramadan. Om Shanti) 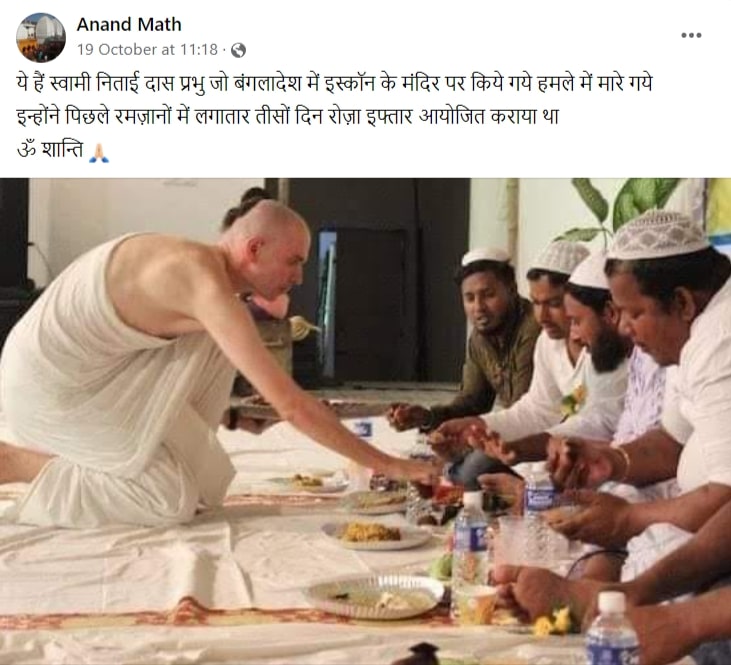 Here’s the link to the above post.  More such posts can be seen here, here and here.

We ran a keyword search and found that ISKCON released a report on October 17, 2021, in connection with the recent attack in Bangladesh. The report mentioned that two devotees, Pranta Chandra Das and Jatan Chandra Saha, were killed during these attacks. 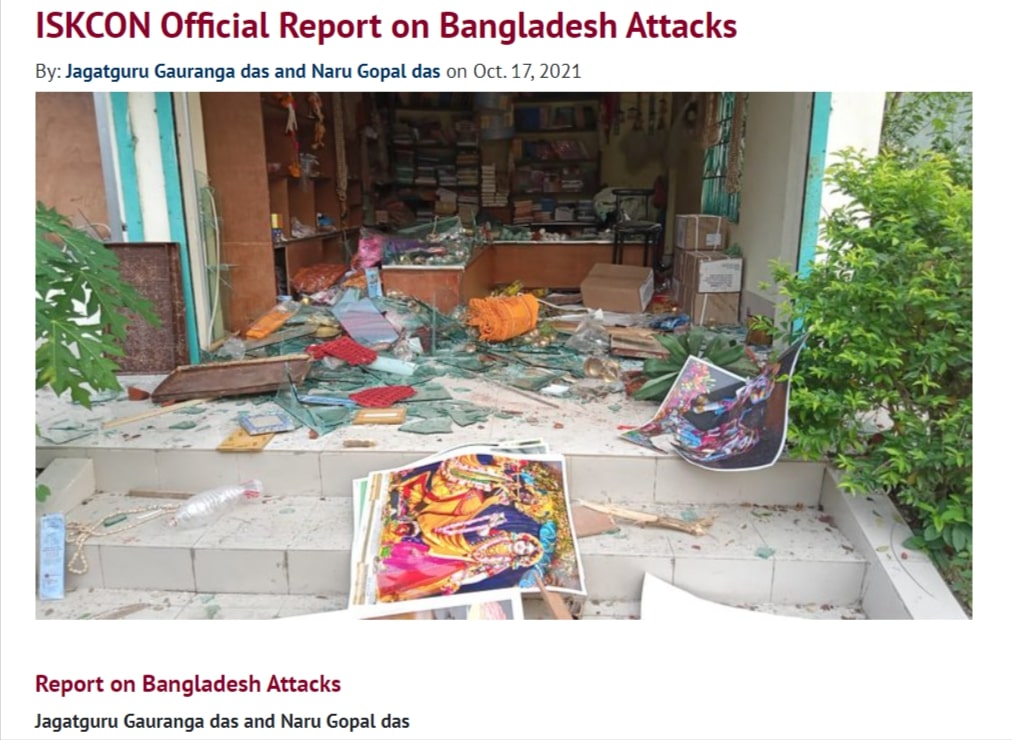 “It is with a heavy heart that we inform you that our ISKCON Sri Sri Radha Krishna, Gaura Nityananda Jew Temple in Choumoni was part of these attacks and that two devotees, Pranta Chandra das (whose dead body was found in a pond the next day) and Jatan Chandra Saha, were murdered during these attacks. Another devotee, Nimai Chandra das, remains hospitalized in a critical condition. All residential devotees were physically attacked and have sustained injuries,” the report read.

The same was also mentioned in the official statement which was tweeted by ISKCON on October 18, 2021. 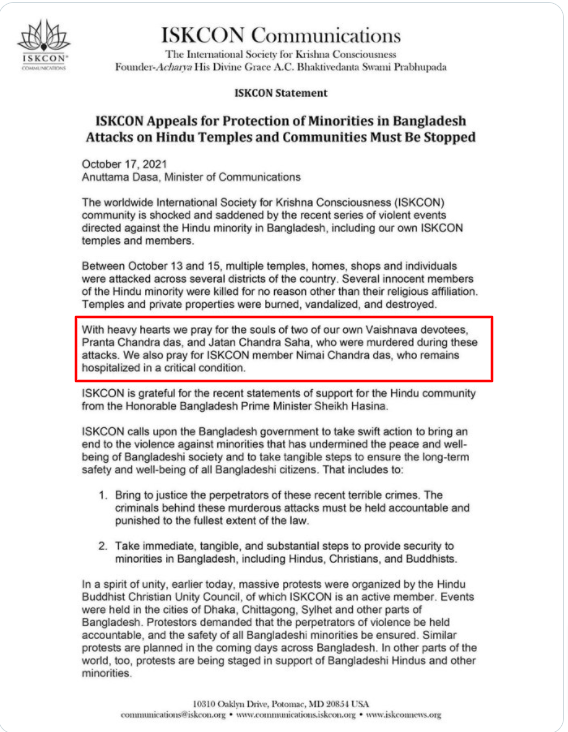 Thus from the above statement, it is clear that the claim about a monk being killed in the attack is false.

We then put the image through Reverse Image Search and found that the same image was present in an article from 2019. 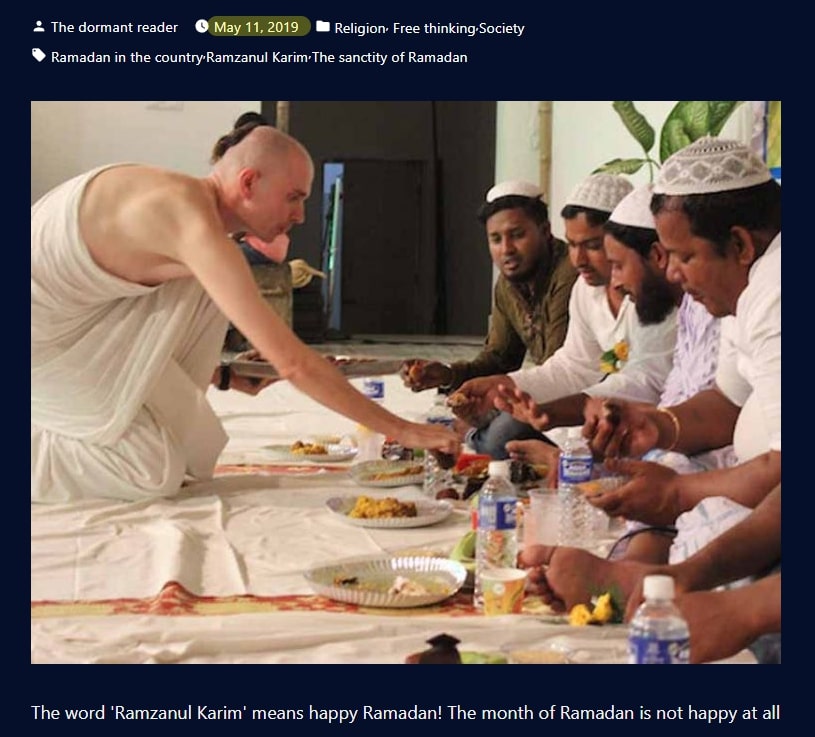 We ran another search and found that the same image was also shared in an article by UCA News in 2016. “Hindu group hosts fast breaking event for Muslims, ” the headline of the article read. 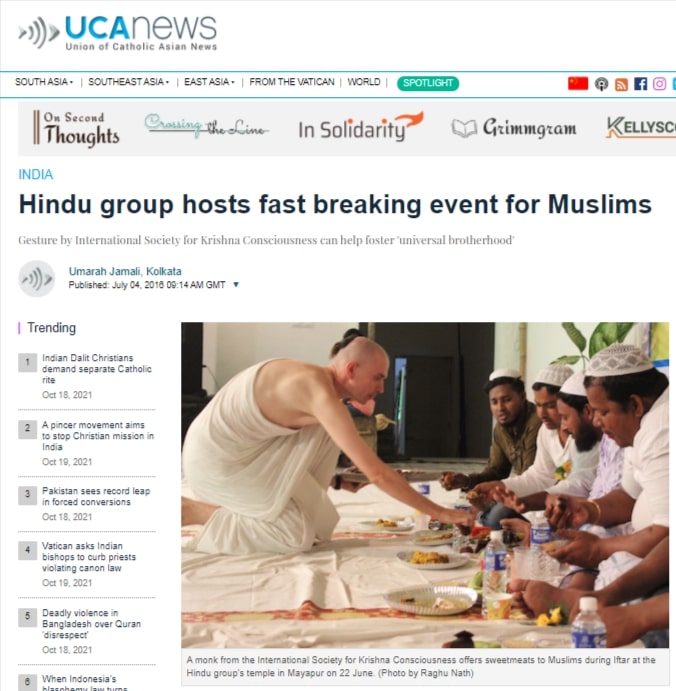 The caption of the picture read, “A monk from the International Society for Krishna Consciousness offers sweetmeats to Muslims during Iftar at the Hindu group’s temple in Mayapur on 22 June. (Photo by Raghu Nath)”

Thus it is clear that a 2016 picture of the ISKCON temple in Mayapur, West Bengal is falsely being shared with a claim that a monk was killed in Bangladesh during recent attacks.