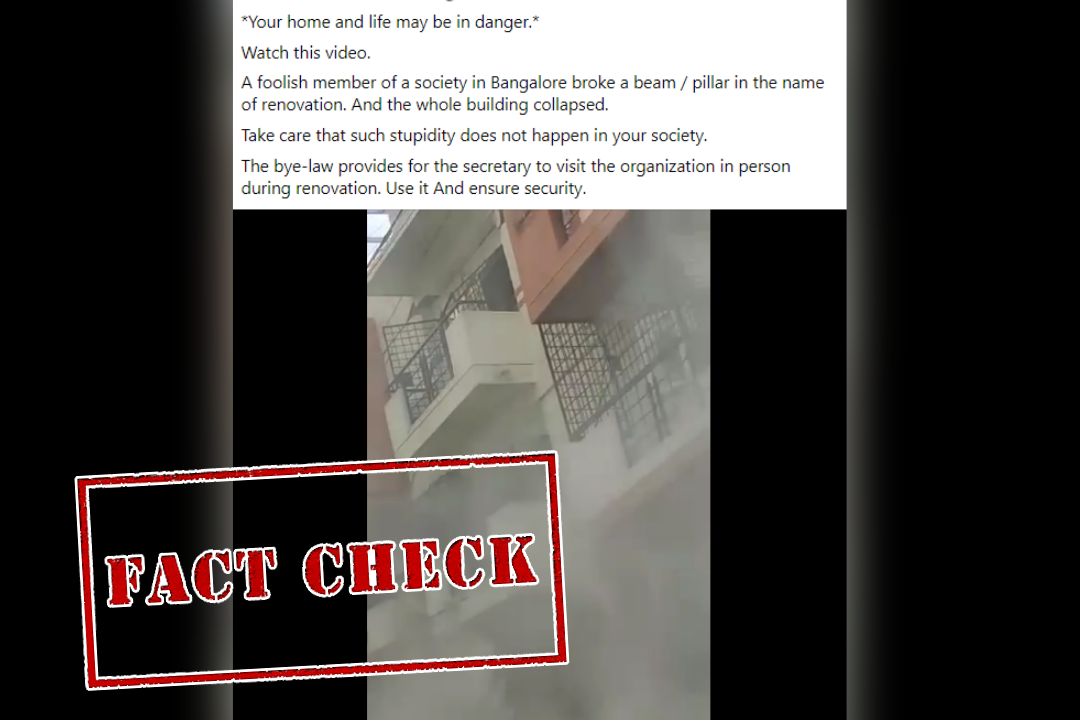 A video of a building collapsing is being shared on social media with a claim that a person in Bangalore broke a beam/pillar of the building in the name of renovation which led to the collapse of the whole building.

The video is being shared on Facebook with a caption in English that reads, “Your home and life may be in danger. Watch this video. A foolish member of society in Bangalore broke a beam/pillar in the name of renovation. And the whole building collapsed. Take care that such stupidity does not happen in your society. The bye-law provides for the secretary to visit the organization in person during renovation. Use it And ensure security.” 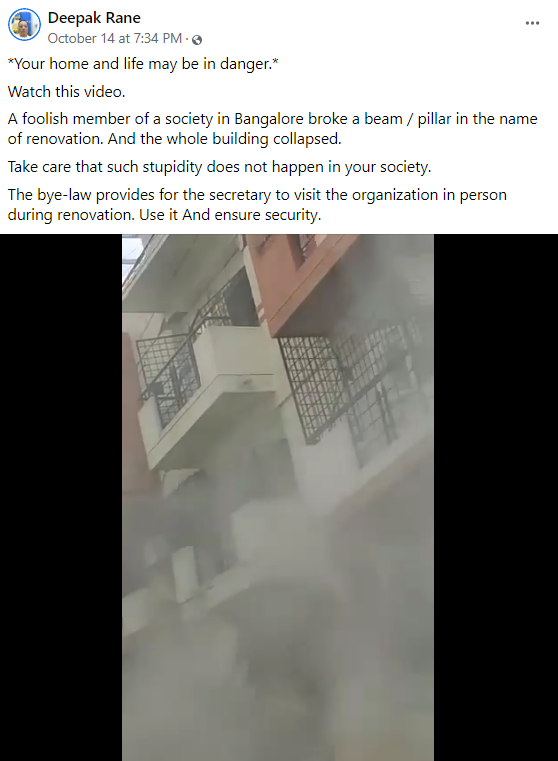 We extracted keyframes from the video and performed a Reverse Image Search. This led us to a video news report published by the Hindustan Times that featured the same viral video. The video uploaded on October 8, 2021, states, “A video of a three-storey building collapsing like a pack of cards has gone viral. The residential apartment is reportedly located in the Kasturi Nagar area of Bengaluru.”

A video news report published by NDTV on October 7, 2021, also carried the same viral video with a description that read, “A three-storey building collapsed in Bangalore’s Kasturi Nagar, the third such incident in a fortnight. No injuries or casualties were reported, officials said.”

NDTV also published an article reporting the same incident stating, “A three-storey building collapsed in Bangalore’s Kasturi Nagar on Thursday afternoon, the third such incident in a fortnight. No injuries or casualties were reported, officials said. Residents were evacuated right in time after a tilt was noticed in the building early in the morning.”

Searching further, we found multiple news articles that reported the same incident. According to one article published on October 8, 2021, the building tilted a few days ago. Sensing danger, residents had reportedly informed Bruhat Bengaluru Mahanagara Palike,  following which residents and those living in the vicinity were soon evacuated by BBMP officials. 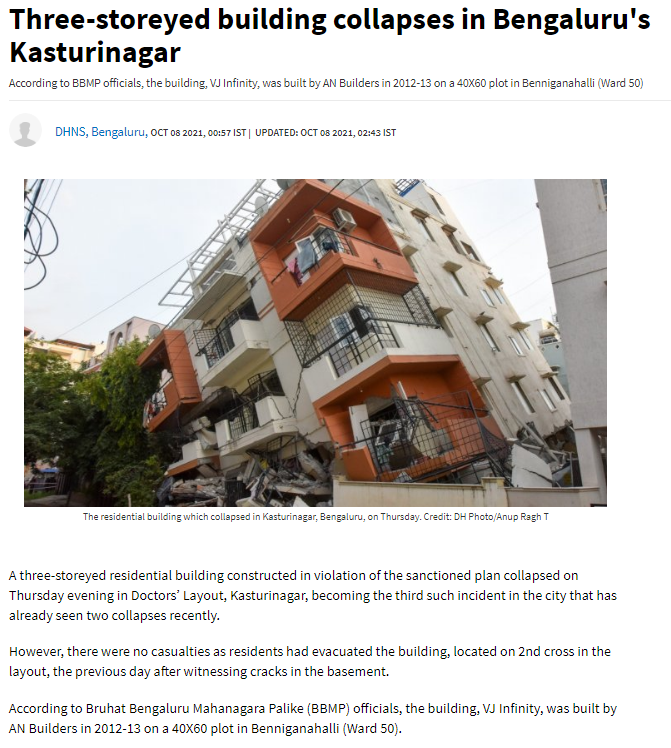 The report also mentioned that Gaurav Gupta, Chief Commissioner of the BBMP ordered demolition of the building. “We will start demolishing the building and complete it by Friday evening. We have evacuated the residents of adjoining two buildings as a safety precaution,” Gupta was quoted as saying in the evening.

Thus, it is evident from the above information that a video showing a building being demolished in Bengaluru is being shared with misleading claims.