Fact Check: No, This Picture Is NOT Of The Ongoing Anti-Vaccine Protest In Italy; Here’s The Truth | Newsmobile
Monday, September 26, 2022

Home NM FACT CHECKER Fact Check: No, This Picture Is NOT Of The Ongoing Anti-Vaccine Protest... 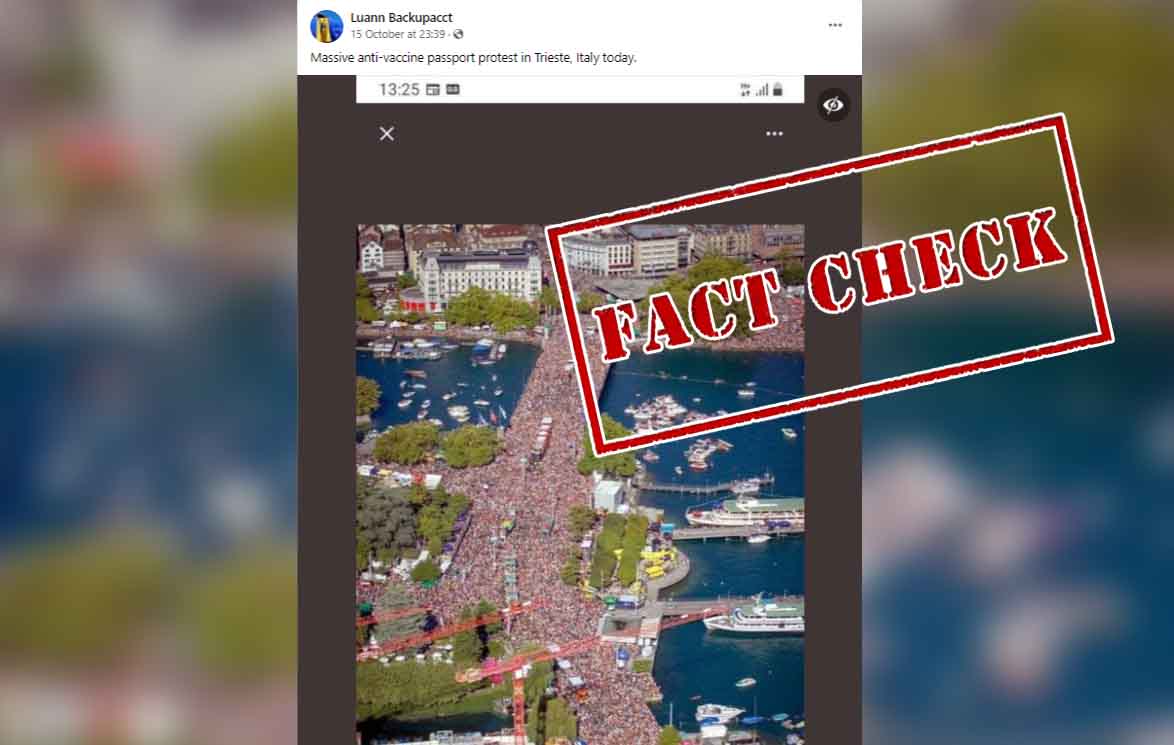 Protests broke out across Italy against mandatory health pass which requires vaccination. The new health measure requires ‘workers to show proof of vaccination, a negative rapid swab test or recent recovery from Covid-19 before returning to offices, schools, hospitals or other work places’.

In this backdrop, a picture of a protest is being shared on social media to claim that it shows protests in Italy against the vaccine mandate. 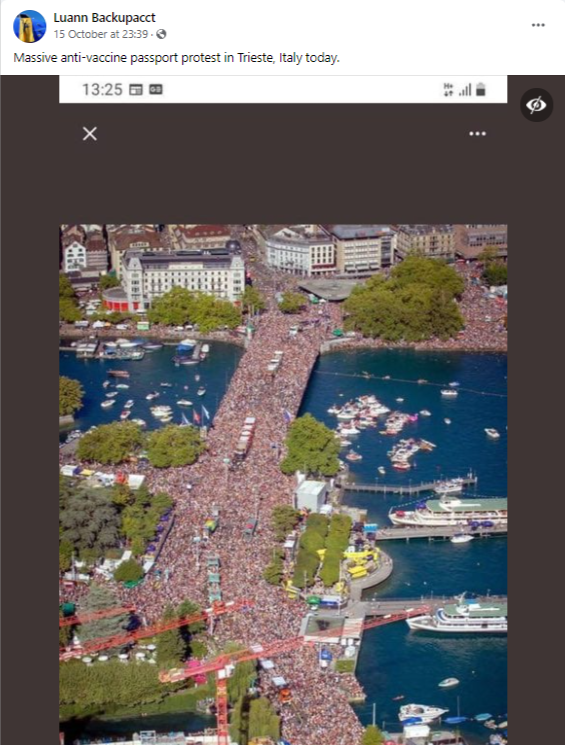 We ran a Reverse Image Search and found the same picture in a photo gallery on the website of Street Parade, which took place in Switzerland in 2018. 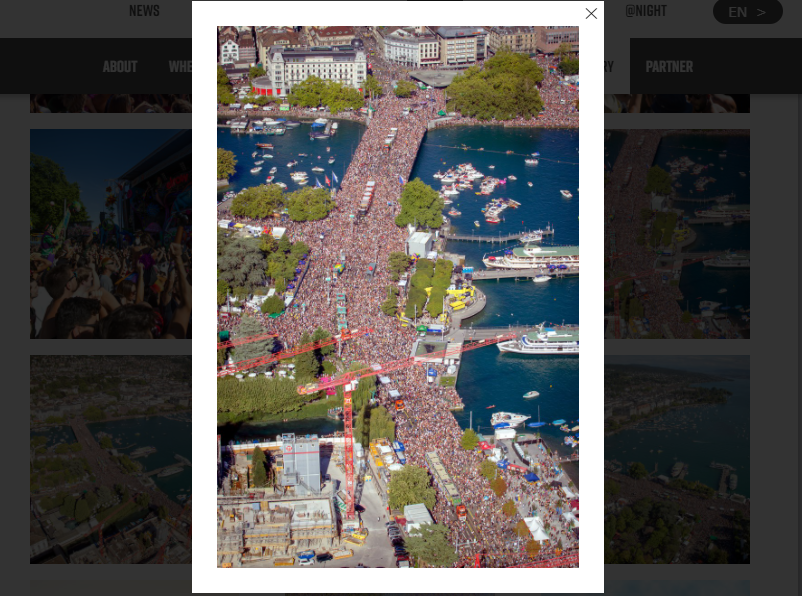 Other similar pictures of the festival from different angles were also available on the site.

On comparing the viral post and the real post we can clearly see that this picture is from Switzerland, not Italy. 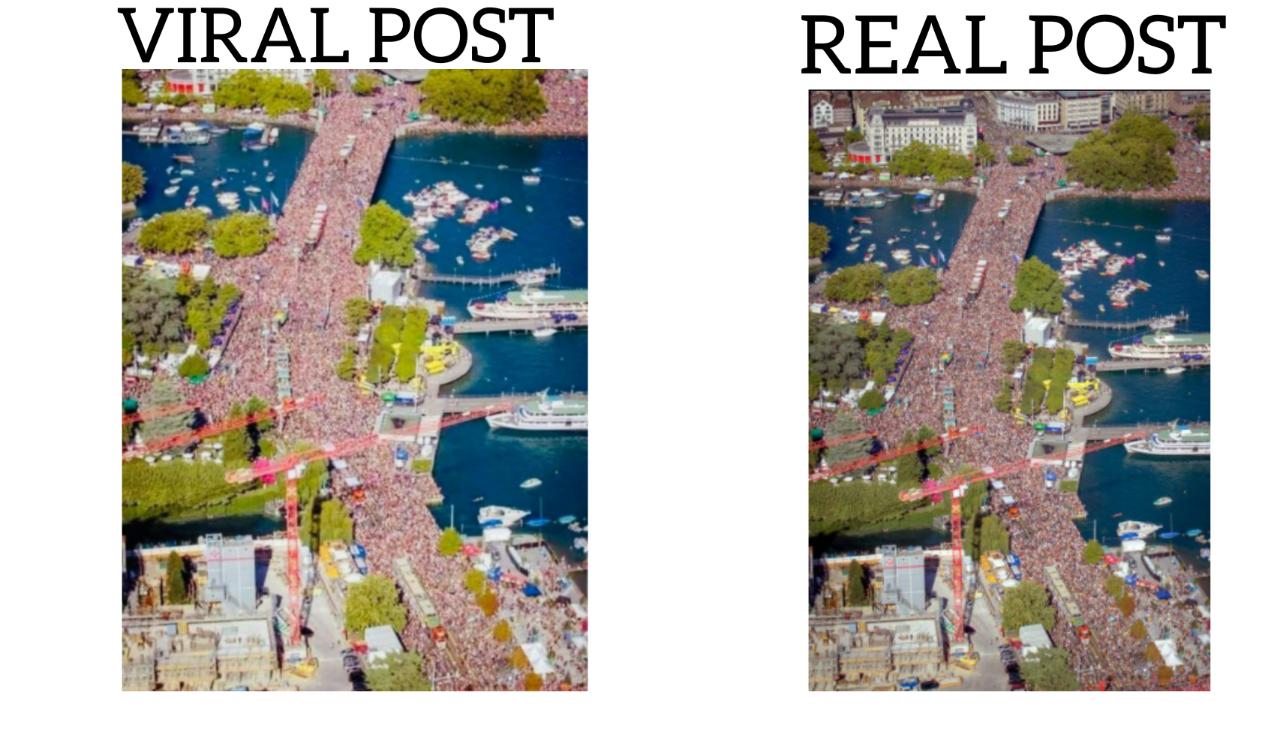 We also found similar aerial photographs of the event in Switzerland on Hellozurish claiming that the picture is of the Verein Street Parade in Zürich, Switzerland.

On comparing the viral picture, Google Maps picture and Google Earth Picture, we can clearly see that the picture is from Switzerland and not Italy. 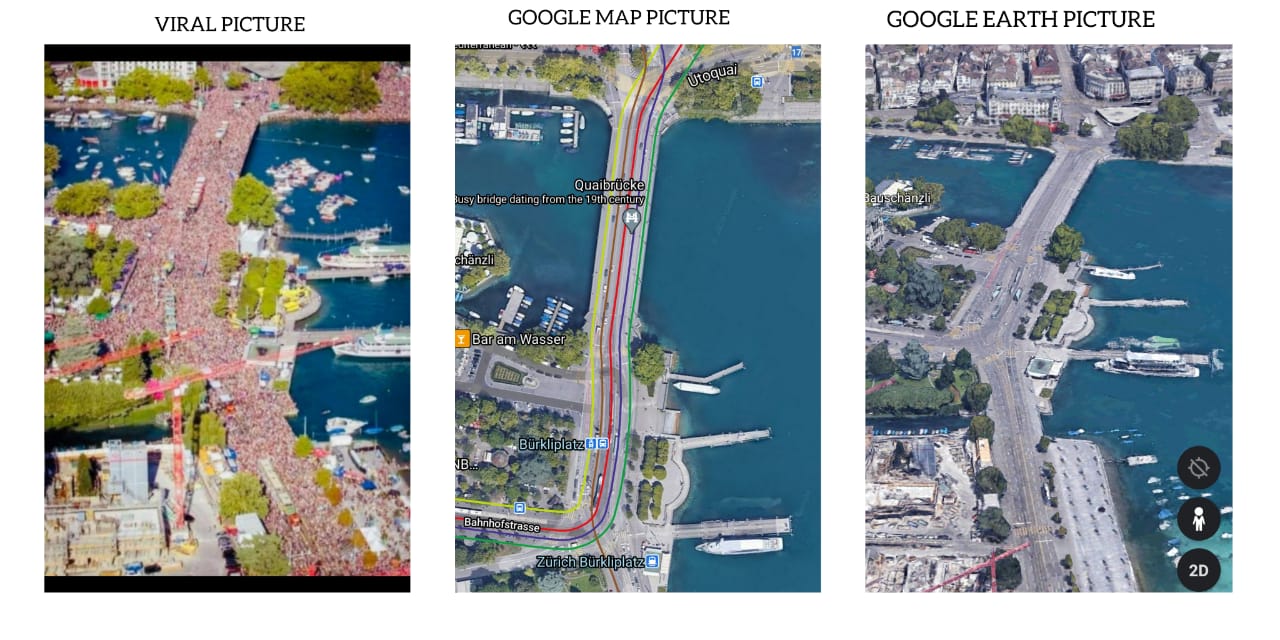 Earlier, NewsMobile debunked the same image which was shared as President Donald Trump’s rally in Florida.

Fact Check: This picture is NOT of President Donald Trump’s rally in Florida; find out the truth

Based on the above information, we can say the viral picture is old and is not related to the ongoing protest in Italy. Hence, the social media post in question is misleading.