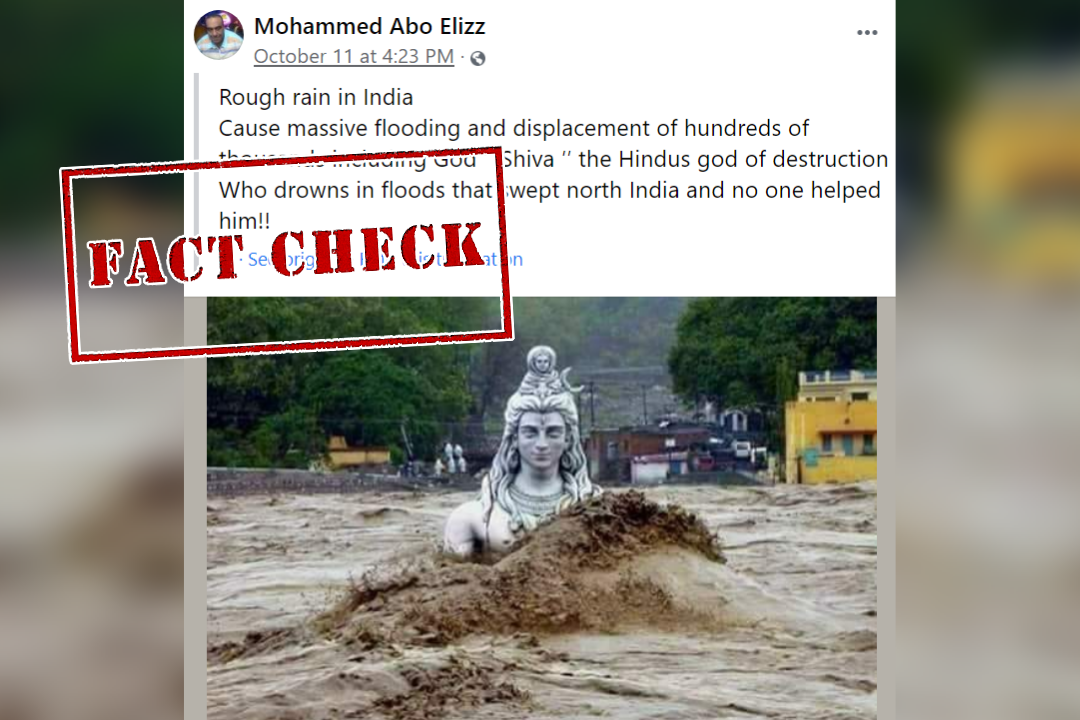 An image in which a statue of Lord Shiva appears to be nearly submerged in water is being shared on social media with a claim that it shows the impact of recent heavy rains in India.

Kerala, along with Uttarakhand has witnessed heavy rains which led to heavy floods leaving several people dead and scores missing. The floods also caused landslides and destroyed buildings and homes.

The image is being shared on Facebook with a caption in Arabic that can be roughly translated in English to, “Rough rain in India. Cause massive flooding and displacement of hundreds of thousands including God “Shiva” the Hindus god of destruction. Who drowns in floods that swept north India and no one helped him!!” 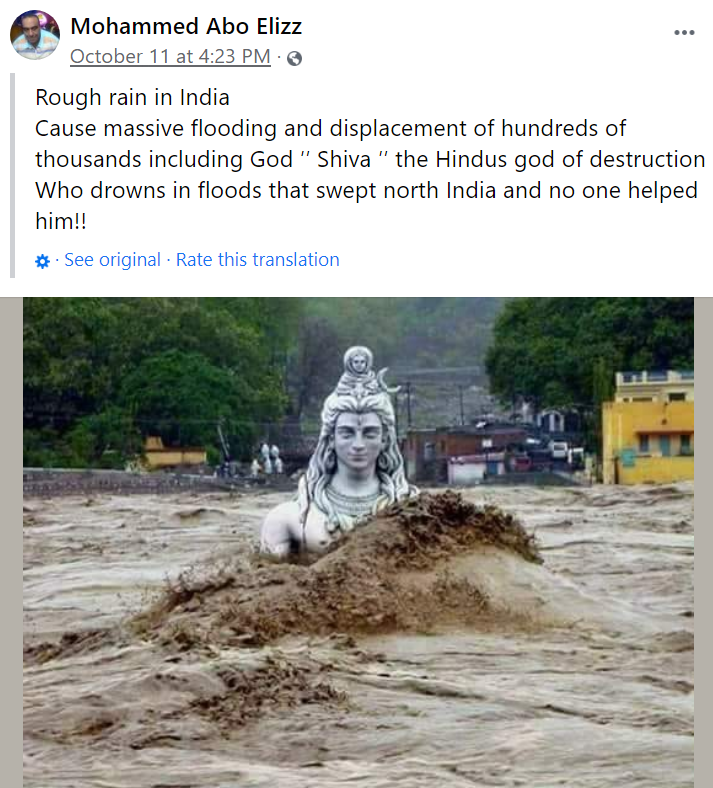 Starting with our investigation, we performed a Reverse Image Search which led us to an article published by The Hindu dated June 28, 2013, that carried the same viral image. The caption of the image read, “A submerged idol of Hindu Lord Shiva stands in the flooded River Ganges in Rishikesh, in the northern Indian state of Uttarakhand, India, Tuesday, June 18, 2013. Monsoon torrential rains have caused havoc in northern India leading to flash floods, cloudbursts and landslides as the death toll continues to climb and more than 1,000 pilgrims bound for Himalayan shrines remain stranded.” 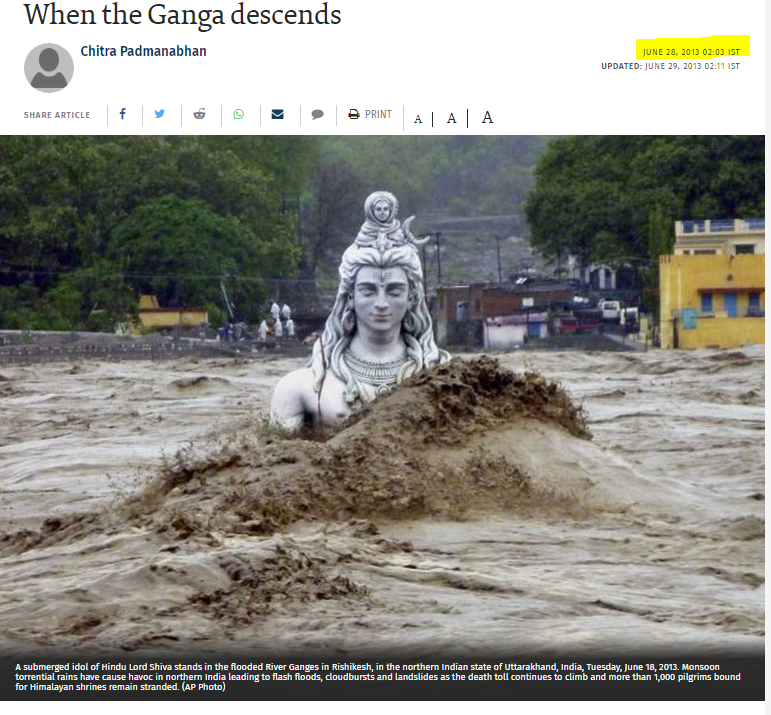 We found the same image uploaded in an article published by the Hindustan Times on June 19, 2013. The caption of the image read, “A submerged idol of Hindu Lord Shiva stands in the flooded River Ganges in Rishikesh.” The article further stated, “The shrine of Shiva, visited by Hindu pilgrims from across the world, was only partly damaged amid the death and destruction cloudbursts, flash floods and landslides caused in various parts of Uttarakhand. It’s raining disaster.” 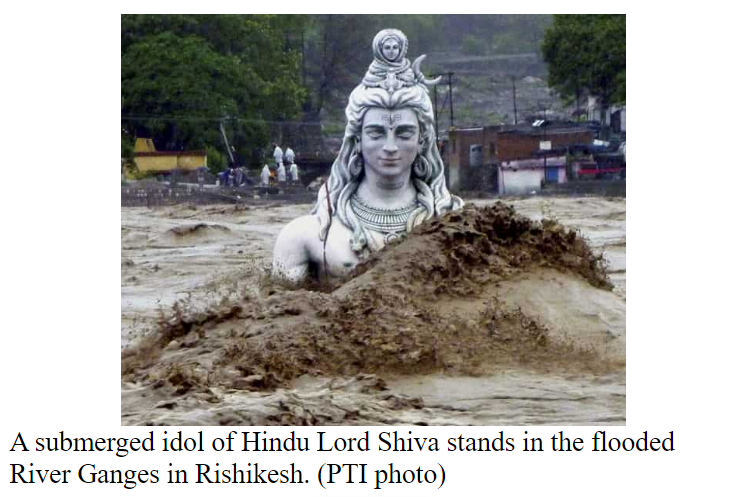 The same image was carried in another article published on June 19, 2013, that stated, “The annual monsoon rains have come heavy and early to India, swelling the Ganges, India’s longest river, sweeping away houses, stranding thousands, and killing more than 100 so far. Record downpours fell in Uttarakhand state, situated in the foothills of the Himalayas, causing mudslides and flooding mountain villages.”

The same visuals were also carried by India TV in their video news report published in 2013. The video description reads, “Uttarakhand Flood: Lord Shiva idol washed away in Rishikesh. The Statue of Lord Shiva is 20 feet tall. Rishikesh is known in India as one of the holiest towns blessed by both Ganga Maata and Lord Shiva. Badrinath flood makes the river Ganga flown over Lord Shiva idol.” Check a similar report here.

Thus, it is evident from the above information that an image of the 2013 Uttarakhand floods is being shared as recent. Hence, the viral post is misleading.