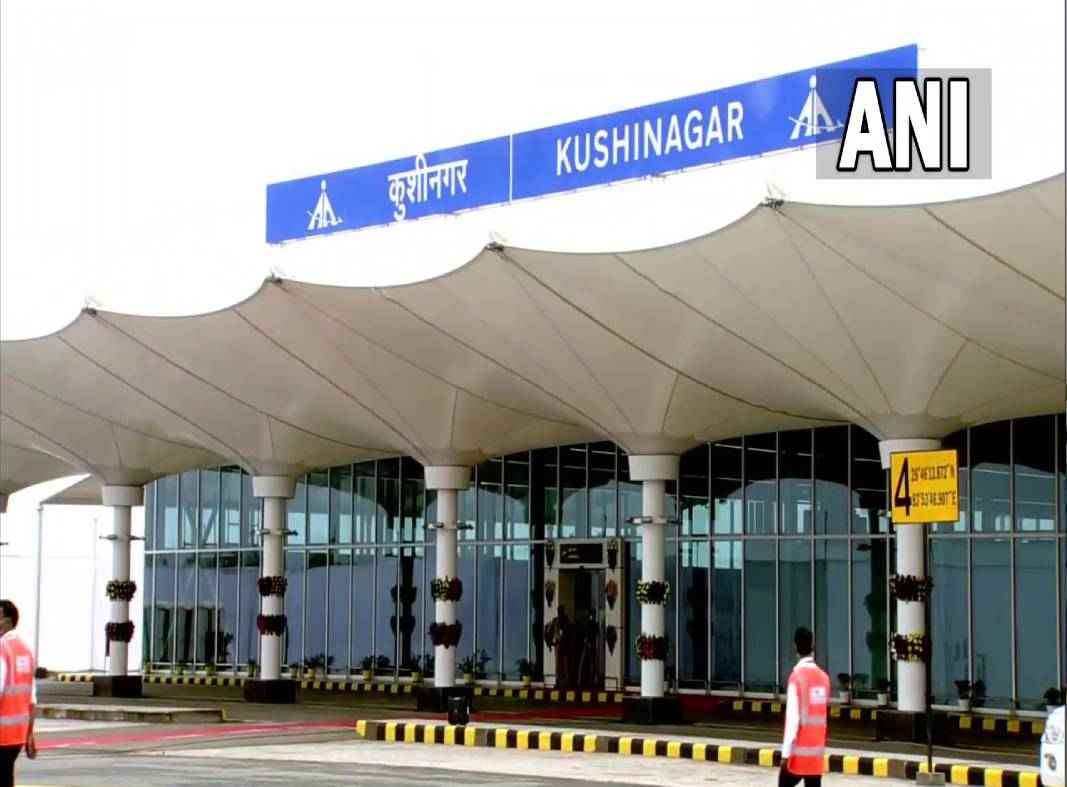 Prime Minister Narendra Modi on Wednesday said that the Kushinagar International Airport in Uttar Pradesh will create an ecosystem of business.

He also highlighted that airport will not only serve as a mode of air connectivity but also benefit farmers, shopkeepers, workers, local industrialists among others and will also generate employment for youths. Addressing people after inaugurating the Kushinagar International Airport, the Prime Minister said, “Kushinagar International Airport won’t just be mode of air connectivity. Be it farmers, animal keepers, shopkeepers, workers, local industrialists — it will benefit all. It will create ecosystem of business. Tourism will get maximum benefit. It will generate employment for youth here.”

He further said that SpiceJet is starting a direct flight between the national capital and Kushinagar which will benefit local passengers and devotees.

“I have been informed that in the next few weeks, SpiceJet is starting a direct flight between Delhi and Kushinagar. This will help local passengers and devotees,” he noted.
Talking about the divestment of the national carrier, Prime Minister said, “A major step related to Air India was taken recently to run the country’s aviation sector professionally and to give priority to facilities and security. This step will give new energy to India’s aviation sector.”

The Prime Minister said that another major of Central government is related to the opening of defence airspace for civil use.

On the recently launched Prime Minister Gati Shakti scheme, the Prime Minister said, “The scheme will not only improve the governance, it will also ensure that road, railway, airplane support each other and increase each other’s capacity.”

The Prime also highlighted the development of Kushinagar is in the priorities of the Uttar Pradesh government and the central government.

The Kushinagar International Airport has been built at an estimated cost of Rs 260 crore. It will facilitate domestic and international pilgrims to visit the Mahaparinirvana sthal of Lord Buddha and is an endeavour in connecting the Buddhist pilgrimage holy sites around the world. The airport will serve nearby districts of Uttar Pradesh and Bihar and is an important step in boosting the investment and employment opportunities in the region.